The post on model 60 upgrades can be found here
The post on the history of the model 60 can be found here
A list of modifications you can do to a model 60 are here
And this link will take you to the final post of the Marlin Model 60 Night Prowler Project
The Marlin model 60 has always been a budget priced gun which is a big reason for its massive following. It follows one of the oldest rules of business: "provide the buyer with more than they thought they would get for less then they thought they would pay"
The lower ownership cost comes with a downside......it tends to attract the "Bubbas" of the gun world.

This first one is not one of those, it is just the opposite, a real piece of craftsmanship. The owner decided to machine his own steel receiver and trigger guard. Then color case harden them. He also cast his own aluminum butt plate (he left it bare aluminum, that is why it looks white) and carved a walnut stock for it.
I found the pictures and story at the Home Shop Machinists Forum. The original URL is posted below.
https://bbs.homeshopmachinist.net/forum/gunsmithing/44329-guns-as-an-excuse 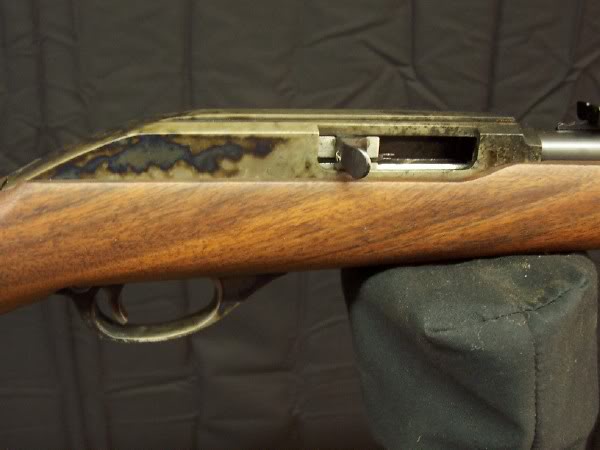 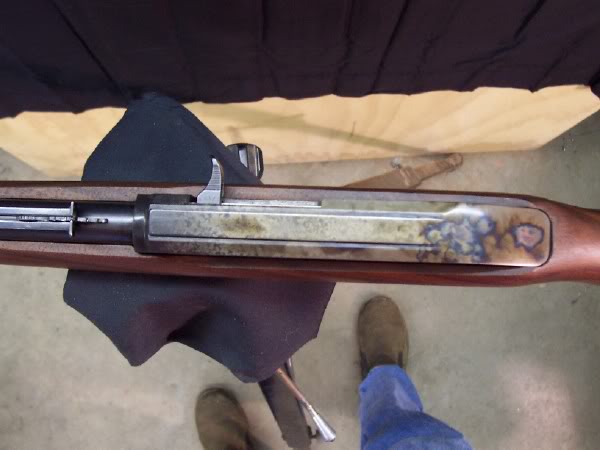 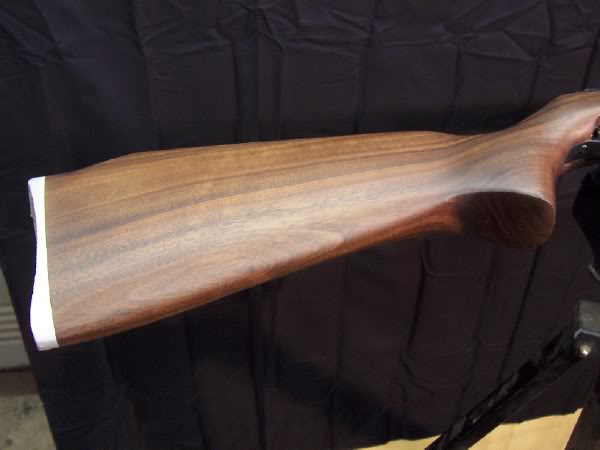 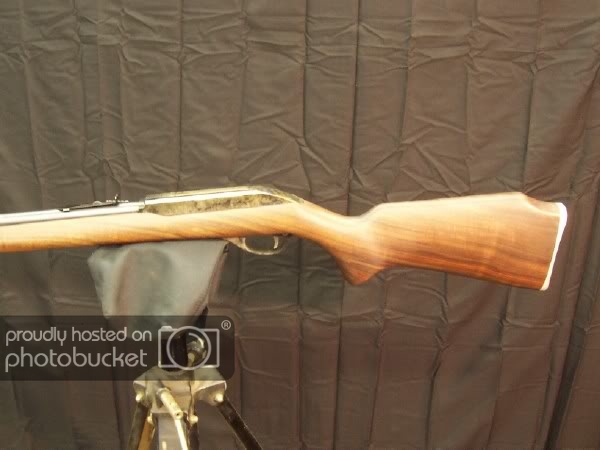 Another machinist, who goes by the name FN FAL, machined his own stainless receiver from scratch, see more info here 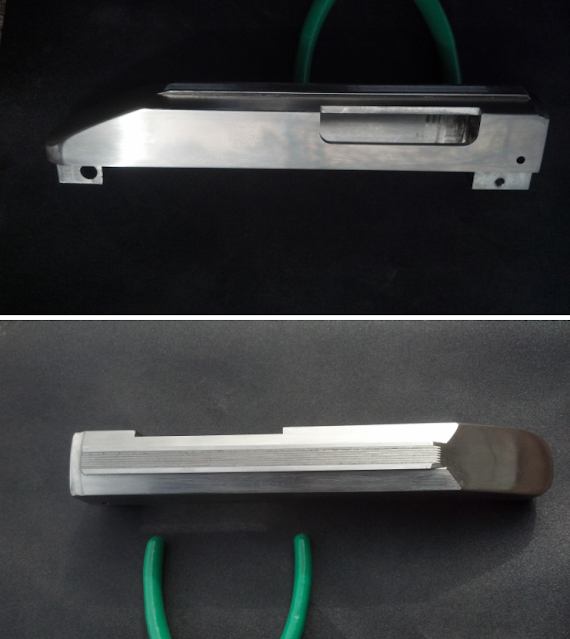 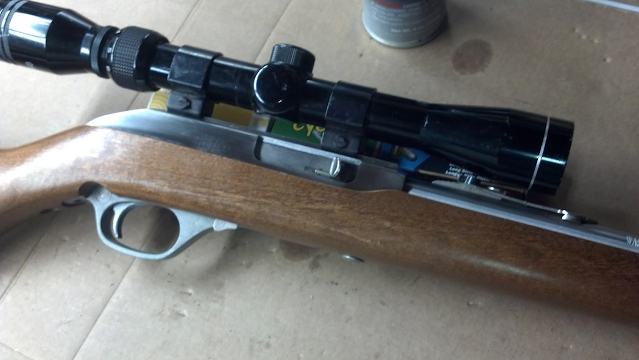 I don't know if I would call this full on "Bubba", I'll let the readers decide. 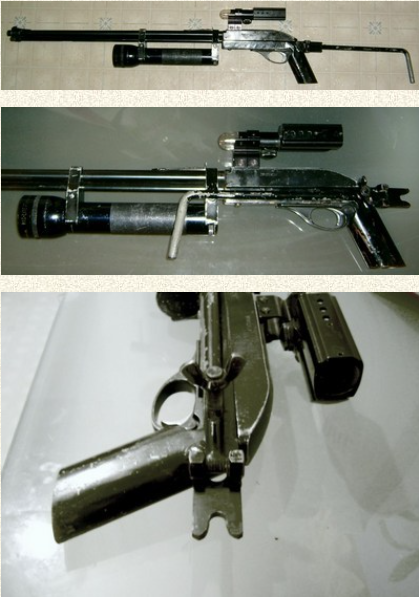 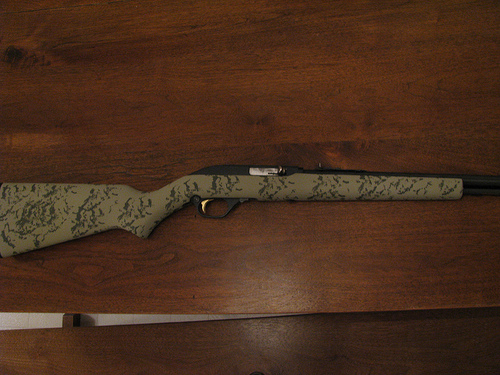 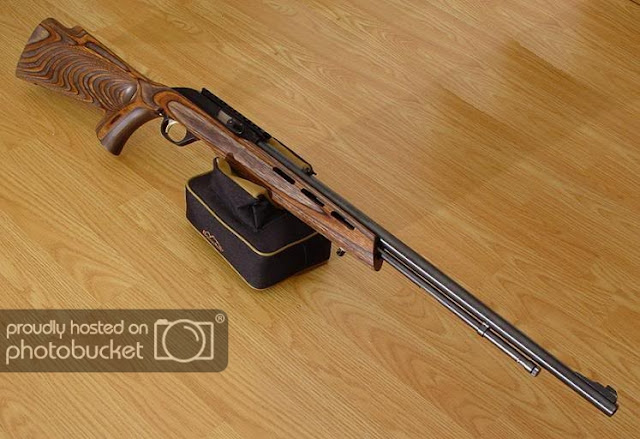 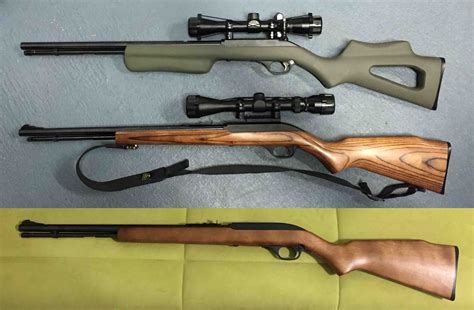 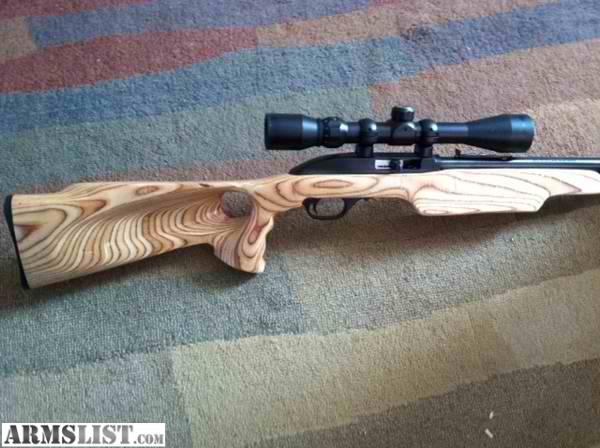 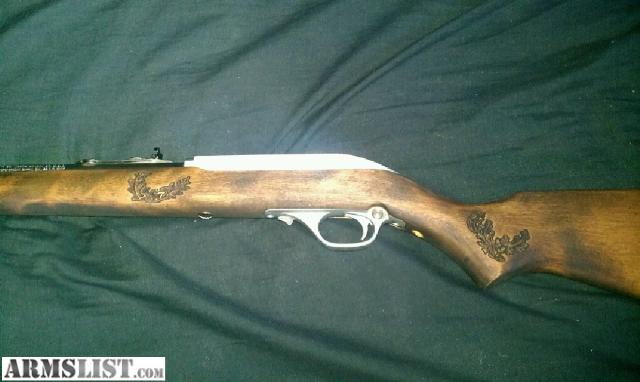 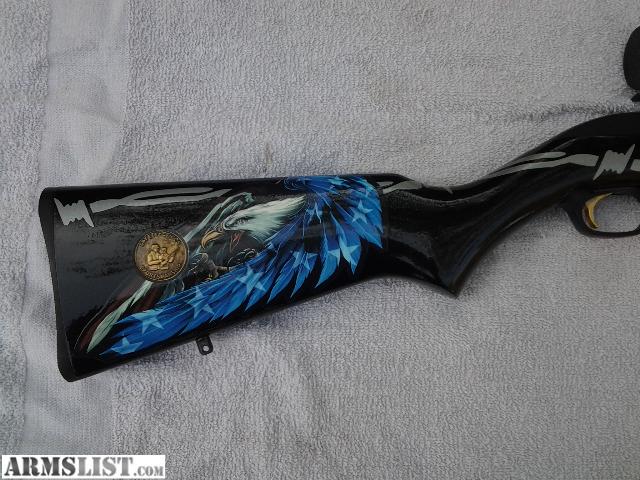 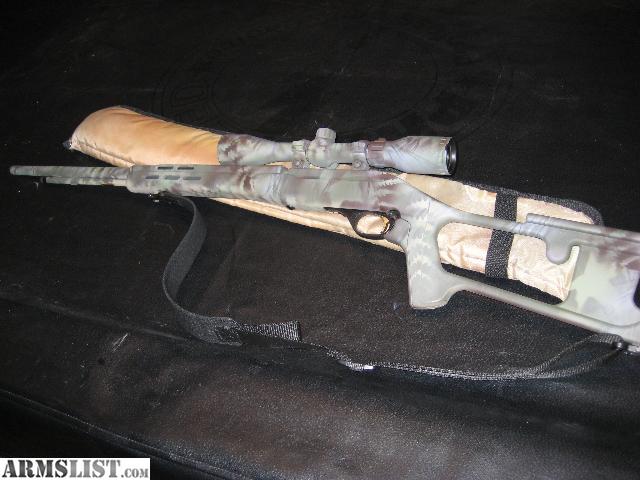 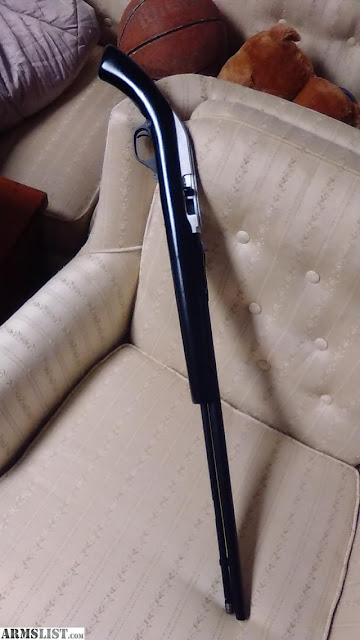 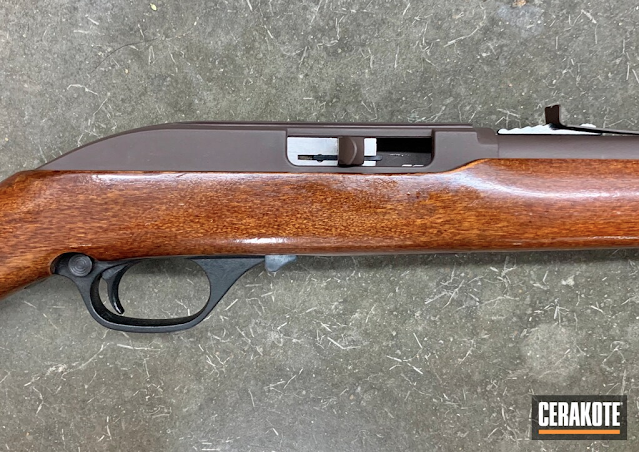 This one also received some sort of contrasting paint job 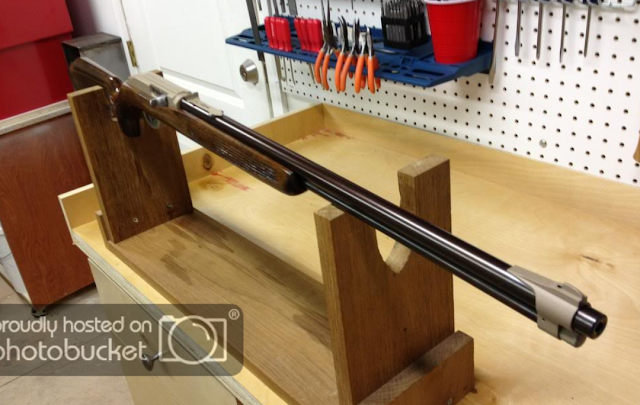 The next time someone tells you that a Marlin model 60 cannot be very interesting, show them this picture..... 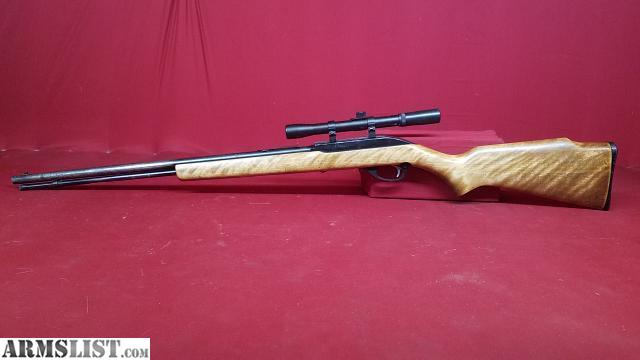 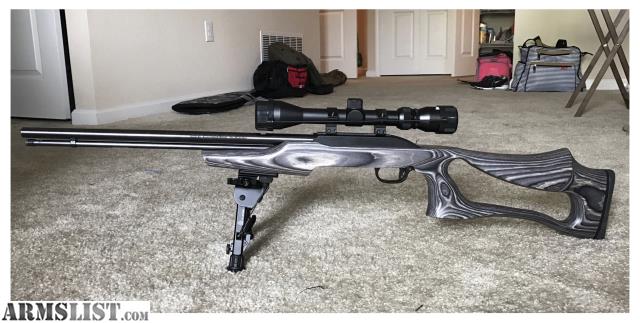 This last one come from a blogger known as the Kansas Redneck, he converted his model 60 into a model 70, then built a bull pup stock for it. See his blog here 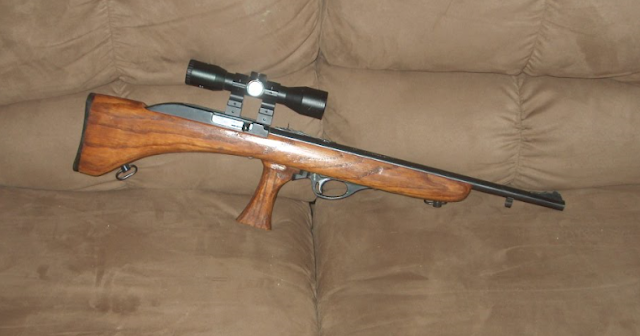 We will finish off this post with what is perhaps the fanciest Marlin (Glenfield) model 60 ever. This is the 2 millionth model 60 produced. Instead of following Marlin's traditional method of the first two digits indicating the year of manufacture, they used 2000000 for this one, which would indicate the year 1980 (subtract the first two digits from 2000)....but that would have to be a very weird coincidence.....
I tried to track down when this gun was manufactured, but I wasn't able to find a answer. Judging by the equipment on it I guess it was made between 1977 (it has the newer front sight and separate barrel band) and 1981 when the trigger guard was changed. Also the Glenfield name was dropped in 1983. So '77-81 is the best guess and 1980 may very well be the year it was made...Here is a thought, perhaps they knew in 1978/79 they were getting close to 2 million units made and built extra rifles to fill orders so that the first gun built in 1980 would be the 2,000,000th model 60?
photos courtesy of the NRA Firearms Museum, see more here 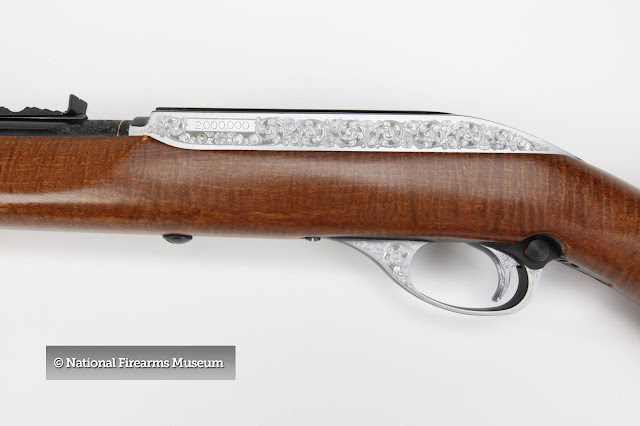 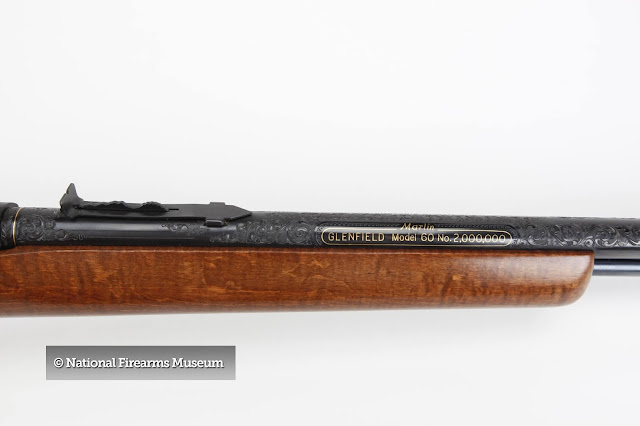 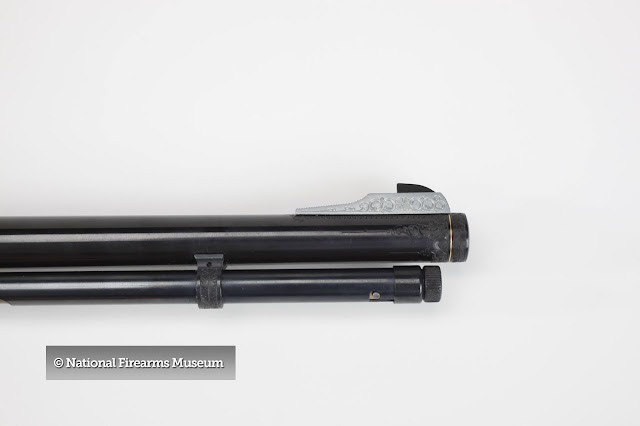 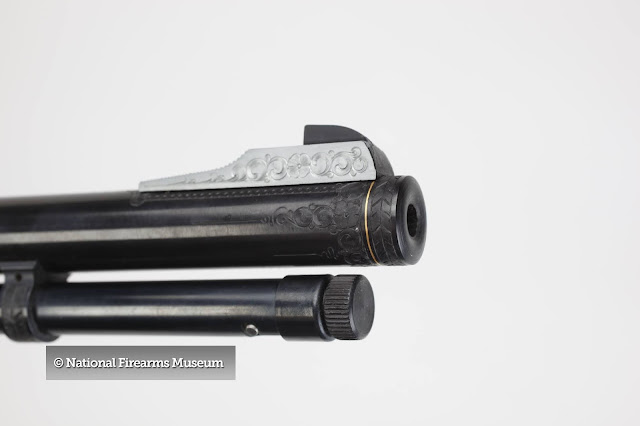 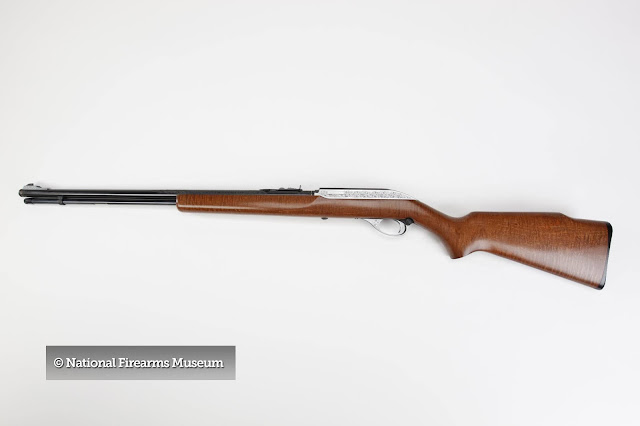 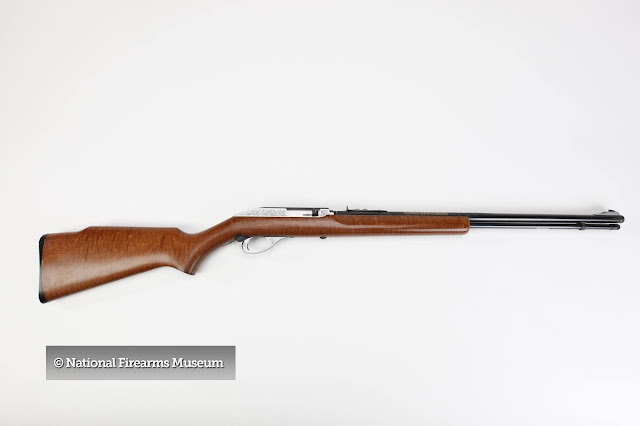