Roscoe almost gets a Make-Over

This is the third Colt Detective Special that I have worked on. Early on I reblued my Father's D.S. and then I cleaned up a 3rd series for my neighbor.

One of my fellow forum members bought a nice used Colt Detective Special and wanted to have it reblued and at the same time have the barrel swapped out for a 3" one.

According to the serial number this Detective Special was built in 1972, but appeared to be a Third Series (evidenced by the underlug with the ejector rod shroud). This may have been a mid-year change to the new barrels or someone swapped the barrel at one time.

You can look up your Colt serial numbers here.

It sports a set of beautiful Badger stocks and is in relatively good shape. 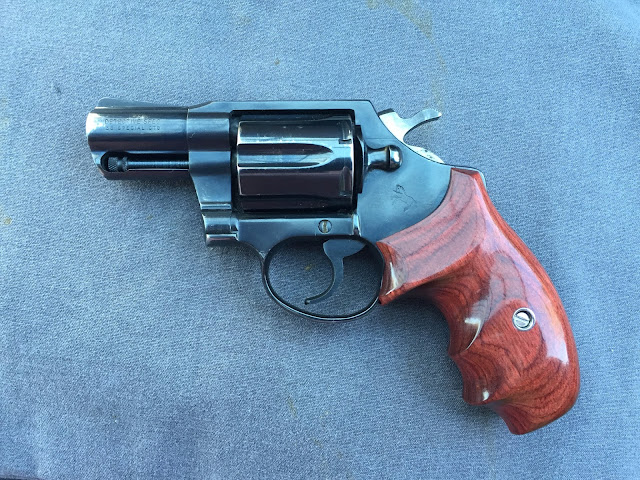 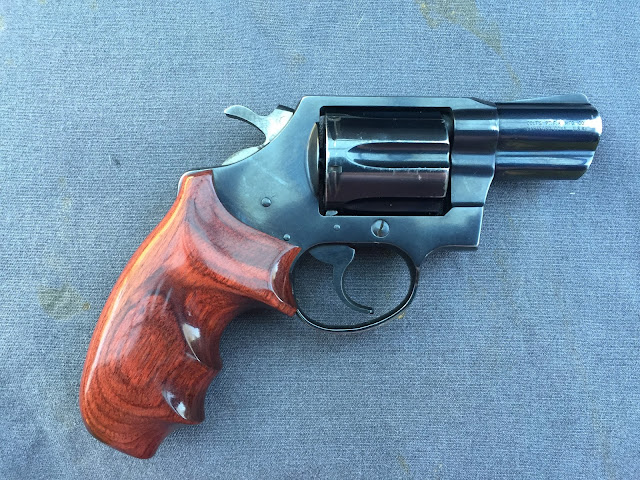 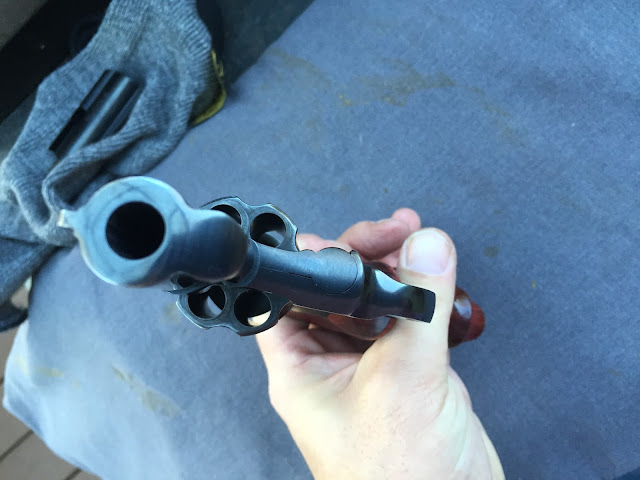 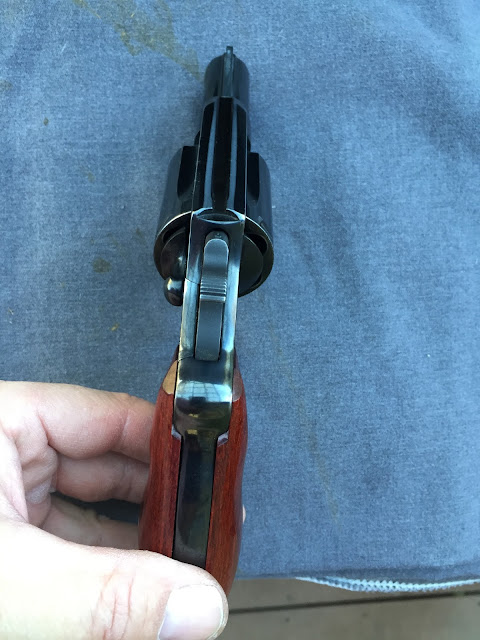 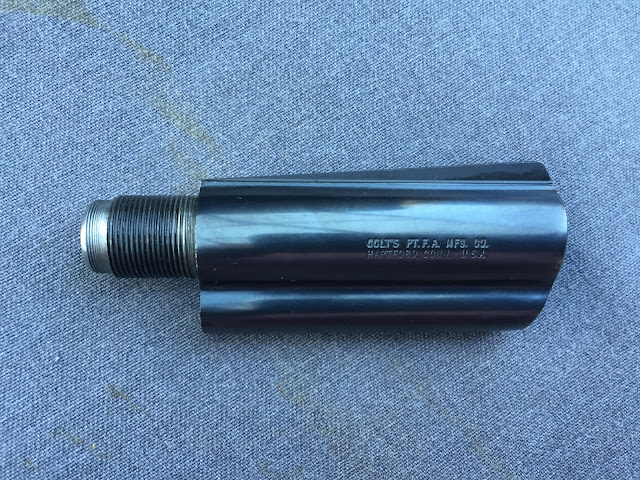 Dis-assembly is always the first step 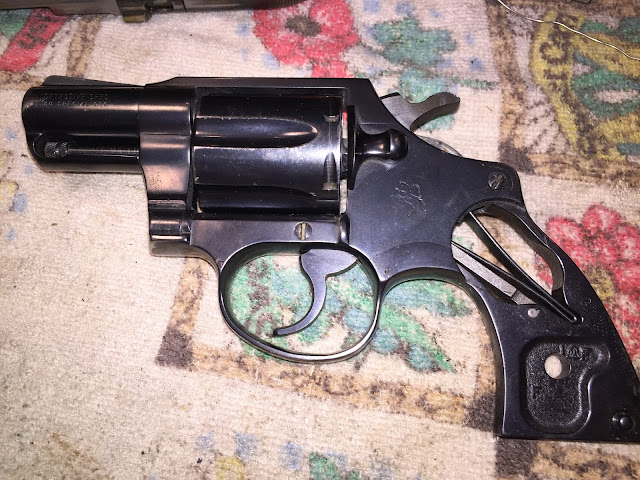 A couple of the screws are buggered up, they should be restored 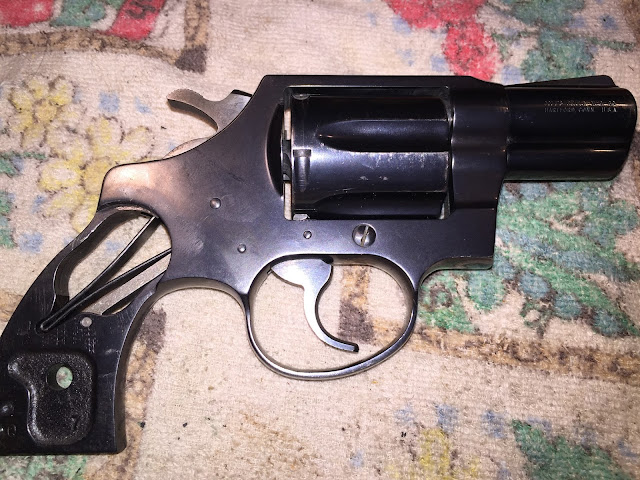 everything looks peachy, in need of a good cleaning, but otherwise tip-top 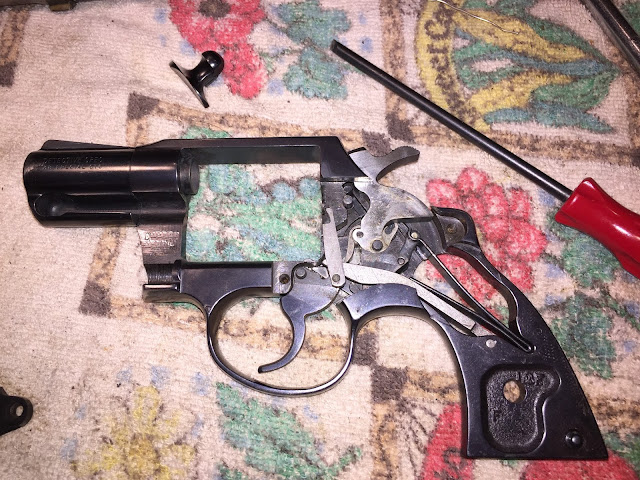 After I had everything apart and was about to remove the ejector rod I discovered that this gun has the old lock work with the staked in place ejector rod....

Removal and reassembly of the ejector is an especially risky task.  The ejector rod and ejector are staked together to prevent unscrewing.
This often causes distortion of the top threads on the ejector rod and can cause stripping of the threads.
During assembly the distorted threads make cross-threading or getting the ejector started straight a high risk and can easily cause the ejector to not screw on straight.  Once either happens major gunsmithing is needed to correct the problem.
If the ejector is damaged, only the Colt factory can supply and fit a new ejector, IF they have one to fit. 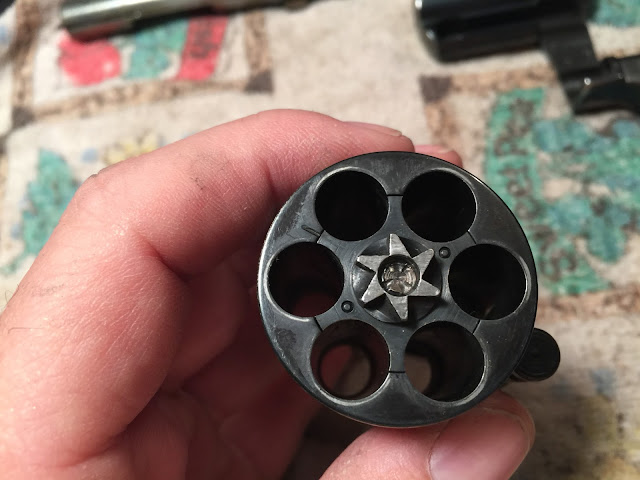 As it turned out this was not a Third Series model after all, probably a late Second Series.

I advised the owner to take the gun to a Colt expert. The last thing I wanted to do was take on a project that had a good chance of going sideways.