The Ruger 10/22 International Carbine was nothing more that a standard carbine with a full length stock mimicking that of the civilian version of the Mannlicher-Schoenauer rifle. There is however, a bit more to the story.

If you are interested the story of the 10/22, go to this page here.

Introduced in 1966, The International model had a short run before being pulled from the catalog in 1969, then brought back in multiple iterations, but we will get to that.

Our story begins with Austrian Engineer and Small Arms Designer Ferdinand Ritter von Mannlicher who along with his protégé Otto Schoenauer developed the Mannlicher-Schoenauer rifle for Steyr Arms in the late 1890's.

The military version of the rifle saw limited use with the Greek Army and others. The poor sales could be blamed on the competition it faced from one of the greatest rifles ever designed: The German '98 Mauser.
The original military Mannlicher used a straight pull bolt and a full length stock.
The full length stock had become standard for military rifles for numerous reasons. Although this gun and the others didn't sport the now famous Mannlicher "look".

With the Mauser dominating military contracts around the world, Mannlicher and Schoenauer went to work on a new, civilian rifle design using a turn bolt system (like that of the Mauser), a rotary magazine, double set triggers and a more graceful "spoon" type bolt handle. Of course the most important feature of the rifle was the stock which extended all the way to the muzzle where a blued steel cap was affixed. The look was graceful and elegant. It suggested that this was more than just a tool.

Introduced at the 1900 World's Fair, this gun was very well received. Some gun makers, impressed by the design and quality of work, ordered the stripped actions so they could be used to build custom sporting rifles.

The rifle was continually upgraded with new features and following WWII, Stoeger began importing the rifles to the U.S., the print ad below is from 1954 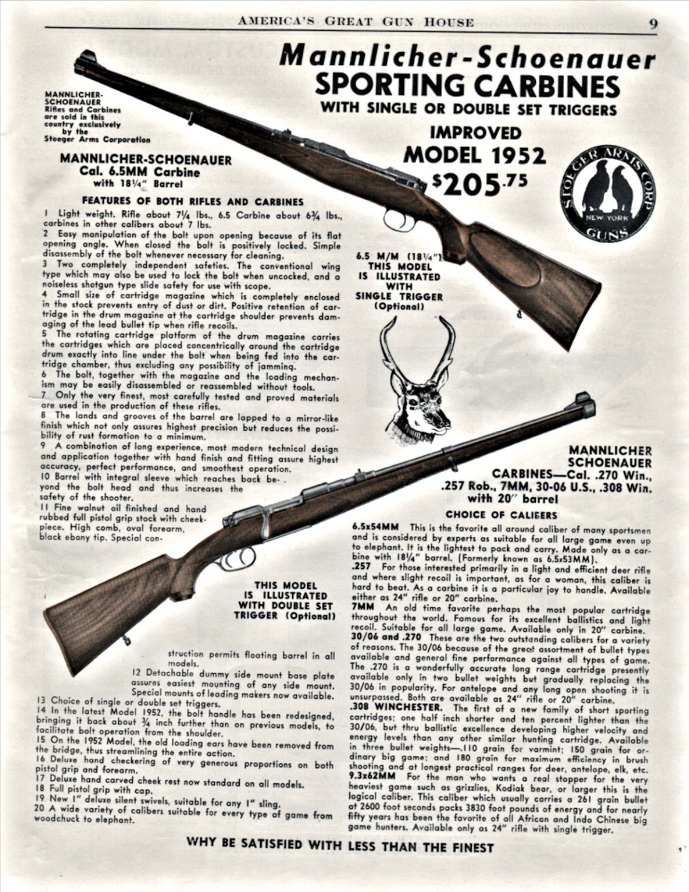 In addition to the full length stock one other thing that set the Mannlicher apart was the front sling loop, the hinge point was a bolt that went laterally through the stock. I believe this is an homage to the old muzzle loaders who used this type of mount because of the ram rod that is typically stowed beneath the barrel 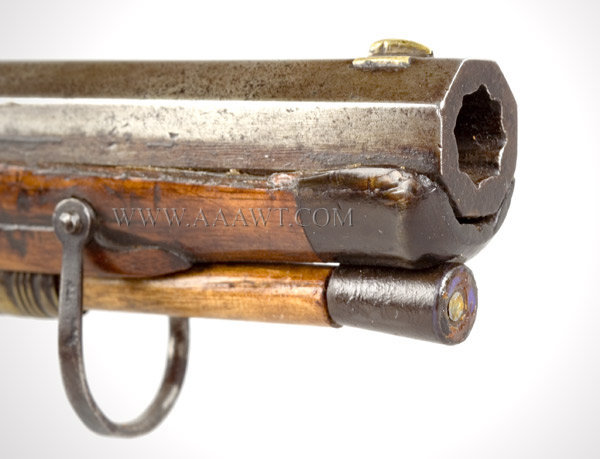 Many American gunsmithing shops and custom rifle builders began making custom Mannlicher styled stocks for their customers in North America.
Similarly American arms makers like Savage, Mossberg and Winchester began making models with Mannlicher inspired stocks. Ruger would not be far behind them.

If you know much about Bill Ruger, you know he loved traditional things. He was a lover of craftsmanship and art.
He was particularly fond of mechanical items that were built to be enjoyed equally as both artwork and as tools.

photo courtesy of R.L. Wilson: Ruger and His Guns

He wanted to bring this European elegance to his new carbines. 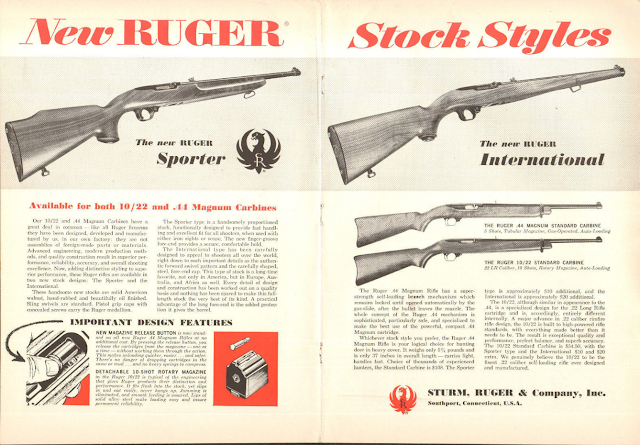 
The sling swivels were unique. The FGS used a Mauser style front sling swivel, while the International stayed true to the Mannlicher style.
Both used a flat metal loop linked to a threaded stud at the rear of the stock. 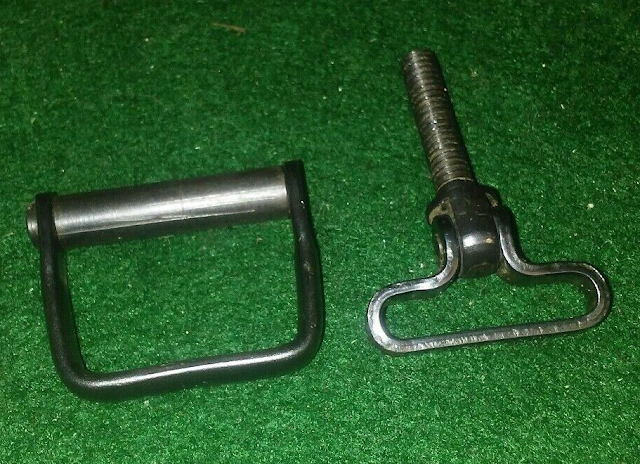 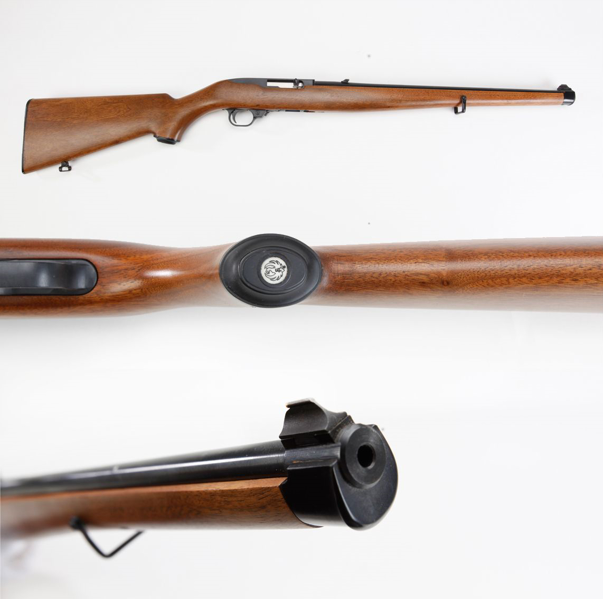 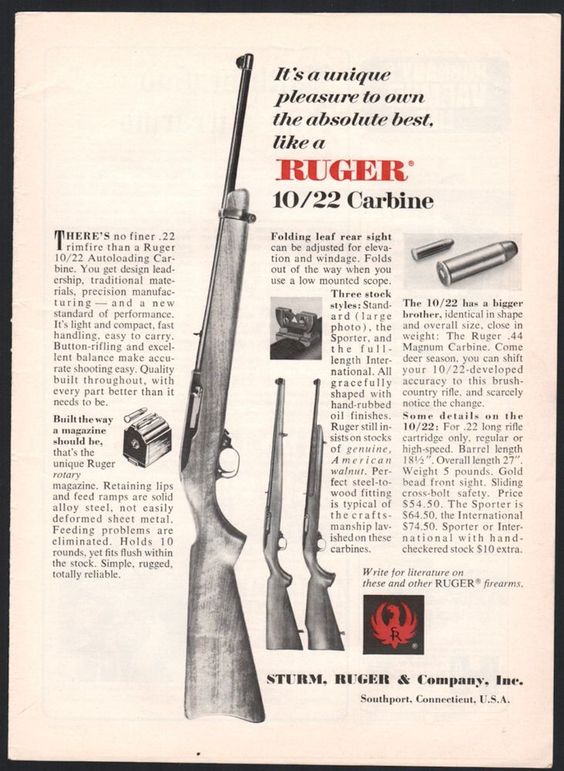 In 1994 Ruger re-introduced the International model, this time with a hardwood (Beech wood) stock. It retained the plastic grip cap but the butt pad was now rubber. Checkering was also offered.

The hardwood version above was removed from the catalog in 2003, but that was not the end of it. Popular demand drove distributors to ask for a special edition model and Ruger responded with the International version in stainless with a laminated stock.

Some time in the last few years the International again became a catalog item, the stock was again made of walnut, this time with checkering and a traditional red rubber recoil pad. The grip cap remained as did the steel forend tip.
This is the version I am using as the basis for a rifle build.

In the Spring of 2019 the Ruger catalog included a Talo distributor exclusive International model. This one has a plastic butt plate but no grip cap. The walnut stock has basket weave checkering, a fluted comb and a low rise cheek rest. The sling swivel studs are generic Q-D style. 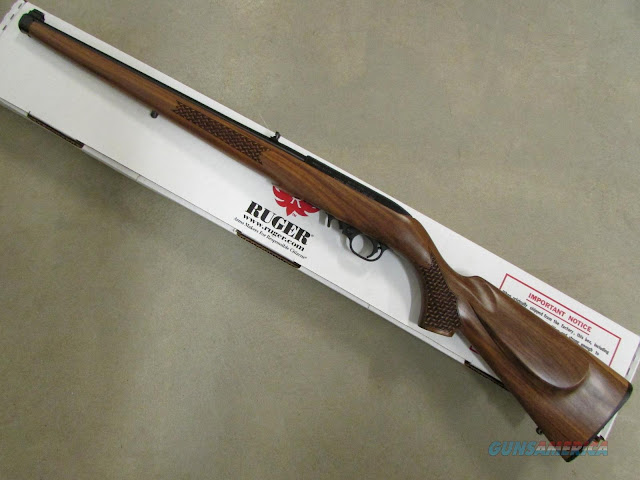 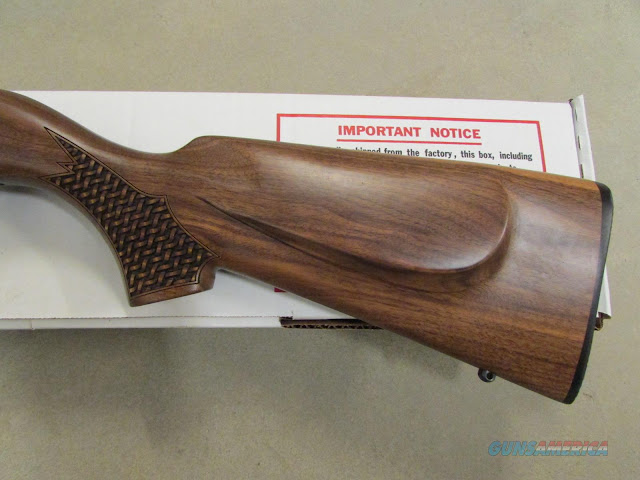 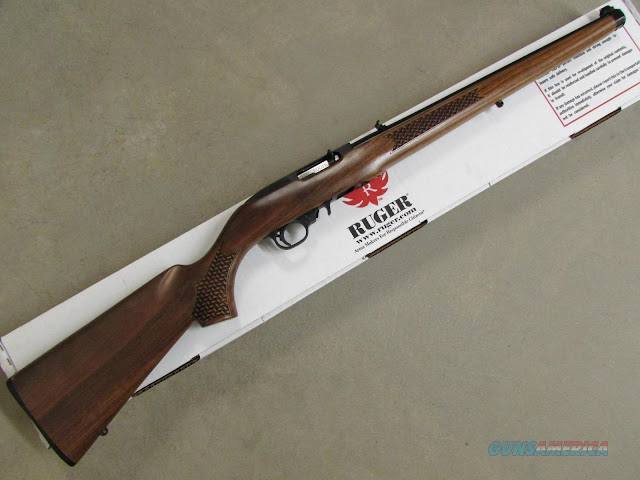 Over the years Ruger has produced International versions of their other rifles.

The M77 (currently maintaining a high position on my want list): 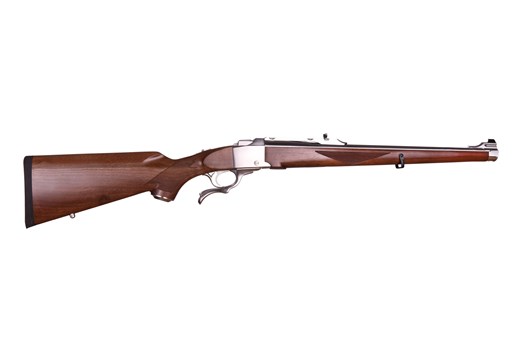 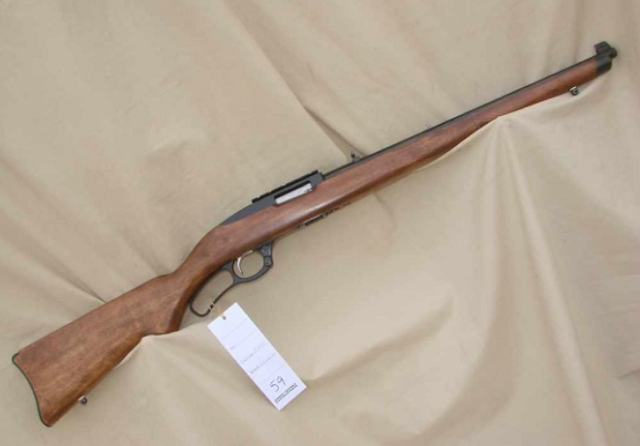