This is the tale of one company and three factories. It also includes (like so many others) the stories of other gun companies.

The Great War (WWI) started just a year earlier and the Russian Army needed rifles in a bad way.

The contract was for 1.8 Million Mosin-Nagant 91 rifles. New England Westinghouse would be paid $27.50 for each rifle (the equivalent of $667 today, remember what they say about things that seem too good to be true?).

To provide the rifles New England Westinghouse, who had never produced a firearm, had to acquire building and machinery. The easiest way to do that is to buy existing firearms companies, which is what they did.

In June of 1916, New England Westinghouse purchased  the factory and machinery of the Meriden Fire Arms Company in Meriden, CT.
The factory was retooled to make the Mosin-Nagant model of 1891 rifles, although it is unclear how many were actually produced there. 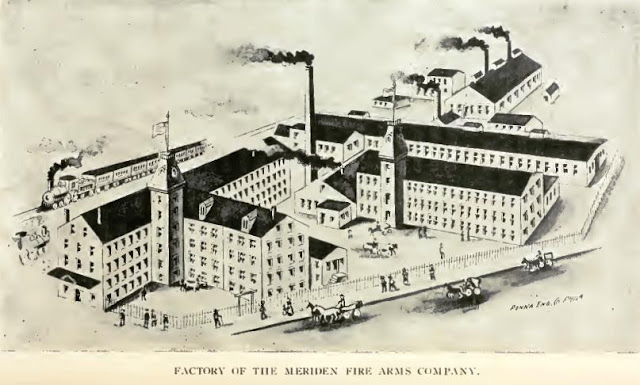 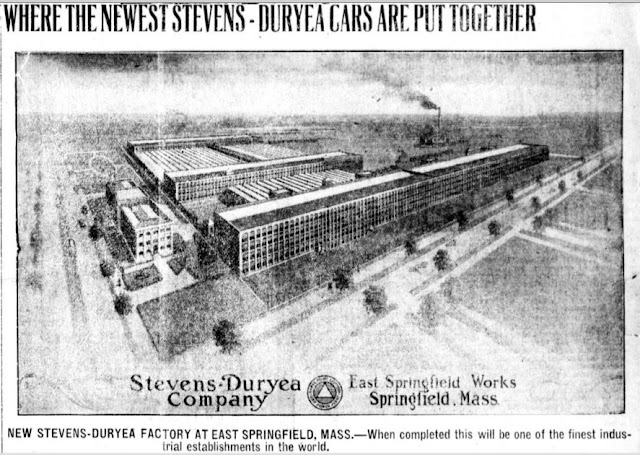 The J. Stevens Arms factory was re-tooled to build the Mosin-Nagant rifles, before long they were producing 6000 rifles per week. 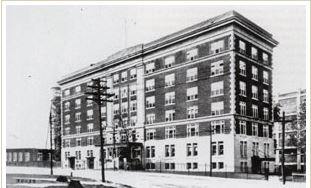 Between the time of the retooling and the February Revolution, some 770,000 rifles had been built, but only 225,260 of them were delivered. 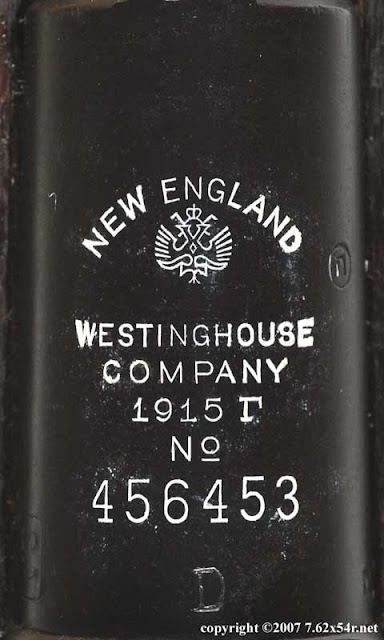 Many of the rifles had not been delivered and were sold on the surplus and "black markets" which led to a government inquiry. Some of the surplus rifles were re-chambered in the American 30-'06 cartridge 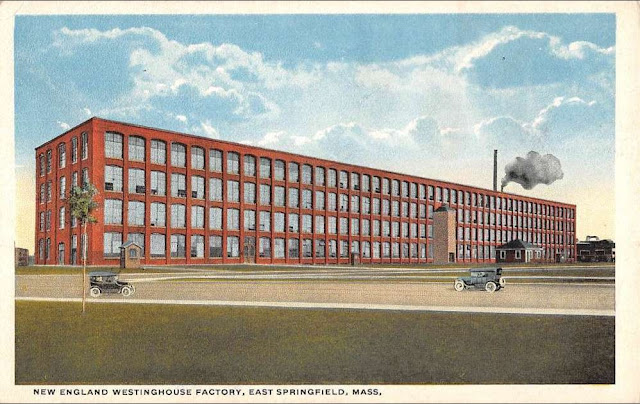 The default would have caused most companies to go under. Which it almost did for Remington, the other contractor for the Mosin rifles, but New England Westinghouse switched gears and secured a contract with the U.S. Government to make the Browning M1918 rifle, also known as the Browning Automatic Rifle or B.A.R.. The rifles were built at the Stevens-Duryea plant.

In 1917 the Merdien plant was sold to Colt, who then used it to produce machine guns. 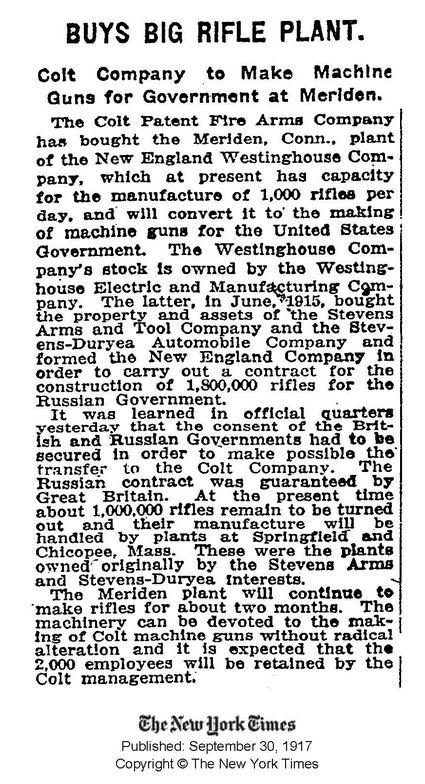 In 1920 the J. Stevens Arms plant, and all its assets and patents were sold to Savage Arms of Utica, NY.


Westinghouse chose to keep the old Stevens-Duryea plant, using it to produce parts for Westinghouse Electric. In 1921 it became the sight of America's first commercial radio station: WBZ AM.

Savage closed the J. Stevens Chicopee Falls plant in 1960 and all production was moved to Savage Arm's Utica NY plant.

The J. Stevens  Chicopee Falls plant is still there, where Church, Grove and Oak Streets meet, along the banks of the Connecticut River, 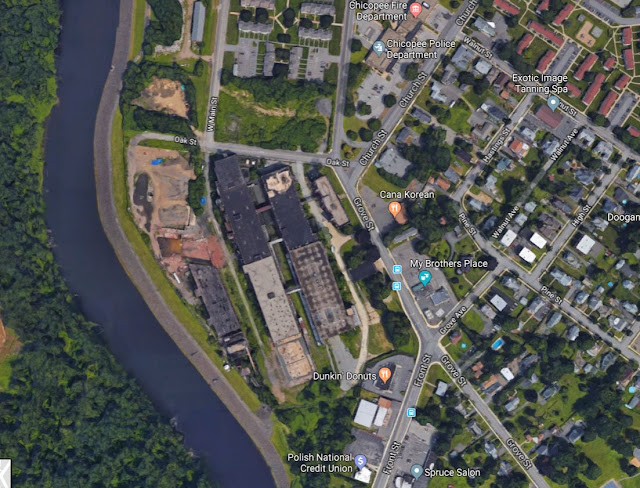 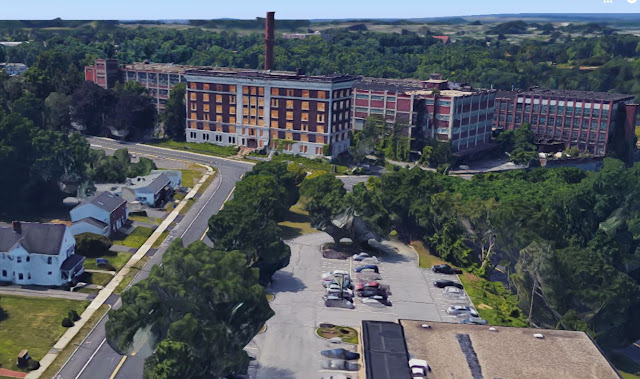 The Stevens-Duryea plant was used for other manufacturing (knitting factory and a foundry among others). It eventually fell into disrepair and the 41 acre site was sold to a developer for $16 million.
Here are some pictures before it was demolished. The old radio towers served as a landmark for locals for years 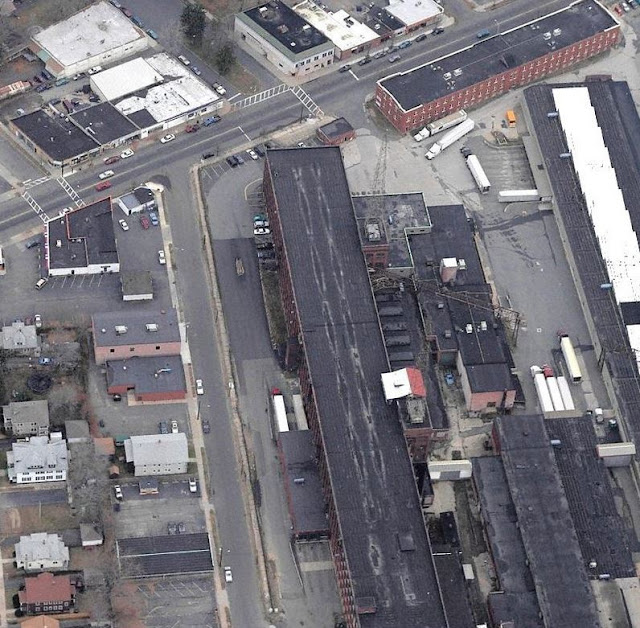 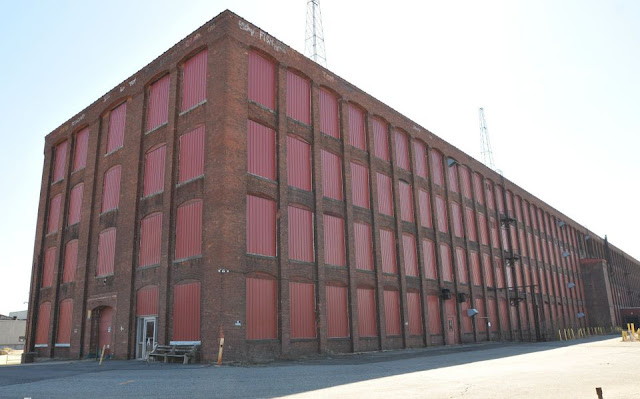 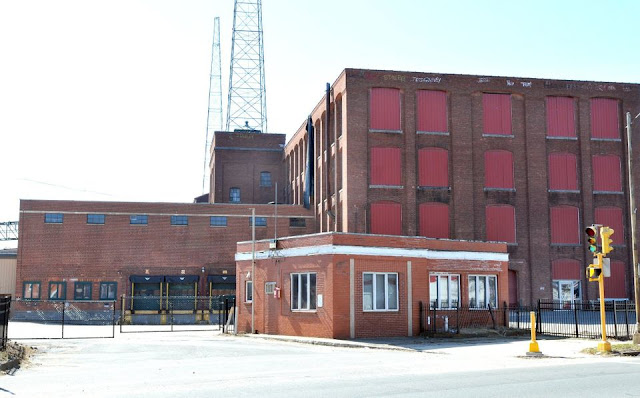 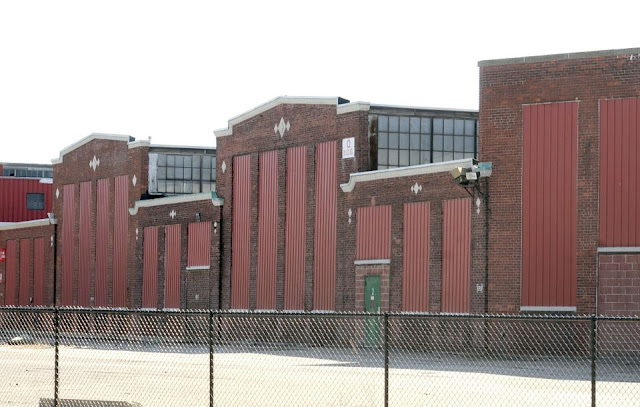 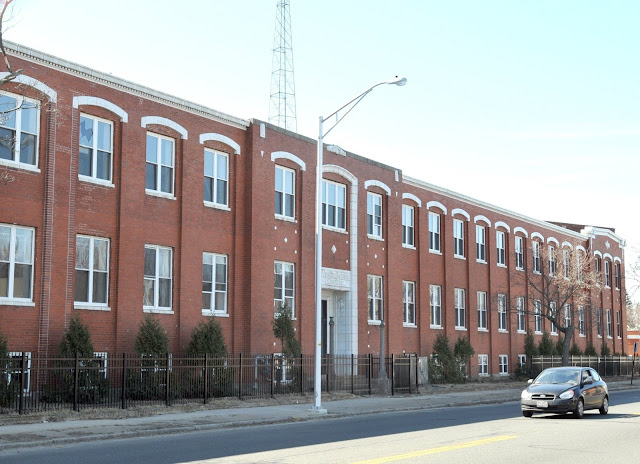 In 2010 the factory buildings were demolished, but the Westinghouse office complex was spared. 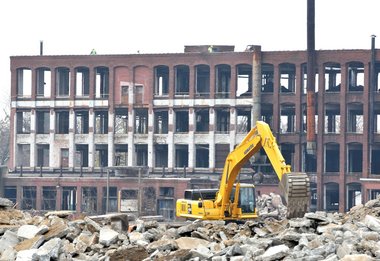 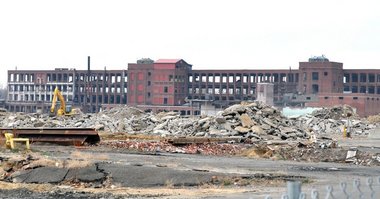 The latest images from Google Earth show the complex is now a construction site, with the Westinghouse office building still standing at 655 Page Blvd, in East Springfield, MA 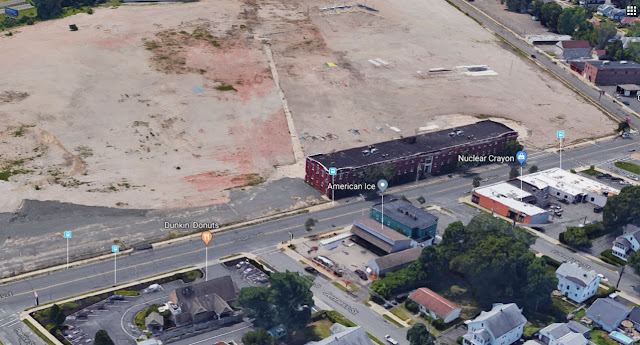 A before and after comparison 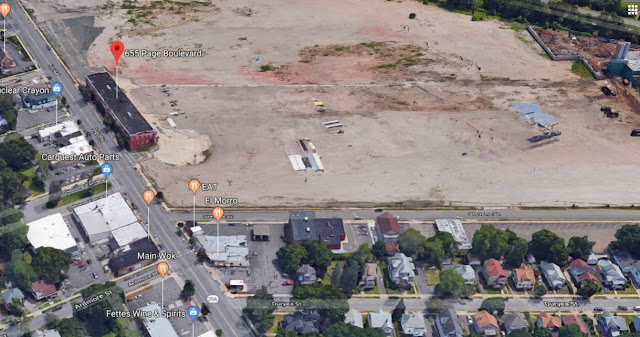 The Meriden Fire Arms plant is long gone, there is a new facility at 508 Colony Street, see my write up on that plant here. 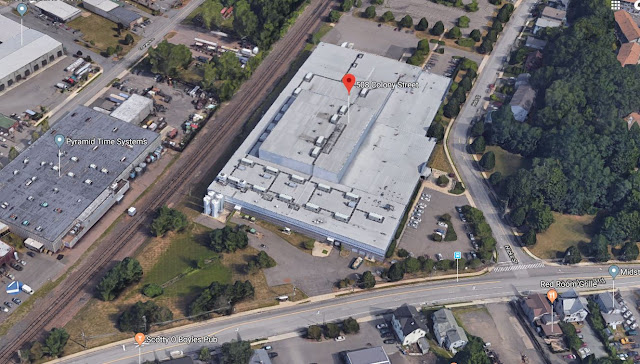