Last year I did an experiment to see if some chemicals that have been said to remove bluing from steel actually do.

If you didn't know bluing is actually black oxide, which is red rust converted to black rust by the application of heat. After multiple layers are formed on the steel, it takes on a deep black/blue appearance.

None of them affected the bluing at all. See the test here

This time I will try some of the other items on the list including:

The barrel was a used 10/22 barrel with some slight rust, but other wise the bluing was still there, so this test could show us it the chemicals remove rust and bluing. 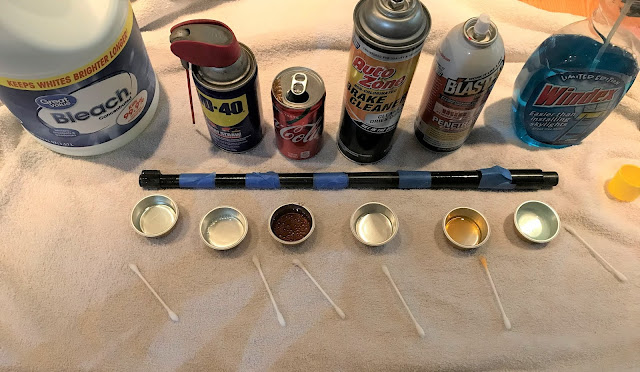 then I rinsed the metal and removed the tape, here are the results

Bleach: there was no discernable divergence, it didn't seem to do anything 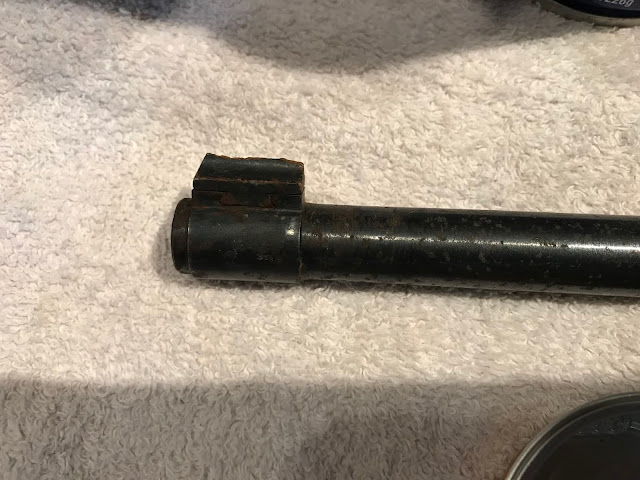 WD-40: I have used WD-40 as a water displacing oil after bluing and had never seen it damage bluing in anyway, still people think that a penetrating oil designed to remove or loosen rust will remove bluing. In this case it did nothing 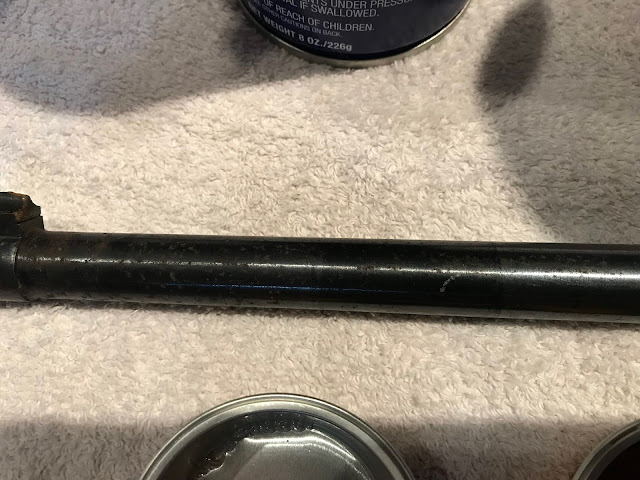 Coca-Cola: I can't even count the number of times people have stated that the acids in Coke will remove rust, but in this case it did nothing, I suppose it might have done better if we soaked the barrel in Coke. 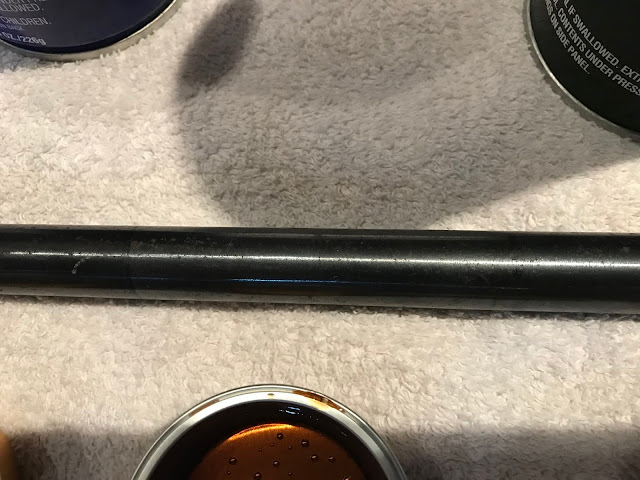 Brake Cleaner: More than a few people have stated that Brake Cleaner removes bluing, so we included it in this test. This is the non-chlorinated stuff, not sure if that matters. The bluing did appear to lighten a little before I rinsed it, but after rinsing and removing the tape, you could tell no difference. 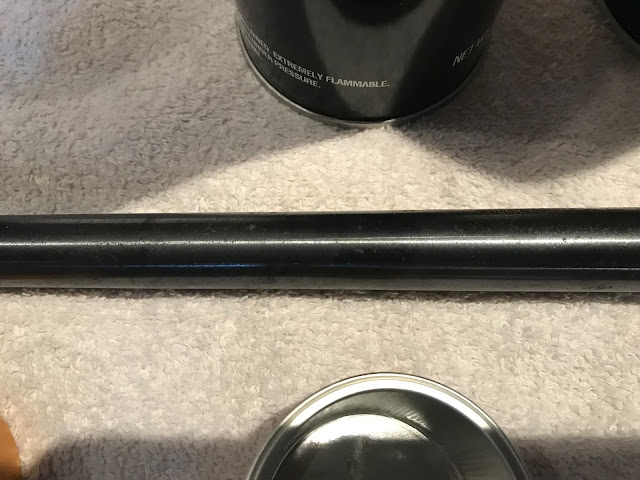 PB Blaster: A member on a national gun forum swore up and down that PB Blaster was to blame for his bluing being destroyed, so I decided to buy a can and give it a shot. Just like the brake cleaner, the metal appeared to have changed from blue to gray, but after rinsing there was nothing removed.....it might have just been the stuff drying on the surface. 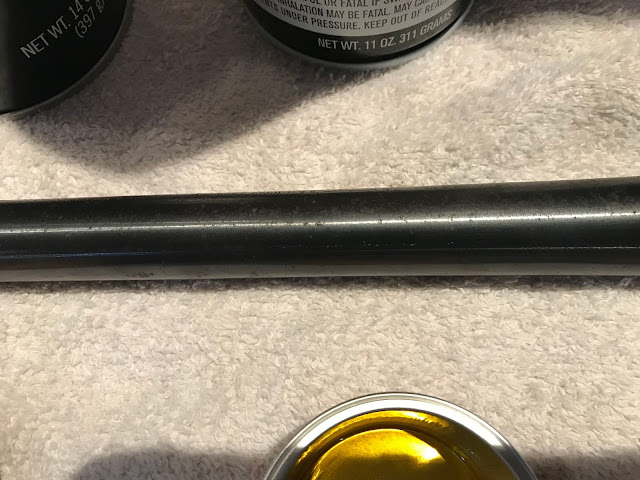 Windex: While I had never heard of windex removing bluing, it does contain ammonia which can be corrosive to some metals, but blued steel is not one of them 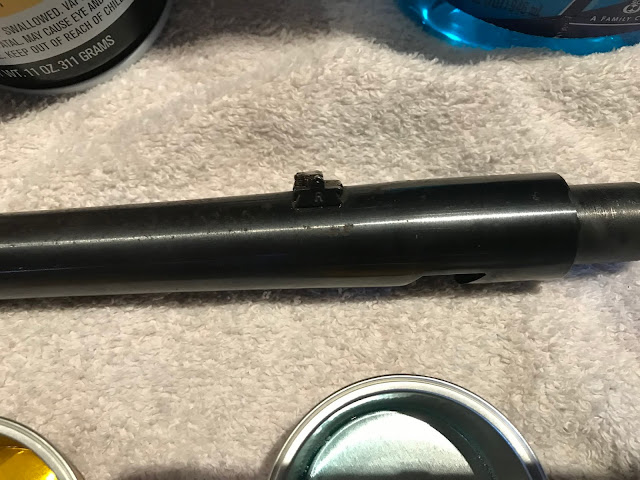 So this round was a bust as well, I guess it is just Like Abe Lincoln said...you just can't trust what you read on the interwebs…...