A Holster for my Neighbor

One of the many hobbies I want to get into is leather craft, along with knife making, forging, bullet molding and woodwork... I have enough hobbies for 10 lifetimes....retirement cannot get here soon enough.

Anyway I was cruising We The Armed (one of the many national gun forums to which I belong....one of the better ones BTW) and I stumbled across a thread in which a member was giving away a holster to someone less fortunate.
I submitted a story about my neighbor and was chosen as the winner of the contest. Here is what I submitted:

I would like a holster to go to my 83 year old neighbor who is as spry as a 40 year old. This guy is a life long gun owner and hunter. He carries his Ruger SR1911 cross draw (he is right handed) and calls it "Big Iron" (after the Marty Robbins song). His current holster is one of those universal nylon/cordura type and is falling apart.

I was planning on trying to make him a leather holster, but I have never made one before and barely have the time for my own projects.

My neighbor is "that guy" in the neighborhood who puts away other people's trash cans when they forget, mows their lawn when they are on vacation and is always on the lookout for burglars, thieves, drug dealers etc...the neighborhood wouldn't be the same without him.

So back to the contest. The member giving away the holster goes by the name of luke 213 and is the owner of Adams Holsters. After some discussion we decided on an "Applachian" model. From Adams' website: 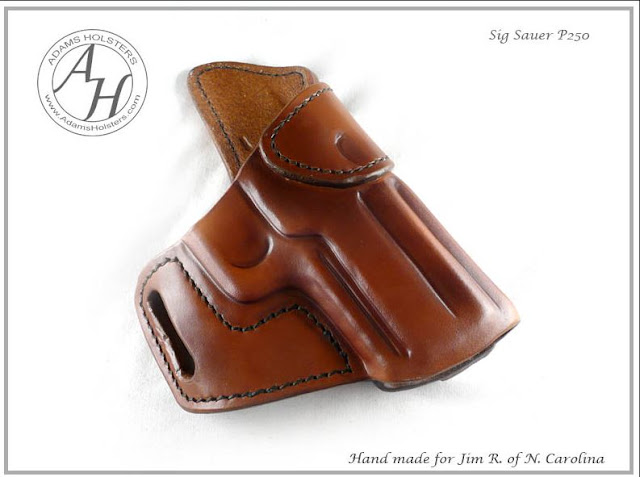 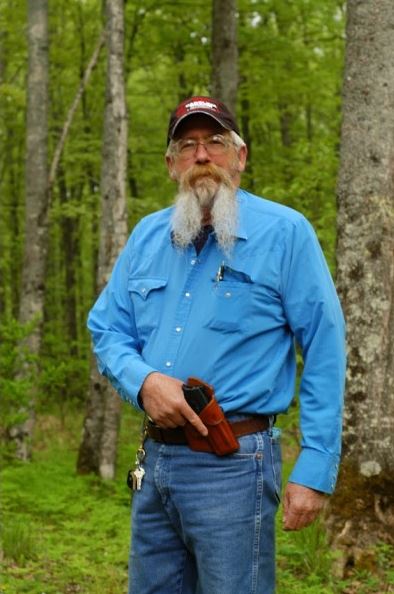 The Appalachian holster is my take on the classic Bruce Nelson Professional design, which is commonly referred to as the Avenger style of holster but for crossdraw. It includes a reinforced mouth to insure one handed reholstering. This design works well for driving and accessibility while seated. It works well for a backup gun as well.
Because of its abbreviated width and anti cant it's not my most concealable holster design. That said it will conceal under loose clothing or a jacket in most cases. Note because it's designed for sitting and driving, it is high riding which means it requires a good solid gun belt. If your belt isn't a purpose built gun belt likely double layer and preferably reinforced it will tend to fall away from the body especially with a heavy gun.

Because I am always looking for interesting content, I asked Luke if he could document the making of the holster for my blog, he sent me the following photos.

The leather is cut 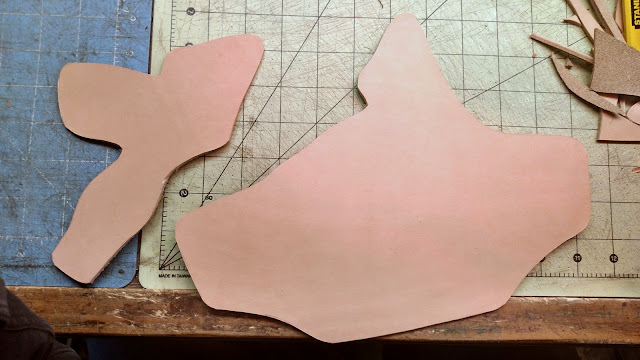 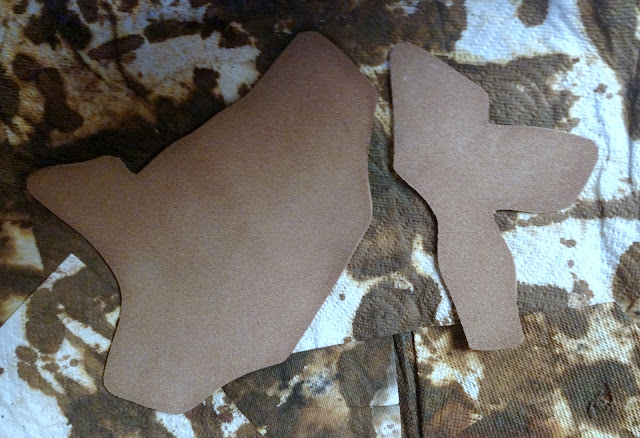 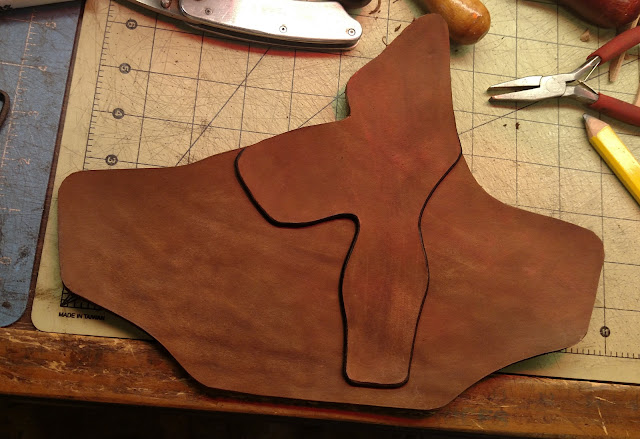 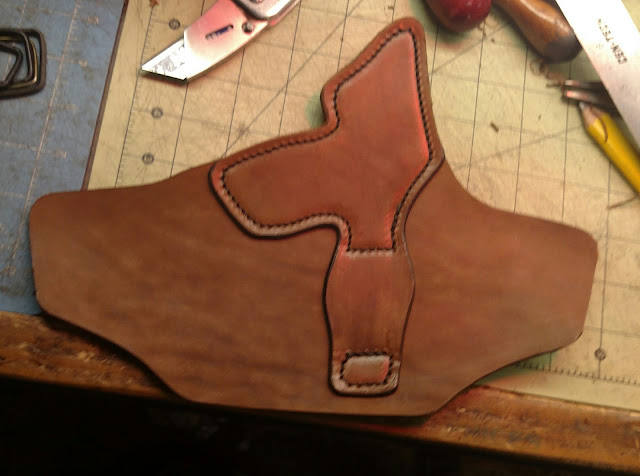 More stitching and wet molding the leather around a plastic replica 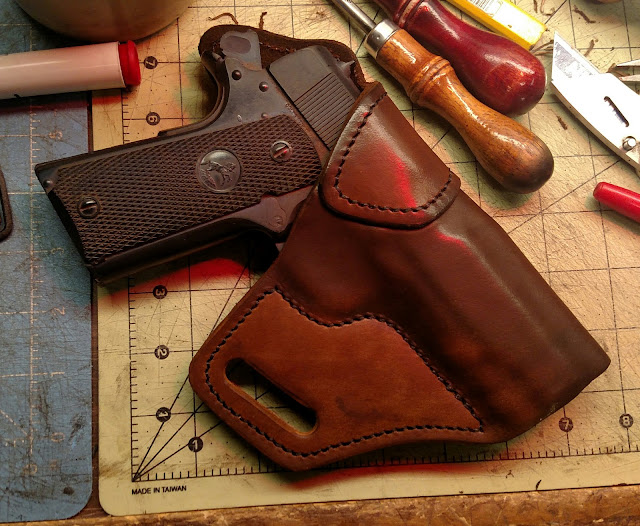 Leather shrunk and formed around the mold 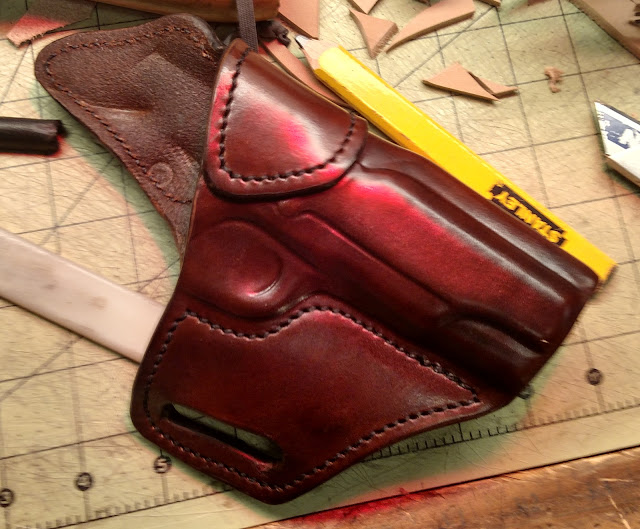 Stamped with the Adams logo....looks like Michigan got some fresh snow! 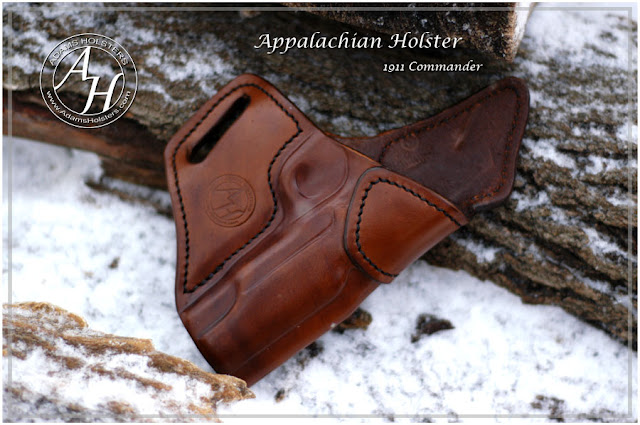 The holster arrived at the casa de Tincanbandit with instructions. 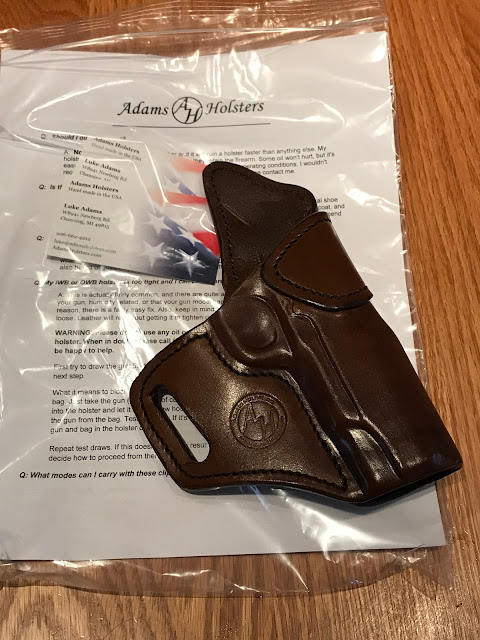 I ran it over to my neighbor, he doesn't look excited, but he is. At 83 he is from a generation that doesn't accept gifts very well. He is holding his old ratty nylon holster 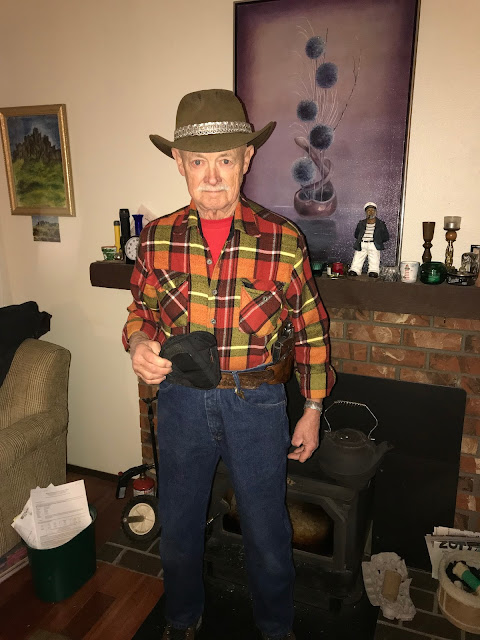 Close up of Big Iron in it's new home 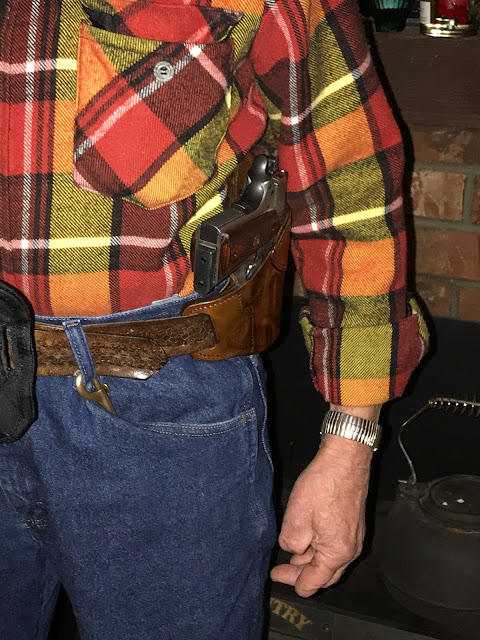 I want to thank Luke Adams again for the great gift

be sure to visit their website, his products are top notch and hand made in America!