This is one of those gun makers you have probably never heard of. I ran across one of the pistols made by them on the internet and it led me down a rabbit hole looking for information.

We'll start the story with the man whose name was on the company letterhead. William Brooks Hoard. 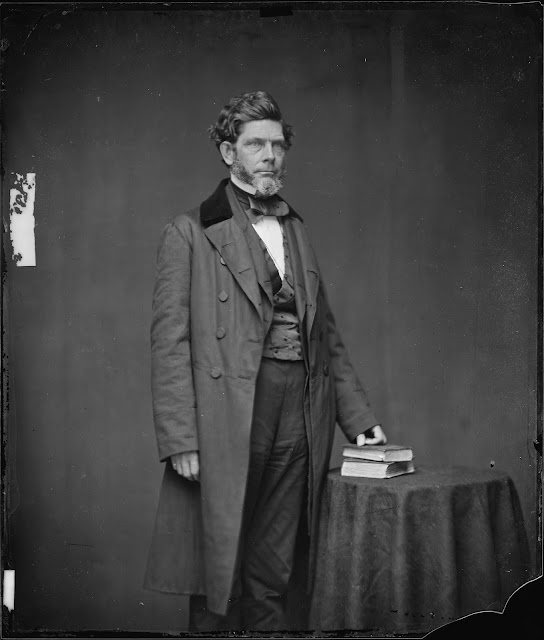 William Brooks Hoard was from one of the oldest families in America, having descended from the members of Massachusetts Bay Colony.
W.B. Hoard, as he is often referred to, was born June 5th, 1855 in Springfield, Vermont. He was trained in Antwerp, NY in mechanics, watch repair and as a clerk. Hoard was the town's Postmaster in the 1830's. In 1838 he served in the New York State Assembly.
In 1844 he moved to Watertown, NY and served as the Clerk for Jefferson County. After his tenure he started a business venture with Gilbert Bradford (a descendent of William Branford, the first Governor of the Plymouth Bay Colony). This venture would make portable steam engines. The original company was named The Portable Steam Engine and Manufacturing Co.
Around 1848 Hoard bought out his partner for $26,000, he then brought his sons into help run the business.
Business was good and in 1856 Hoard ran for U.S. Congress under the new Republican Party. He was elected and served two terms (1857-1861).
Things were moving along nicely until the outbreak of the Civil War in 1861. The embargo of the Southern States took away a large and fruitful sales territory from the company.
William Hoard had the idea to retrofit his factory and secure contracts to make rifles for the Union Army. Hoard felt that his manufacturing expertise, reputation and contacts within the Federal Government would ensure his success.
He leveraged his business (and any other assets he owned) and spent some $300,000 (about $9 Million today) on new equipment in order to make the guns. 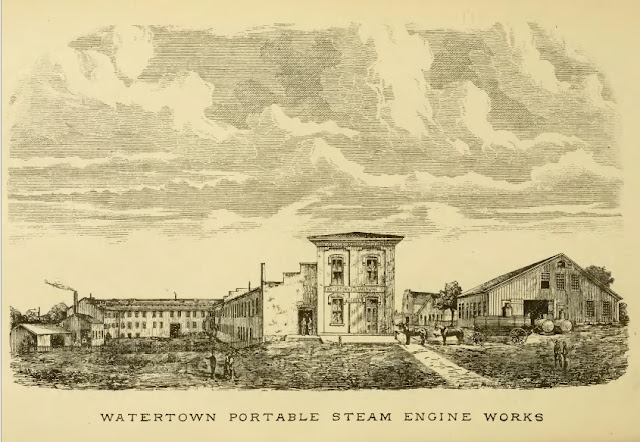 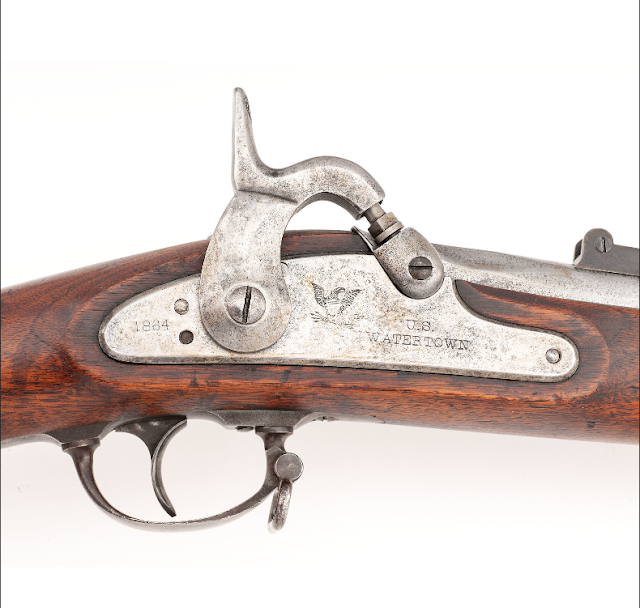 The cartouche on the left side of the gun has "C.B. Hoard" inside a box. 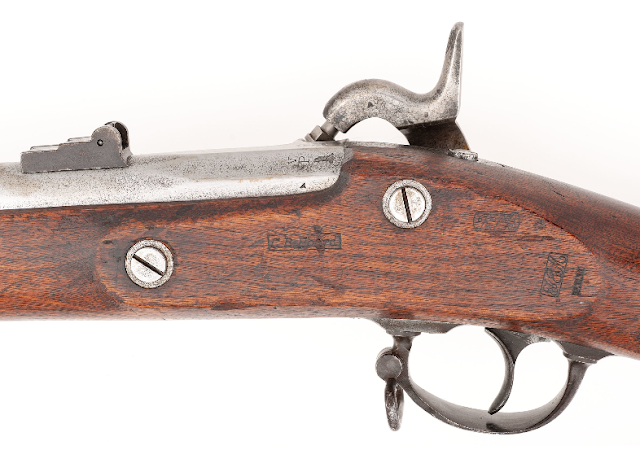 Hoard, always the business man, thought that he should also be offering a pistol to the U.S. Government. He hired a man by the name of Austin Freeman to design one for him.

Austin Freeman was a friend of Charles Hoard's two brothers, Samuel and Pitt Hoard, and had worked for both Remington and Starr.
Freeman went to work for Hoard and on December 9th, 1862 he received a patent for his revolver.
The Freeman Patent Revolver had a 7 1/2" barrel, held six balls of 44 Caliber. The solid frame featured a top strap, something Colt would not put on his guns until nearly a decade later. Many people say that this gun is a copy of the Starr revolver, but only the lower frame resembles the Starr, everything else is unique. 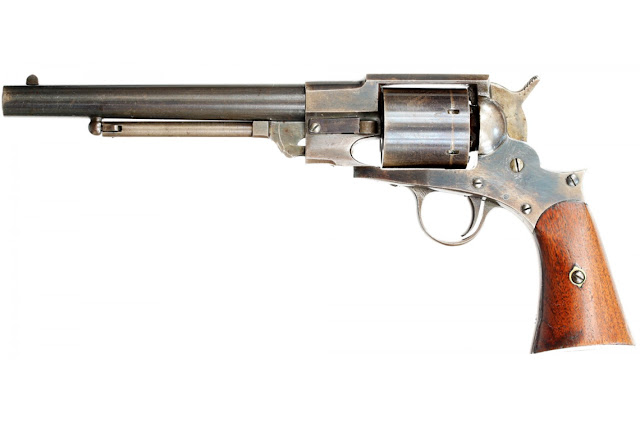 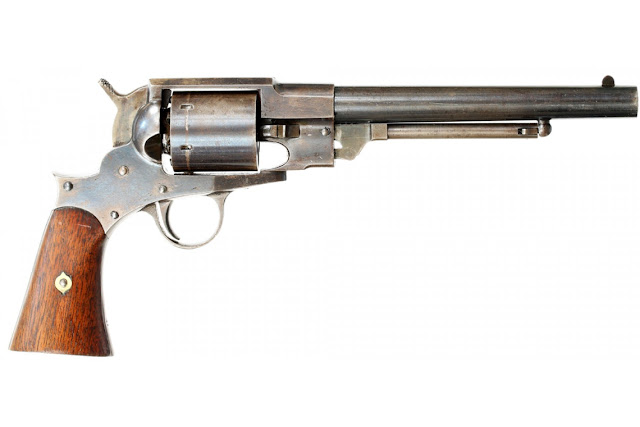 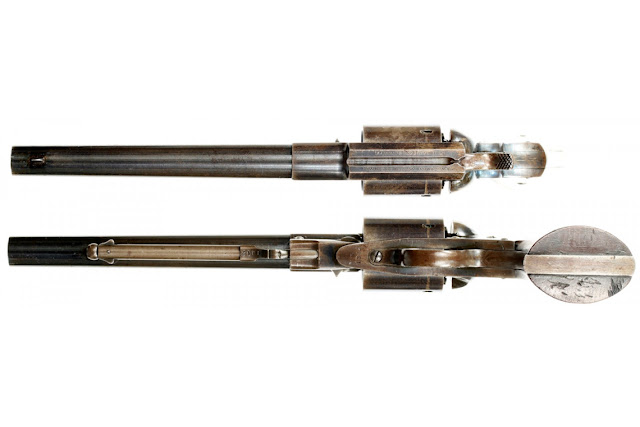 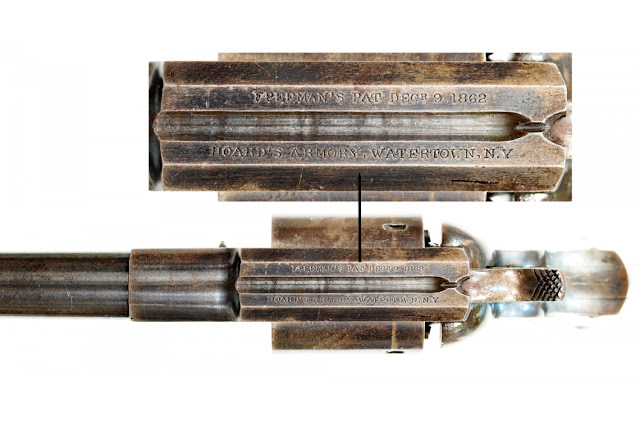 Hoard's venture into the gun business was short lived. He failed to meet any of his deadlines for the 1861 muskets, only producing 12,800 or so of the original contract for 50,000.
The pistols did not meet the US Government standards, but did see some success with the states and private parties. Yet only 2000 of the Freeman Patent Revolvers were produced.

After the war, Bradford was brought back into the business (not sure if he bought all or just part of the company from Hoard). The plant went back to making steam engines, for which there was still ample demand.

In 1873 the company was renamed The Watertown Engine Company. It continued to produce steam engines into the 1920s.

Obviously the steam engine was replaced by diesel, gasoline and electric motors. The company was bought out and built other types of engines (marine engines I am told) somewhere in New Jersey.

The buildings were used for a variety of uses over the years. Eventually becoming a New York State Department of Transportation depot.
The factory complex sat between the railroad tracks and Vanduzee Street along the Black River in Watertown, New York. 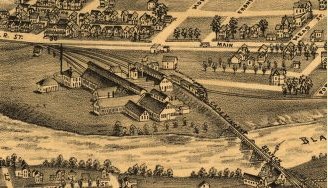 Google Earth image from 2014 or earlier 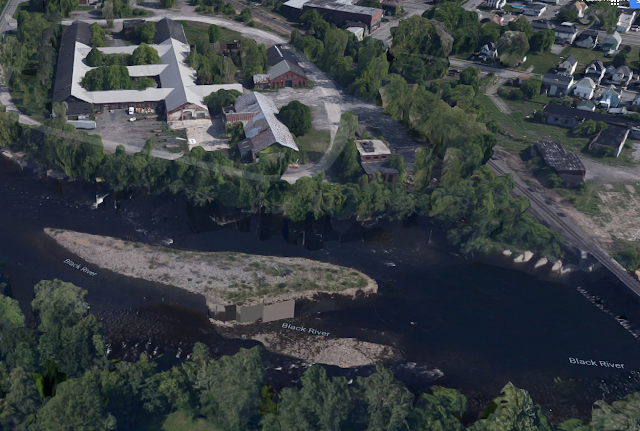 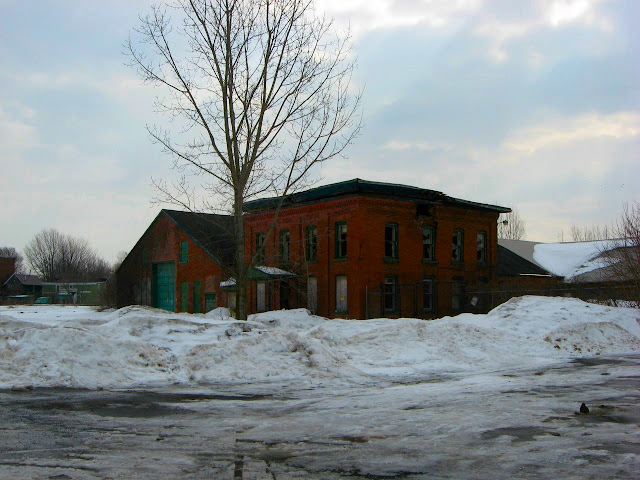 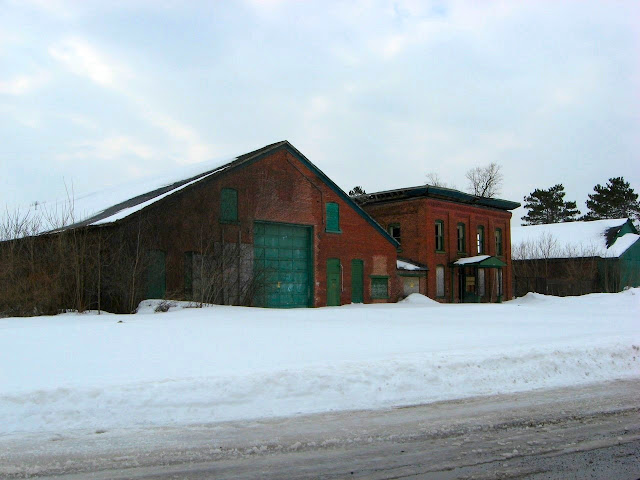 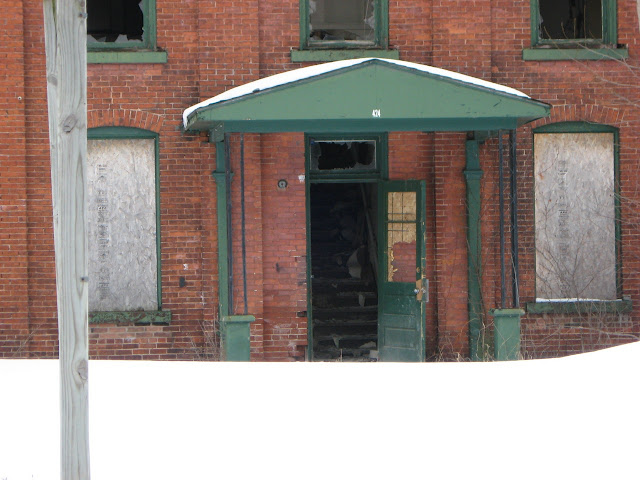 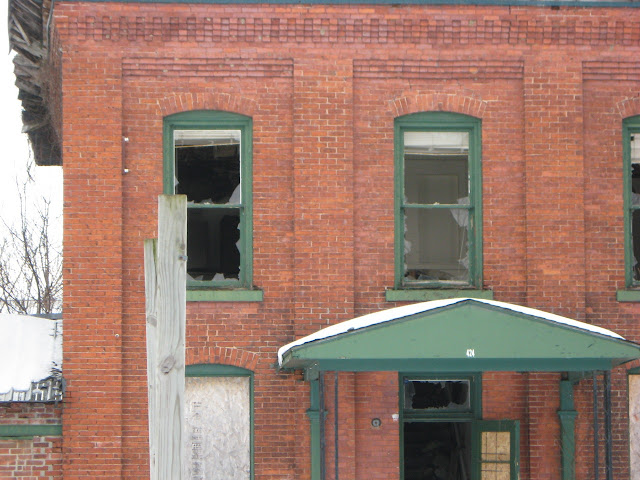 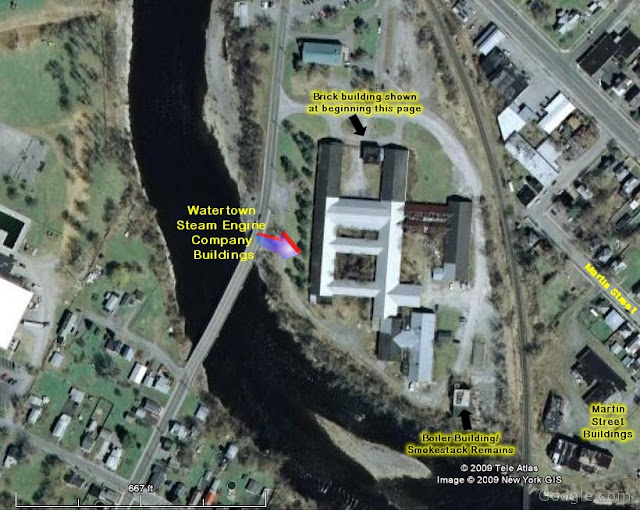 In 2015 a fire consumed some of the buildings, what was left standing was razed. 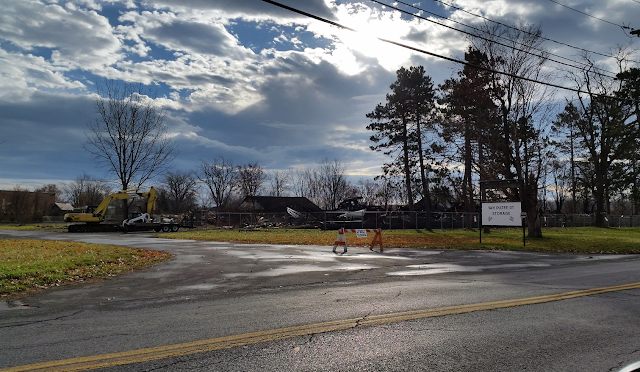 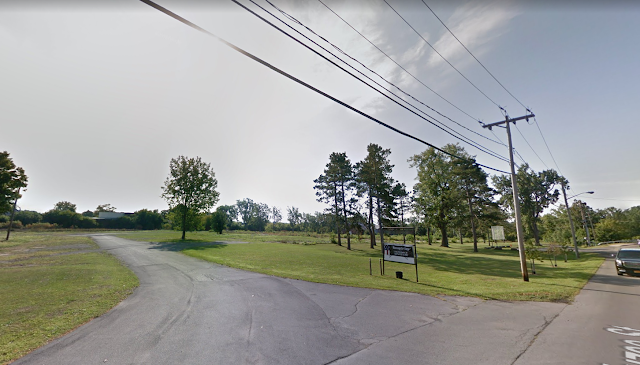 Google Earth image showing the outlines of the buildings 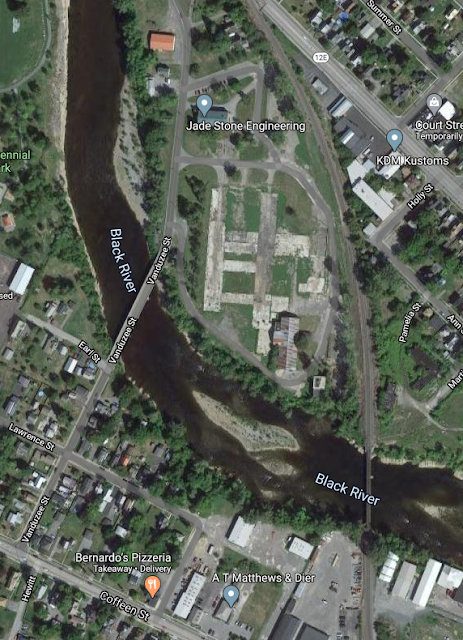