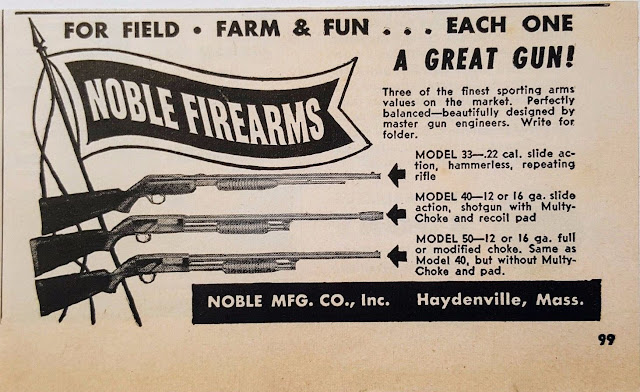 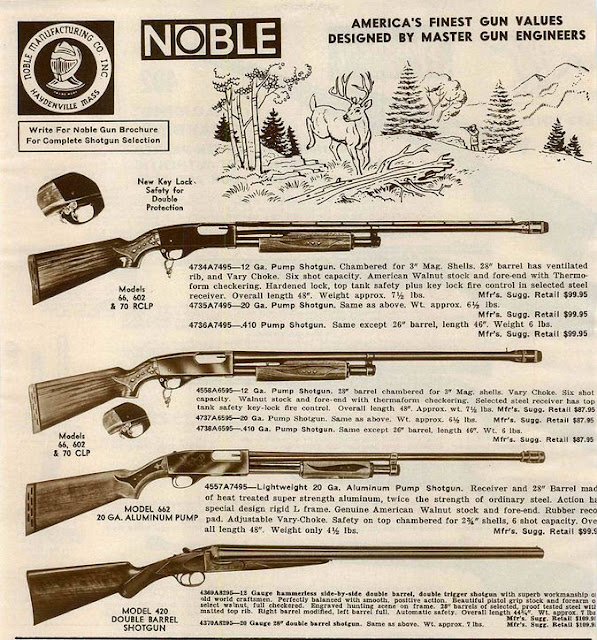 Noble manufacturing was a small gun maker based in Haydenville, Massachusetts (about 2 hrs drive west of Boston).  They produced what could be called "utility grade" firearms.
Noble produced .22 rifles and shotguns, perhaps they are most known for their pump .22 rifle (model 33 and derivatives).  They also produced some pump shotguns and brand labeled some side by side Spanish made shotguns. 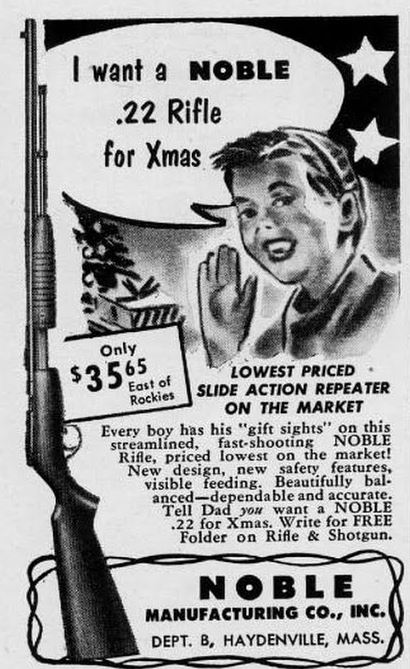 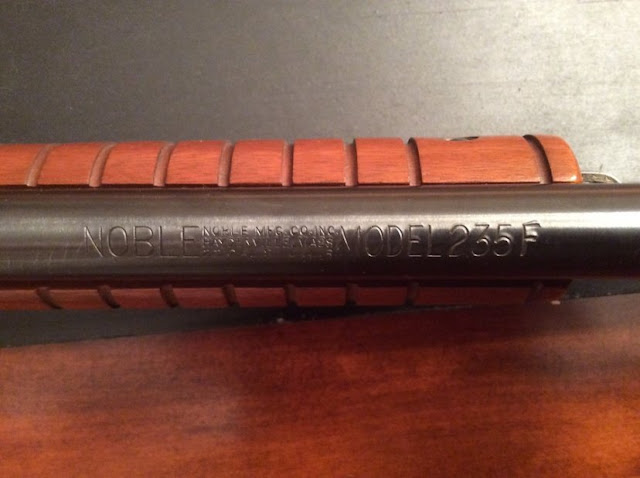 The story begins with the man who founded the company: Graham Noble Davidson. Davidson was born in 1893. At some point (perhaps before war broke out) Graham began building equipment for raising chickens. He incorporated his company as Noble Manufacturing on August 20th, 1943.
Noble was Davidson's middle name, but it could be that Noble was also his mother's maiden name.

After his son, Robert Graham Davidson returned from his Army Service in 1947 he joined his father in the business and eventually became President of the company.

Like many companies the folks at Noble saw an opportunity following the War. Making sporting arms for the returning GIs was a big business. So sometime between 1946 and 1953 Noble began manufacturing firearms. They focused mostly on pump shotguns and pump .22 rifles, although they did offer a couple of single shot bolt action models, a lever action and a semi-auto, all in .22 rimfire.
During the Korean War they were awarded a contract to produce parts for Browning Automatic Rifle (BAR).

The model 33 pump 22 rifle was brand labeled for Montgomery Wards as the Western Field model 25XNH-830A and for Harrington & Richardson as the model 422, the ad below is from 1956.

Noble had a shotgun line that was nicknamed "Deerfield", a name that would later be used by Ruger on their .44 Carbine rifle. The name Deerfield most likely came from the village and/or river of the same name in Massachusetts. 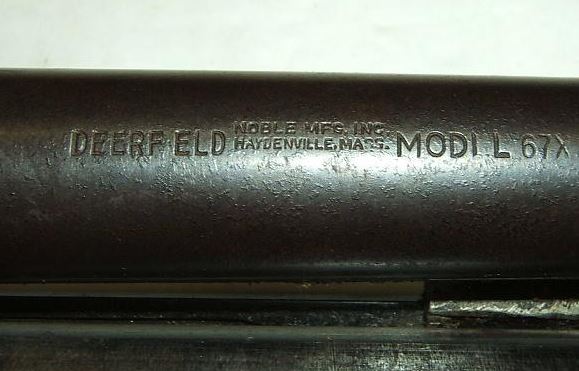 Finding information on the company was very difficult, the guns do not yet have much of a collector following and not much info has been posted online. All of the advertisements simply list the town of Haydenville.
Thanks to the Williamsburg Historical Society I was able to find the original location of the Noble Manufacturing plant. The Davidsons bought or rented the old Nonotuck Silk Mill on the banks of the Mill River on South Main Street (also known as River Road). 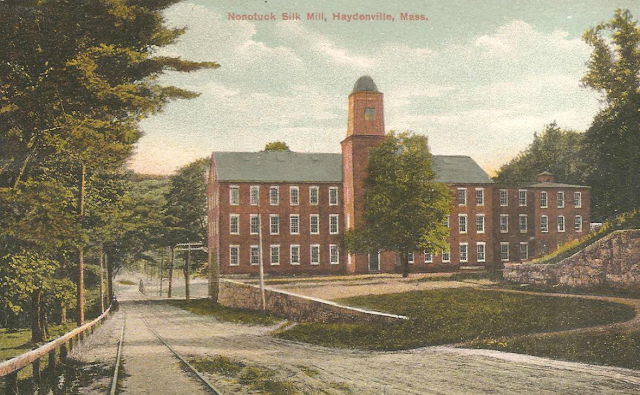 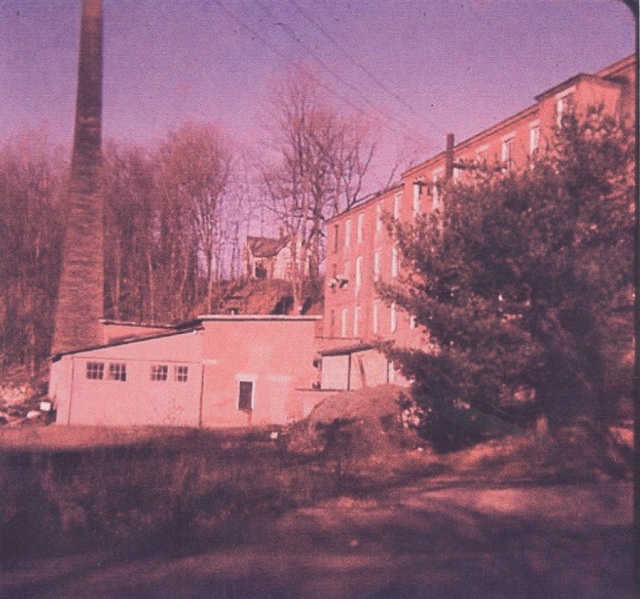 The mill, built in the 1830s, had ties to a utopian society, the underground railroad and Sojourner Truth.

The silk company had a dam and a tunnel built to divert water from the mill river into the bottom of the building for power. This was typical of factories built before electricity was available.
The silk company ceased operations in 1930. 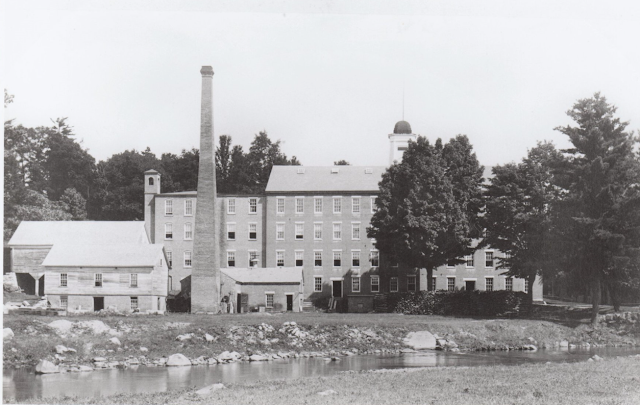 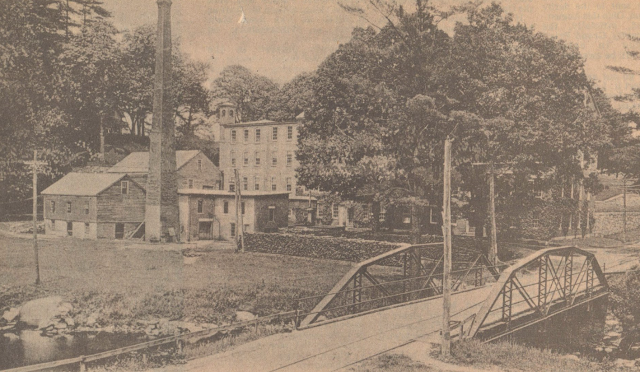 Residents tell stories of the guns being test fired into the hill side and employees taking home defective stocks for firewood. A side note, a local resident by the name of Al Sharps made the stocks for Noble.

a rare photo of a worker at Noble Manufacturing pressing pins into a trigger assembly  (courtesy of the Williamsburg Historical Society). 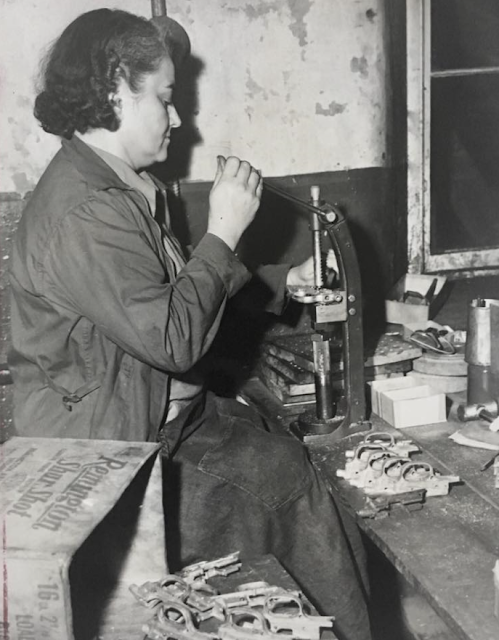 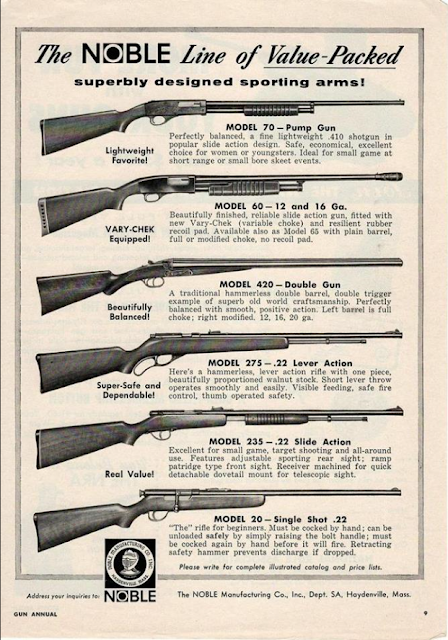 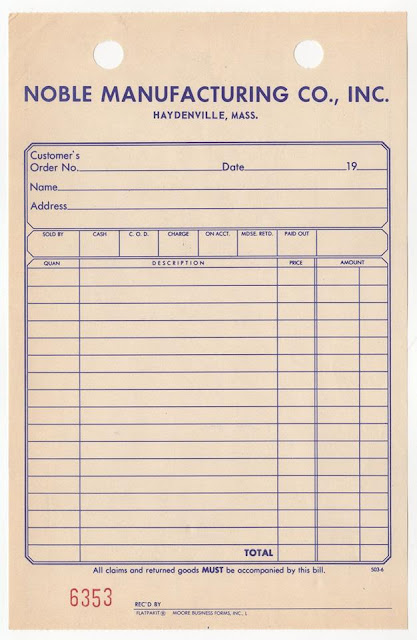 They used the old factory until sometime in 1965 when the opportunity to rent the old Haydenville Brass Works came about.
The operation was moved into the larger and newer Brass Works building.
The Brass works factory was built in 1875, it replaced an earlier building that was destroyed in the Mill River Flood of 1874. This building also sat on the river and originally used a dam/tunnel for water power. 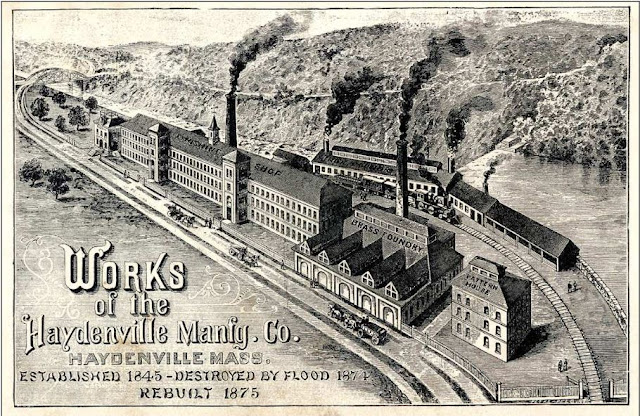 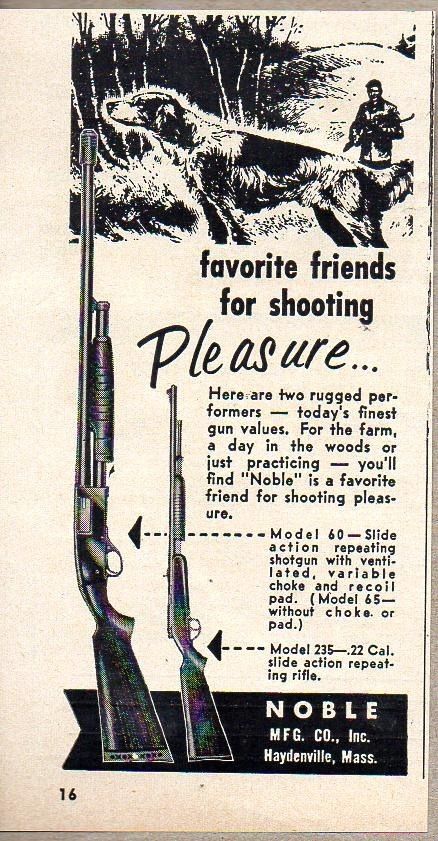 By the late '60's things were not going well for Noble. They filed for bankruptcy protection in 1969 and closed their doors for good in 1973.

Smith & Wesson in Springfield (about 25 miles to the SE) heard about Noble's predicament and made inquiries into purchasing the rights and tooling for the model 66 shotgun. The deal also included a position for Robert Davidson, who worked at Smith & Wesson for a while in their Long Gun department.
Smith & Wesson with the help of Robert Davidson began marketing the Noble 66 as the S&W model 916. 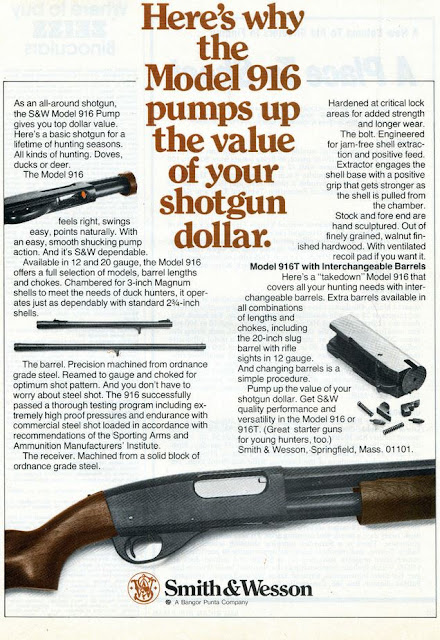 This turned out to be a bit of a mistake. The guns were plagued by constant warranty issues. A recall was issued due to barrels bulging.
It is rumored that S&W execs even considered buying everyone of them back, to protect the integrity of the Smith & Wesson name. Production of the 916 ended in the late 70's.

While I personally cannot speak to the design of the shotgun, the gun's reputation was so bad it was listed as one of the Six Worst Shotguns of all time by Field & Stream 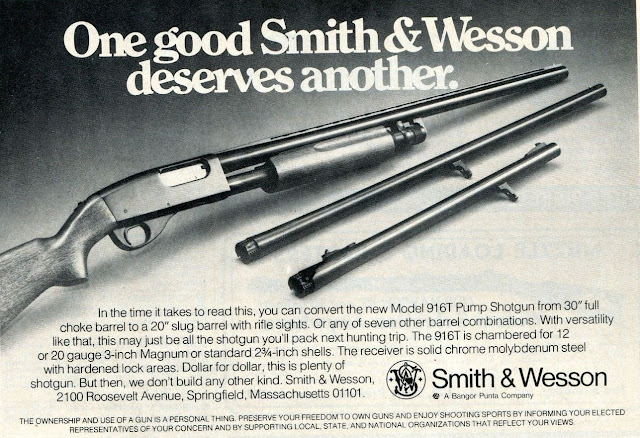 The old Nonotuck/Corticelli Silk Mill burned to the ground in a fire that started at around 3AM on October 2nd, 1972. 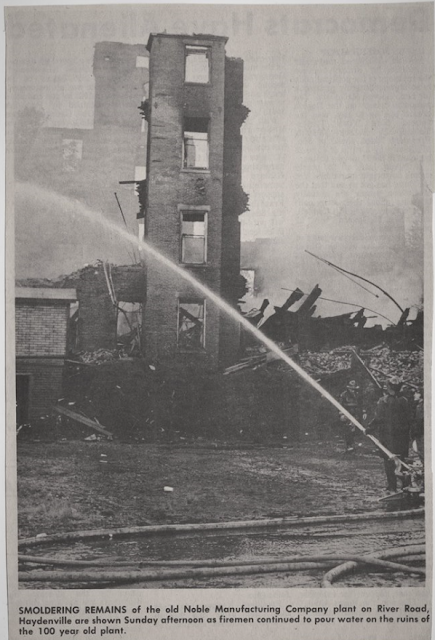 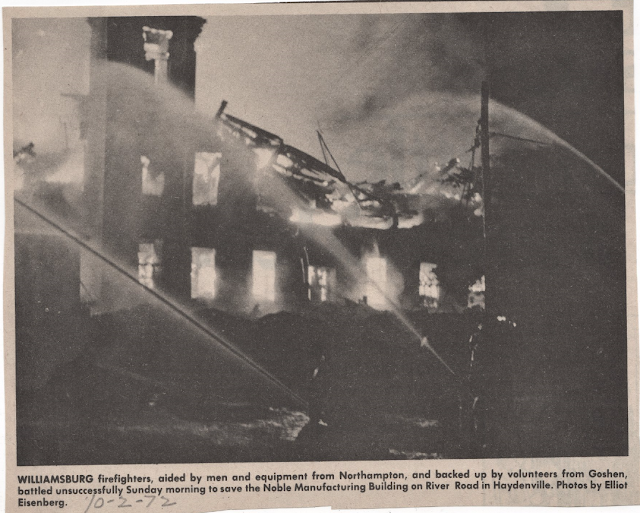 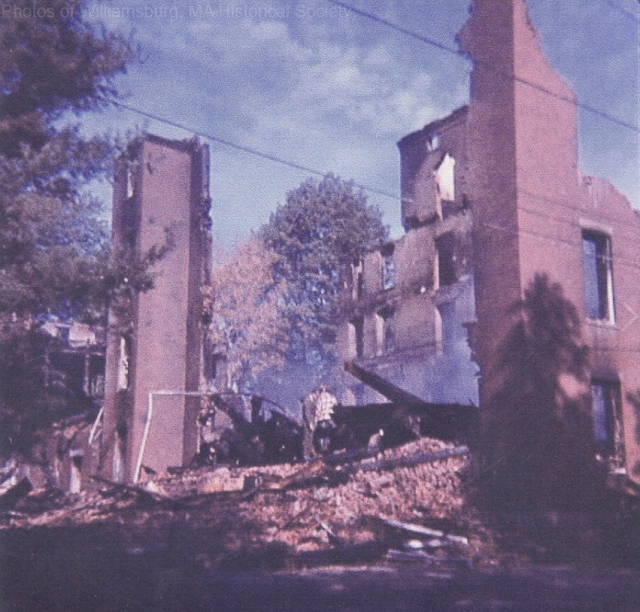 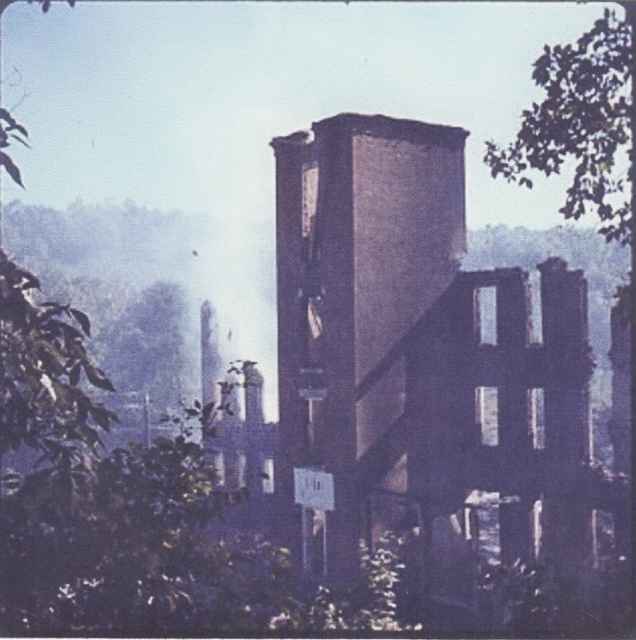 Here is what the location looks like today (40 South Main Street Haydenville, MA) 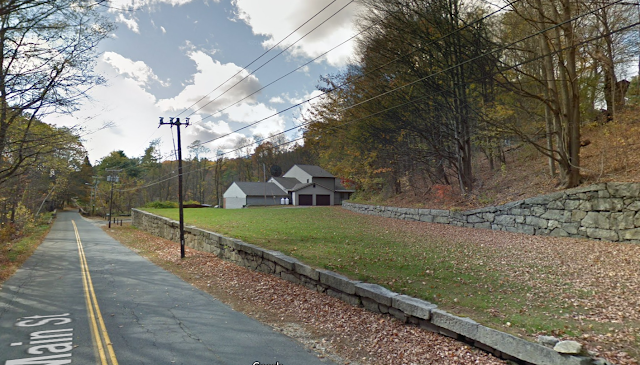 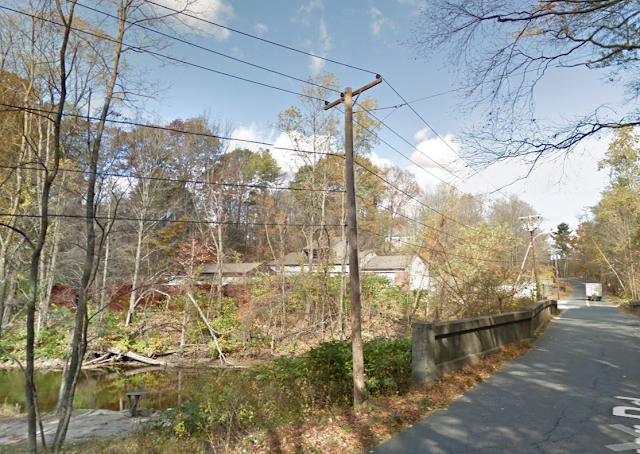 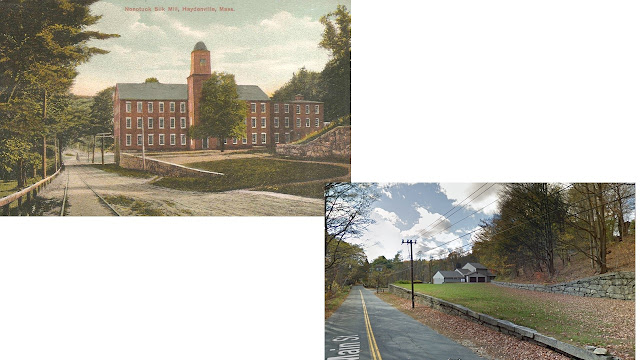 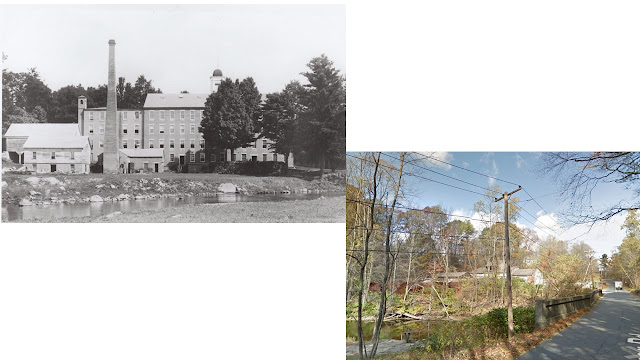 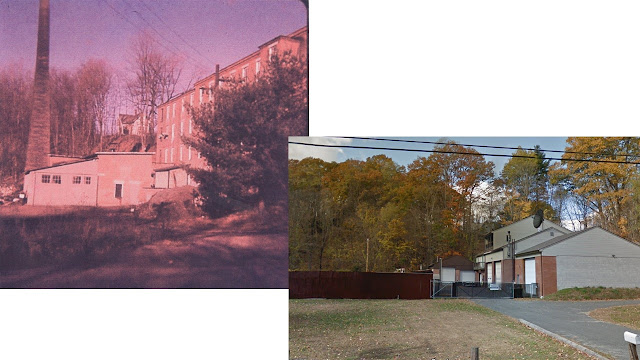 The old Haydenville Brass Works still stands, here is what it looks like today 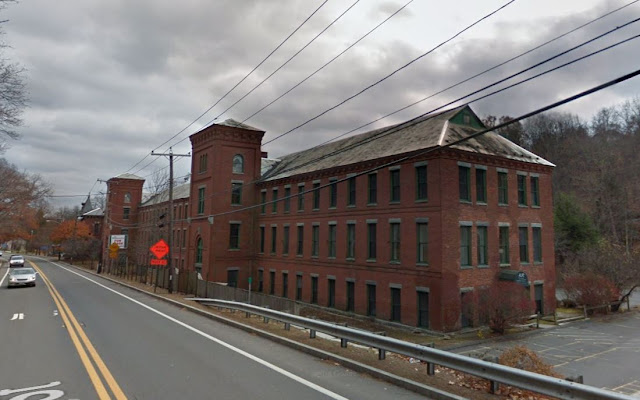 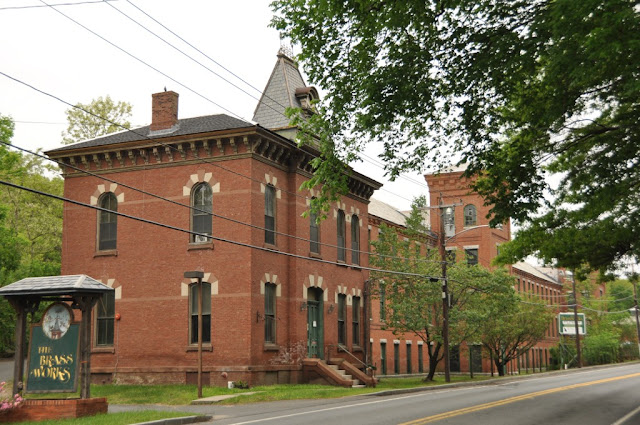 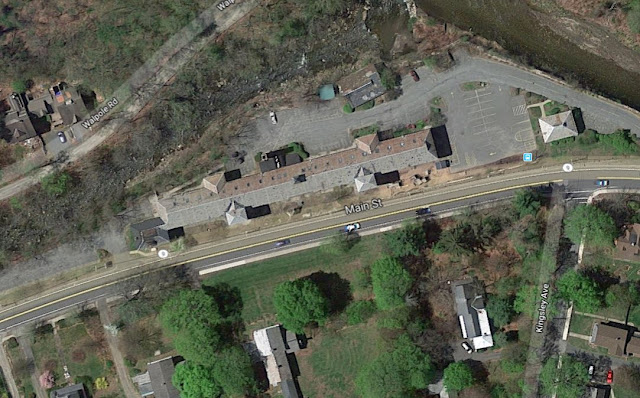