The .22 Long Rifle cartridge was created by the J. Stevens Arms and Tool Company in 1887, they combined the case of the .22 Long with the heavier .40 grain bullet of the .22 Extra Long and made history.
The .22 rimfire can trace it's history back to the Flobert BB cap of 1845, one of the earliest metallic cartridges. Today it is the World's most popular cartridge.

The original loading of the .22 Long Rifle used black powder and pushed the .40 grain bullet to 1,100 fps, which is nearly identical to the standard velocity .22 LR used today. 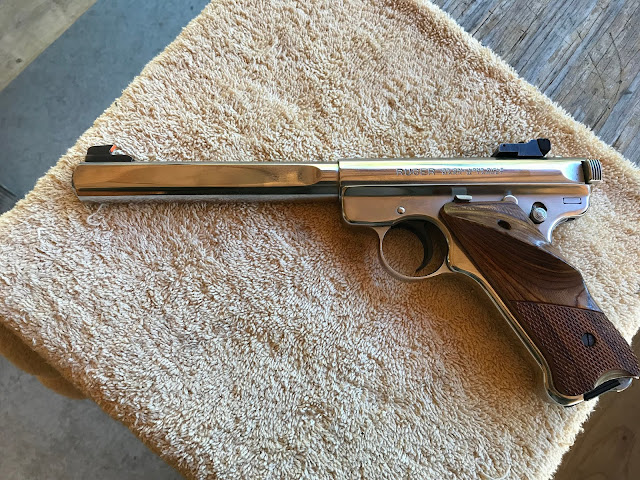 First up is a load from Aguila, it is their .22 Super Extra High Velocity cartridge, using a .40 grain copper plated bullet with an advertised muzzle velocity of 1,255 fps, see their website here 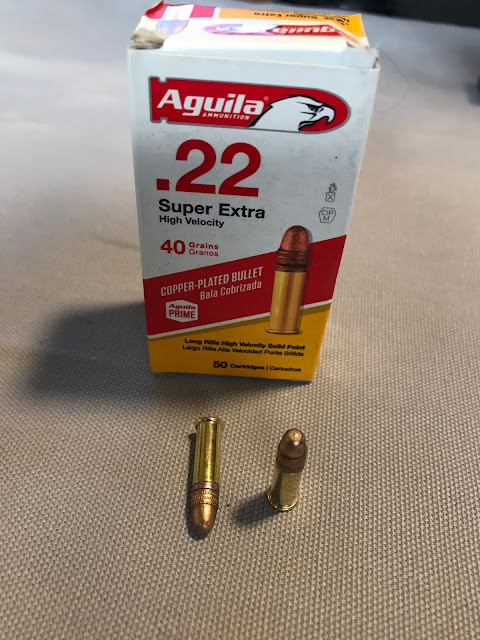 Aguila (pronounced aagweelaa) is the Spanish word for Eagle, the company was founded in 1961 in Cuernavaca , Mexico.
They have built a reputation for quality ammo at an affordable price. This particular round is sold by Widener's for $20.85 for a case of 500 (ten 50 round boxes).

The head stamp features a stylized capital A 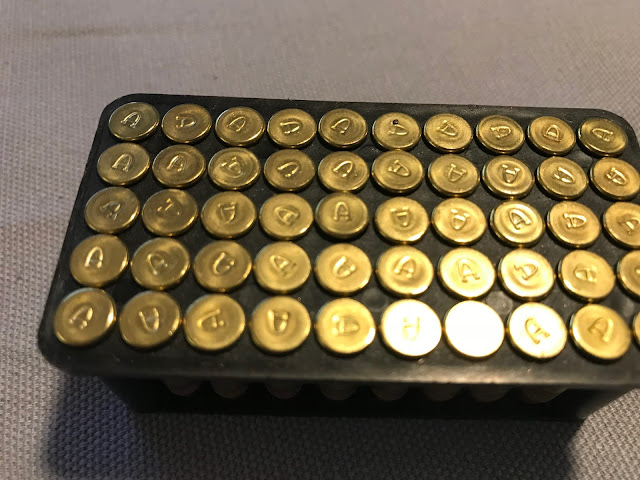 If you know anything about .22 LR firearms, you know that every gun has a favorite round that will provide the maximum in precision. In this test we will use a variety of guns, testing the velocity and precision and in the semi-auto firearms the rapid fire reliability.

The first round only registered at 667 fps and it failed to eject, after that the rounds were very consistent with only a variance of 26 fps. Overall the average (including the first round) was 1,038 fps with a variance of 432 fps.

The advertised velocity of 1,255 fps is higher than any of the cartridges we tested.

Armscor was started by two British men in the Philippines in 1905. The Squires, Bingham and Company Print Shop started to add sporting goods to the shelves and soon found themselves selling firearms. The company was purchased by a local family in 1941. The Tuason family was granted permission by the Filipino government to manufacture firearms in 1952. Their ammunition line came on in 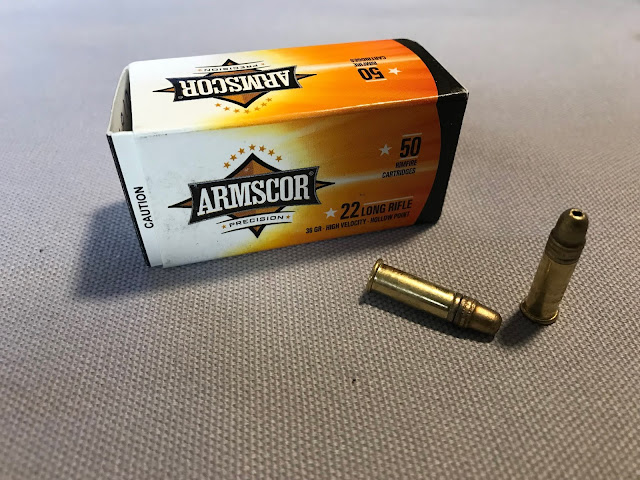 These are 36 grain copper plated hollow point with an advertised muzzle velocity of 1,247fps, see website here.
Widener's sells these in a 5,000 round case for $179.00.

The head stamp has a stylized T, I assume for Tuason the family that owns Armscor 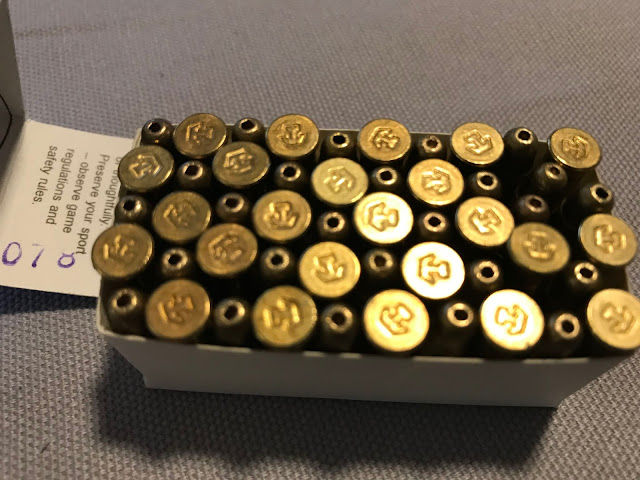 The Armscor ammo was very consistent ranging from 1057 fps to 1110 fps. We even had the same bullets give us the same reading four times. This gave us an average of 1,091 fps and a variance of 53 fps. We did have one failure to feed. The average was 156 fps below their advertised velocity.

Next up is Federal Champion 40 grain solid lead.

Federal Ammunition originally started making ammo in 1916. WWII boosted them to become one of the largest mfgs of Ammunition. Federal is part of ATK (now Vista Outdoor), based in Anoka, Minnesota, Vista Outdoors is also the parent company of CCI. 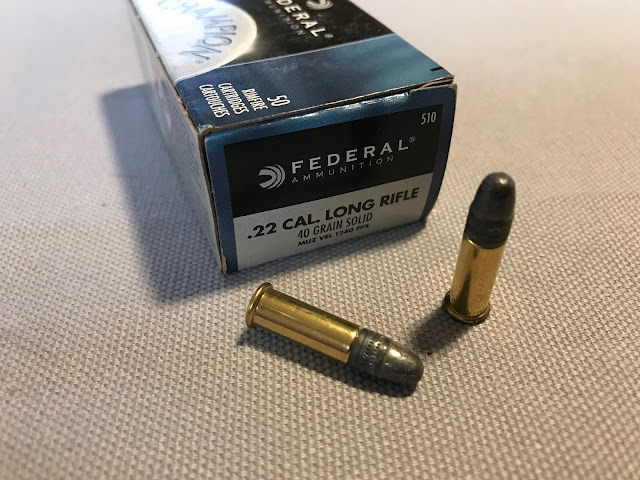 Federal's website (and the box end flap) lists the muzzle velocity at 1,240fps, which is moving pretty fast and should qualify this as "high velocity", but this is a standard loading.

The head stamp has a simple capital F 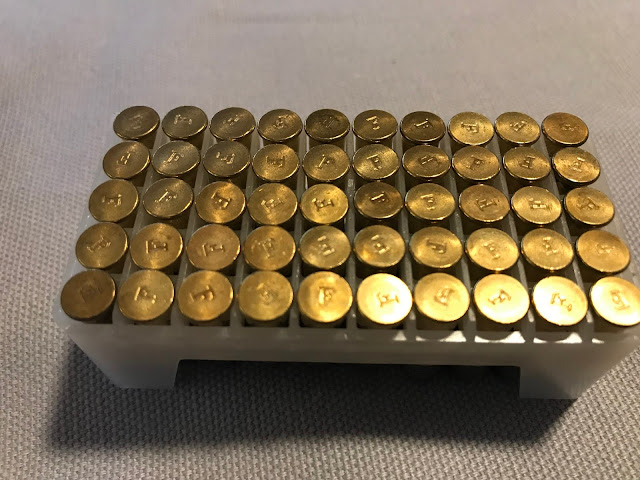 The Federals were also very consistent, with a variance of 53 fps and an average of 1,181 fps, which is just 59 fps lower than their advertised velocity. No failures to fire, feed or eject.

Next up is the famous Blazer .22 round. Blazer is a Cascade Cartridges Inc. (CCI) brand that has been used as long as I can remember.
CCI was started in the early 1950s by Dick Speer, brother to Vernon Speer (Speer bullets). Based in Lewiston Idaho (a town named after explorer Meriwether Lewis, of Lewis & Clark fame), they are now owned by Vista Outdoors, same as Federal Premium. 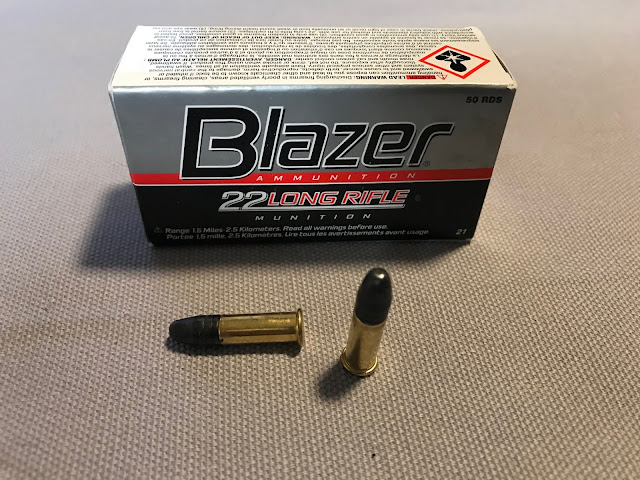 Blazer .22 ammo is perhaps the most used and most trusted .22 LR ammunition on the market, it almost seems silly to test it.
CCI has a separate website for the Blazer ammunition line and advertises this 40 grain lead round nose cartridge as having a muzzle velocity of 1,235fps, nearly identical to the Federal load above. CCI does list this Blazer ammo as "high velocity" though. See the website here.

The head stamps have a capital C on them, same as they have always had. Widener's has the Blazer ammo for $22.85 for a 500 round brick 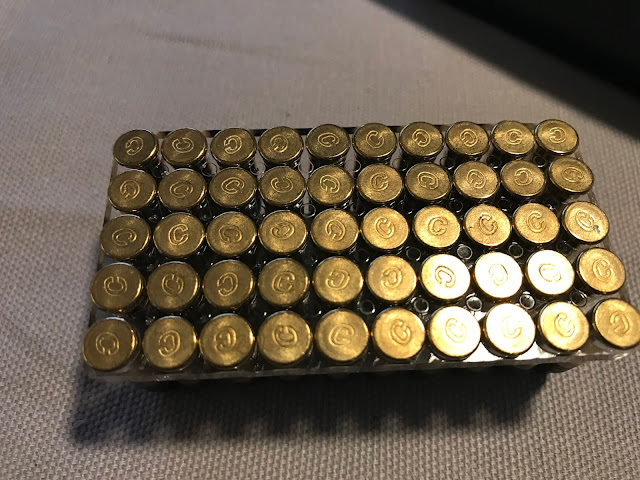 The Blazers were extremely consistent with a variance of just 40 fps and an average of 1135 fps, which is exactly 100 fps lower than their advertised speed. No failures of any kind were experienced.

Last up is the standard velocity round from CCI. This cartridge mimic exactly the original .22 LR load from 1887. A 40 grain bullet pushed to 1,070 fps at the muzzle. 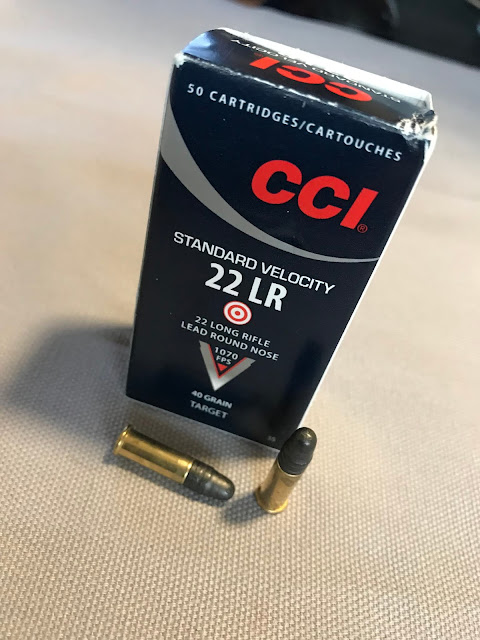 If you have never seen CCI's website, you should, they have specialty ammo for competition, varmint/pest dispatching and subsonic rounds for the suppressor crowd, visit their website by clicking here

Just like the Blazer cartridges, the head stamp has a capital C on them. 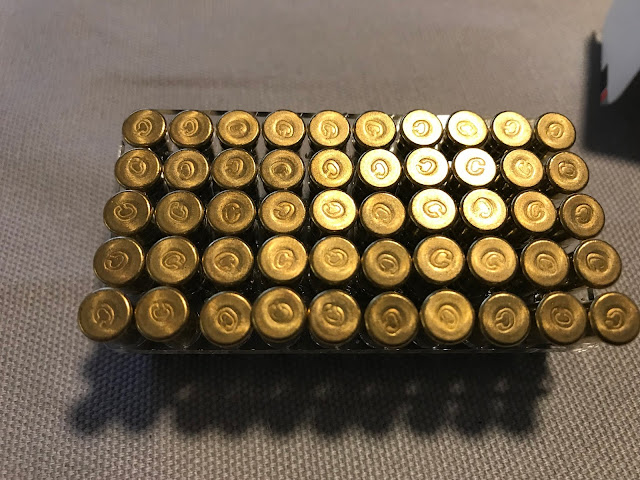 The CCIs ran pretty consistent with a variance of 26 from the slowest to the fastest. The average velocity was 994 fps which is 76 fps slower than their advertised speed. None of the cartridges we tested ran close to the advertised velocity of 1070 fps. We had zero malfunctions with the CCIs

The most consistent in our test was the CCI standard load followed by the Blazer.