The Hawes Western Marshal was a foreign made copy of the Colt model of 1873 "Single Action Army" revolver. 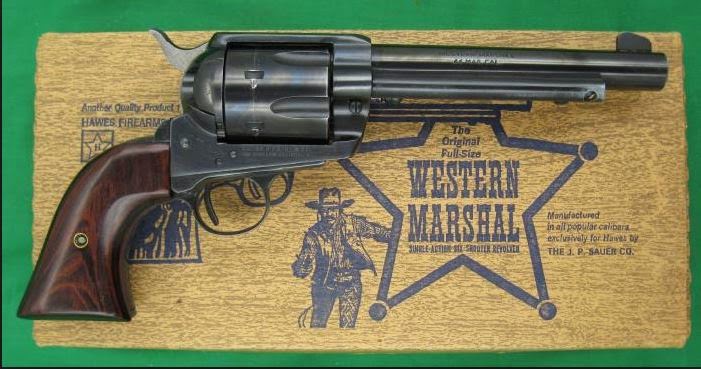 During the 50's & 60's the Western films were tops at the box office and fans clamored for copies of the six guns used by the heroes and villains on the silver screen. Unfortunately for those fans Colt ended production of the Single Action Army in 1946, they resumed production in 1955, but not until others had started plans for making copies. Among them were Sturm, Ruger & Co. Great Western Arms. 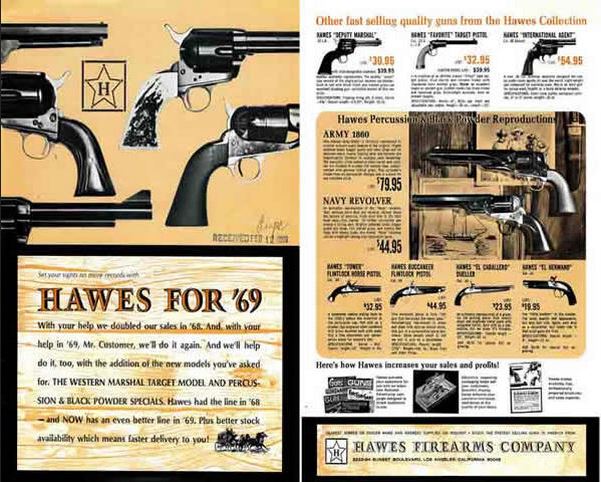 Hawes Firearms Inc. was based out of Los Angeles, but the guns were made in the West German city of Eckenforde by J.P. Sauer & Sohn during the late 1960's & throughout  the 70's.

Doing some research into J.P Sauer I found the original company: J.P. Sauer & Sohn (Sauer) in Suhl, Eastern Germany was dismantled by the Soviets after the fall of the Third Reich. It was shortly thereafter revived in Eckernförde, West Germany by a member of the Sauer family. The company was looking for a gun to market to the west and the time was right for a western style six shooter.

In the 70's the Swiss gun maker SIG acquired Sauer to make SIG service pistols for the German police. Later, SIG sold its arms branch to German investors Lüke & Ortmeier. in 2009 L&O spun off the traditional hunting rifles into a new company in Isny, southern Germany, which was named JP Sauer & Sohn, while what was formerly JP Sauer & Sohn (Eckernförde) was renamed to SIG Sauer and continued to make service and sporting weapons.

Production and importation of the SAA copies ended sometime in the early 1980's. 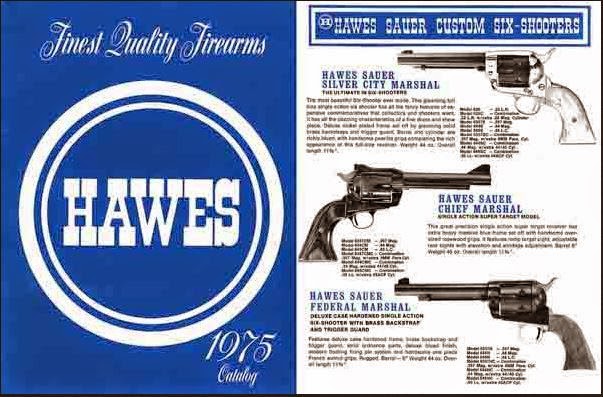 The various options were given their own model name like:
Options included:
The revolvers were chambered in .357 Magnum, .45 Colt/.45 ACP and .44 Magnum. A rimfire .22LR/.22 Magnum version was also produced.

These guns were also sold by other importers, Herter's marketed them under the names: "Powermag" and "Single Six" (which I'm sure caused issues with Ruger). 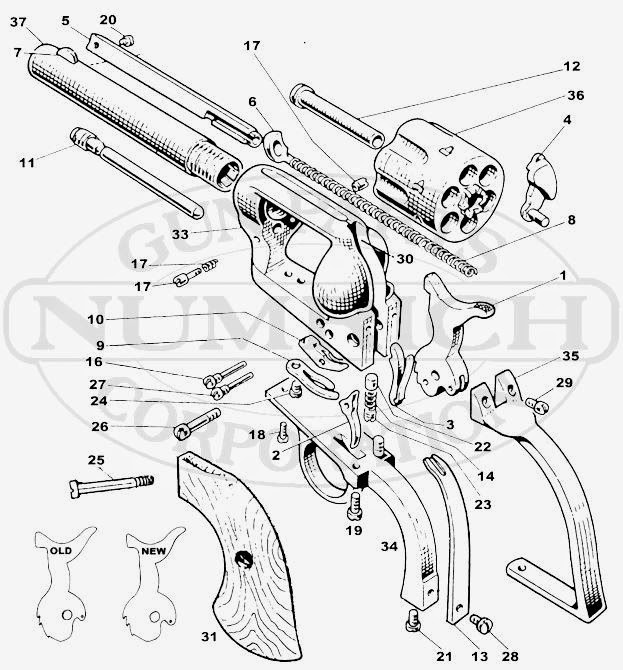 The guns were made of alloy steel with aluminum two piece grip frames and aluminum ejector rod housing. The guns use a frame mounted firing pin but do not feature a transfer bar safety, thus the unique look of the hammer. Like an original Colt, this required the user to carry the gun with an empty chamber under the hammer.
This "safety issue" was the cause of at least two lawsuits brought against Hawes, J.P Sauer and their insurance company. 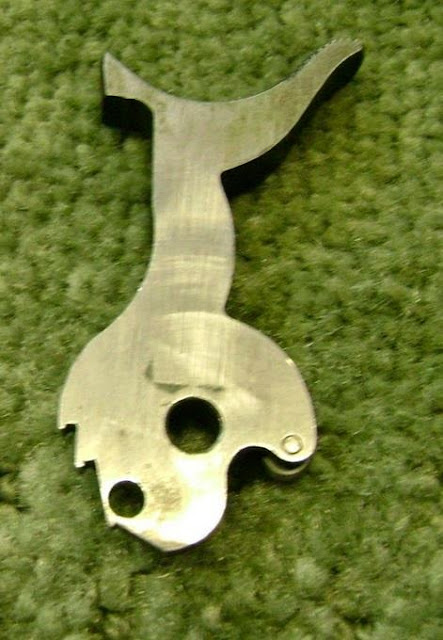 You can see with the hammer at rest, the firing pin extends past the breach face. 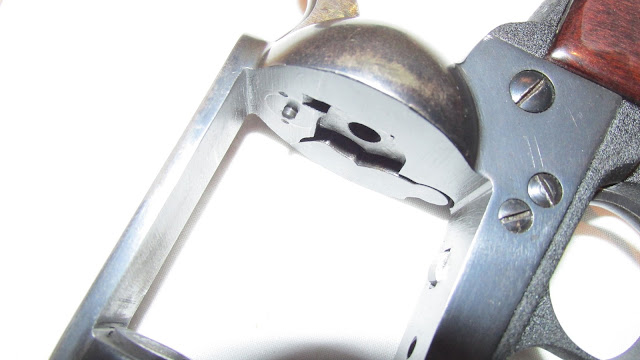 While these were copies of the Colt, the dimensions of the revolvers weren't that of the Colt model of 1873. The frame was larger (to handle the modern loads and allow the .44 Mag chambering) the grip frames had a different profile and the cylinders were larger in diameter.

Searching online I found only anecdotal information. Some commenters thought they were quality made guns, others had numerous complaints.
Remember though, these guns were made during a period in which the gun makers in the United States were producing some fine, quality guns. Even the budget priced firearms of this era came with walnut stocks and a nicely blued finish.

Compare an late '60's Colt or S&W to what is being produced today, there is no comparison.

One must consider these West German guns were never intended to compete with the Colt's, they were intended to be a more affordable alternative, selling for a fraction of what a Colt SAA sold for.
The old adage of "you get what you pay for" comes to mind.

I am not defending the J.P. Sauer made guns, just pointing out the environment in which they were being sold into.

Complaints of the J.P Sauer revolvers included the following:
I found a couple of "expert" reviews:

Guns & Ammo Magazine reviewed the Hawes line of revolvers in September of '73 and referred to them as "The Poor Man's Commemorative". Perhaps this was a dig, or maybe a comment on their intended market. I couldn't find the whole article, if someone has it please forward a scan, picture or link.

Master Gunsmith and quick draw shooter Bob Munden worked the actions of more than a few Hawes guns. I'm sure if the quality of these guns were dubious, the famous quick draw artist would have kept his distance. 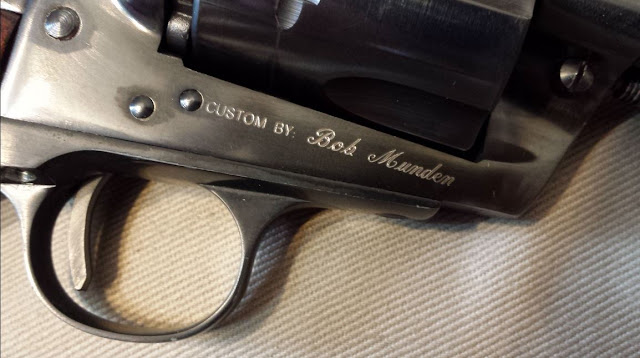 This particular gun is chambered for .44 Magnum, using a 6 round recessed cylinder and a 6" barrel with fixed sights.

This gun did suffer from some locking up issues and some severe end shake.

The anodized finish on the grip frame and ejector rod shroud were well worn, the owner had them duracoated in black "camera finish". 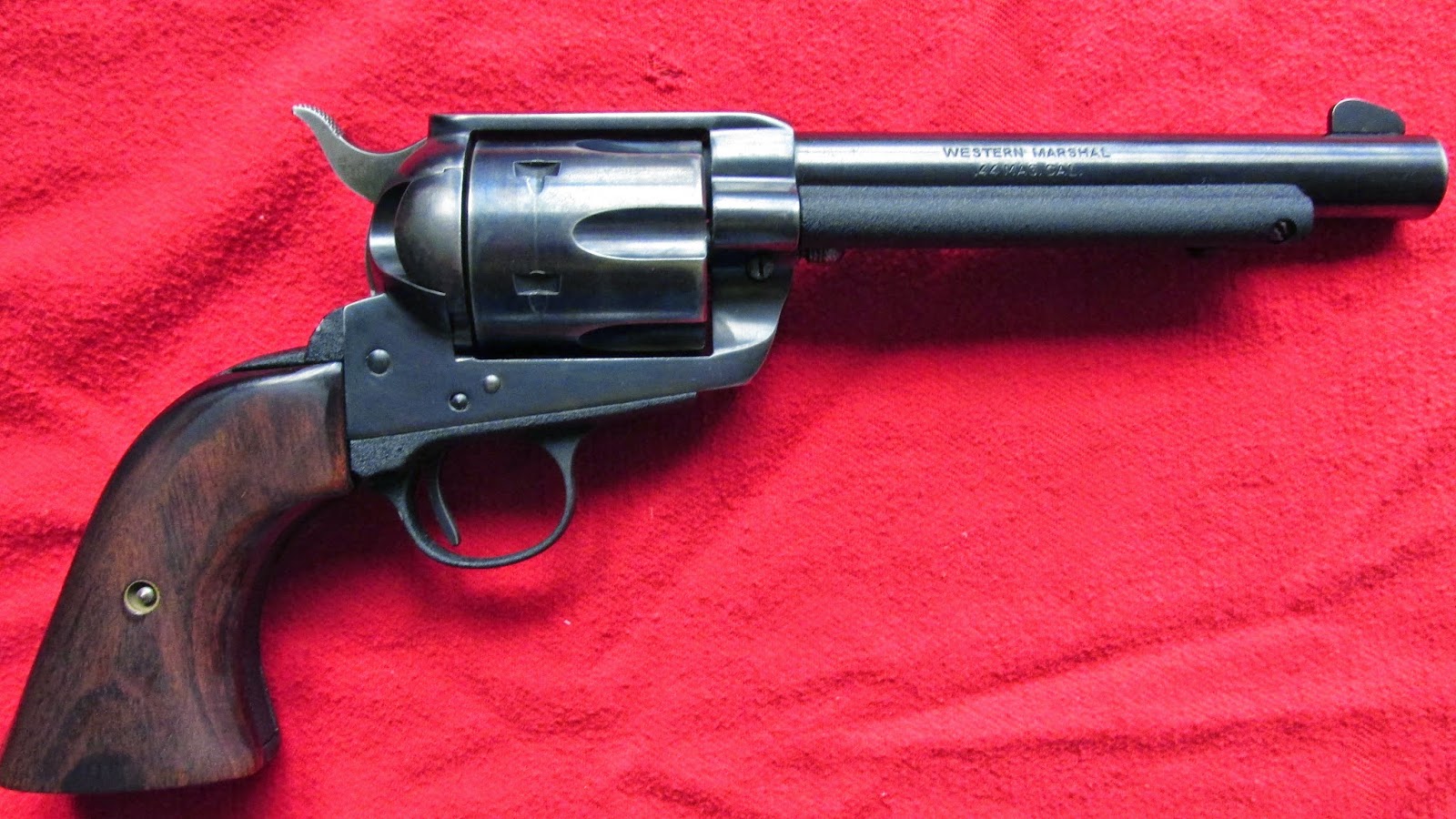 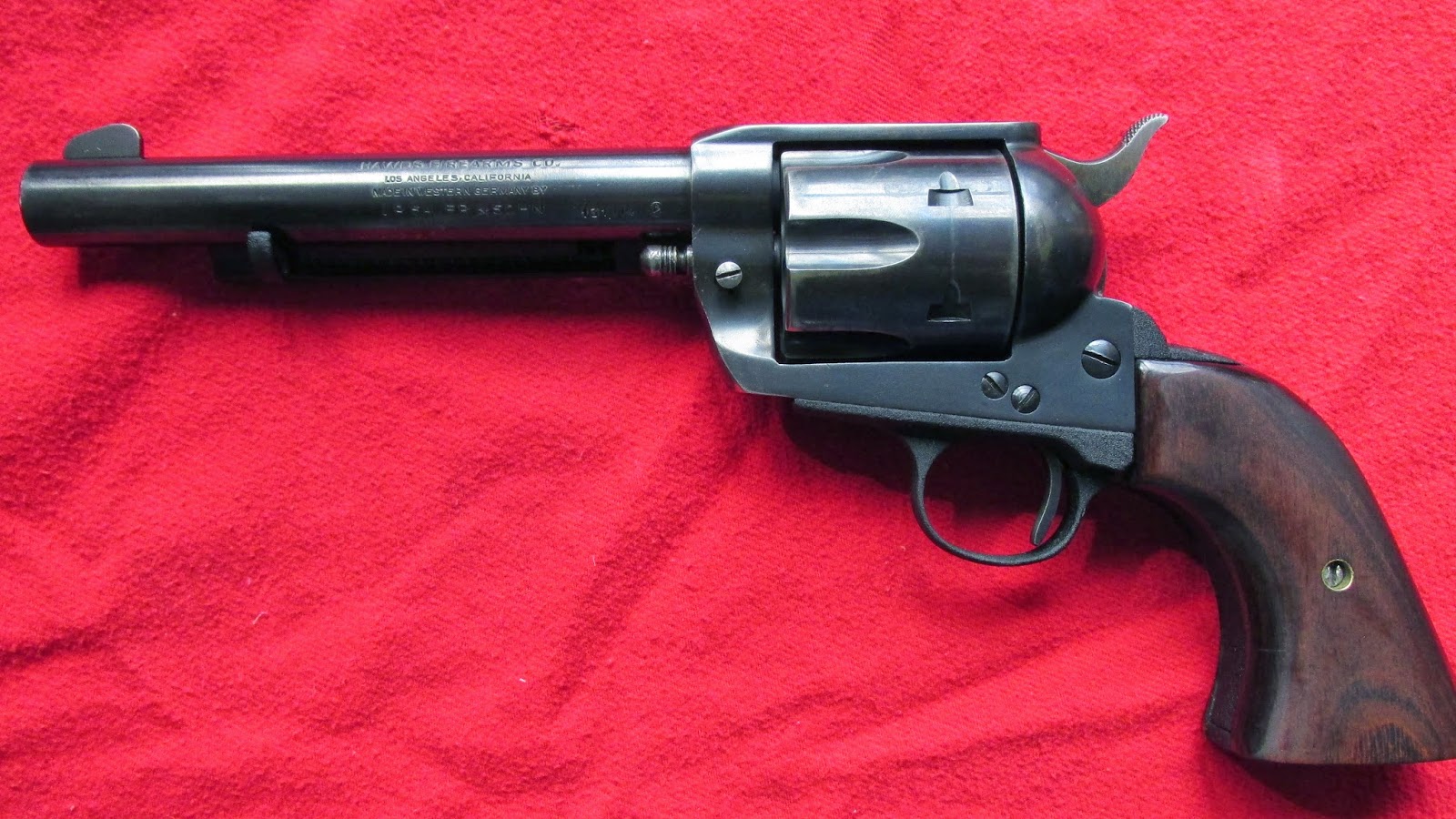 These guns have not increased much in value and can usually be found in the sub $300 range. Part of this might be due to quality issues, poor reputation as being a cheap import or because for a few dollars more you can get a used Ruger Blackhawk (notice the western reference there?).

My personal opinion? They aren't Colts, nor are they Rugers, but if you find one for a "can't pass it up price", go ahead and buy one, I personally would steer clear.

My reasoning? Parts for these guns are difficult to find. In addition there are plenty of other quality guns like Uberti, Ruger and others are easy to find and for reasonable prices, not much more that you would pay for one of these Hawes' revolvers.


The pictures above were found freely on the world wide web and are used under the guidelines of Fair Use, per Title 17 of the U.S. Code. Where possible the source has been credited.
If you own the copyright to any of these images and wish them to be credited or removed, please contact me immediately.