The Featured Gun this month has been revered for decades. In its original form it was known as the "Rifleman's Rifle" and often called the "finest production bolt-action rifle ever made".  Shooting Times Magazine even gave it the title of "Bolt-action Rifle of the Century".

The story begins with German gun designer Peter Paul Mauser. On September 9th, 1895 Mauser changed the gun world forever when he received a patent on his improved bolt action rifle.
Keep in mind, Mauser didn't invent the bolt action rifle, that credit goes to fellow German Johann Nicolaus Von Dreyse who built the first bolt action rifle in 1824.
After some modifications to suit the German Armament Board Mauser's rifle was adopted as the Gewehr 98 in 1898. Almost all bolt action rifles made after 1898 owe at least some of their features to the Mauser design.

In the late 1800s the United States was struggling to keep up in the small arms race. After adopting the Norwegian designed Krag-Jorgensen rifle in 1892, the rifle was found to be lacking. This was most evident when compared with the Spanish Mausers during the Spanish American War.
Thousands of surrendered Spanish Mauser model 93 rifles were brought back to the U.S. and studied extensively by the designers at the Springfield Armory.
The U.S. set about to design a copy of the Mauser. After some improvements were made the U.S. Military adopted the M1903 rifle. One notable improvement was the pointed or spitzer bullet as the Germans called it, made the bullets more accurate and have less drop over long ranges.

The adoption of the spire point bullet by the World's militaries gained the attention of hunters. It wasn't long before the hunting community in North America wanted the same in their gun. This presented a problem for Winchester.

This was a problem because you could not load a typical lever action tube magazine with pointed bullets as they could pierce the primer of the bullet ahead of them causing a kinetic disassembly of the rifle.
While Winchester did produce a lever action model with a box magazine (and would go on to produce more of them), it was clear bolt actions were the wave of the future.

So after the Great War ended Winchester decided to make their own bolt action rifle. In 1918 Winchester introduced the Model 51 in limited production. This gun was mostly based on the Pattern 14/M1917 Enfield rifle that Winchester had produced under contract during the war.

The model 51 did have a take down feature, but unfortunately it didn't sell very well and in 1920 it was dropped. Experimentation continued and in 1925 Winchester introduced a new Mauser based rifle called the model 54. This gun sold well, but had one major flaw, it was not very compatible with telescopic sights.

After 11 years of production and refinement, the model 54 was replaced with the model 70 in 1936.
Winchester had a good rifle the model 54, but it needed refinement. There were six key areas that Winchester focused on:

Here is the first Winchester model 70, serial # 1, completed on January 20th 1936. This standard model was chambered in 30-06 Springfield. 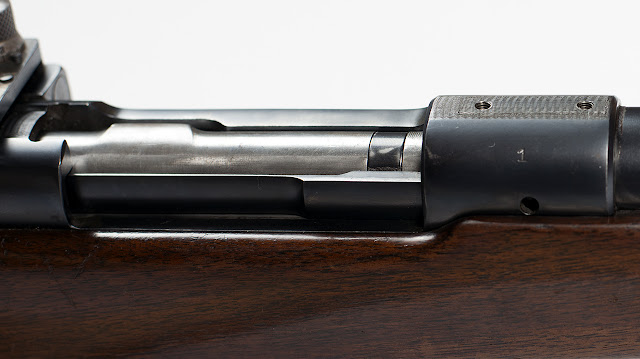 Nineteen model 70s were built in 1935, although not completed until 1936 and not shipped until 1937, despite this the model 70s official first year of production is listed as 1936. 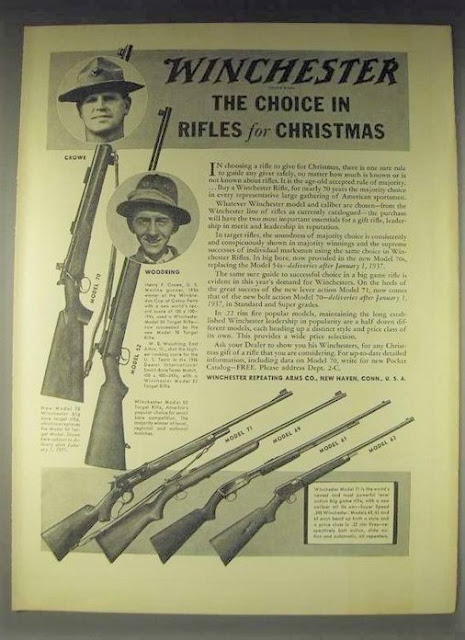 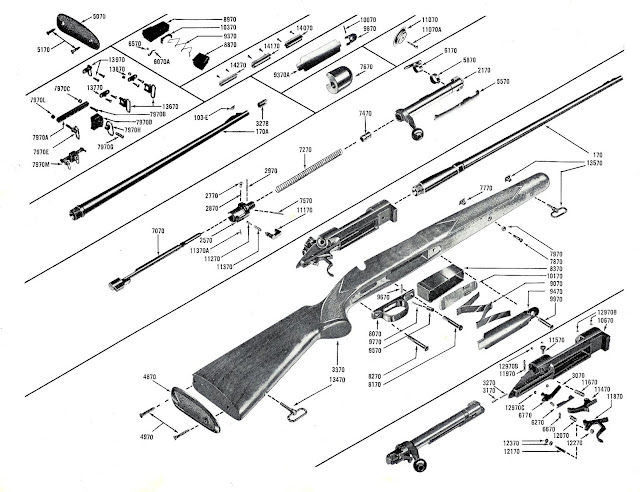 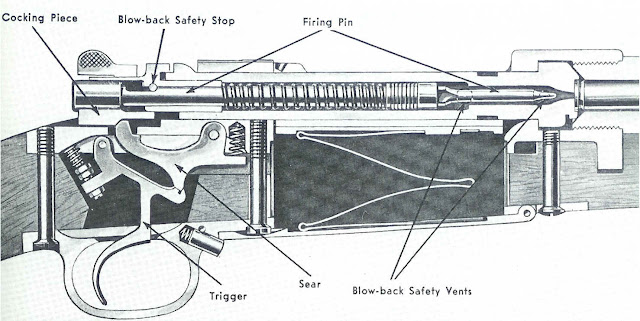 The model 70 was offered in multiple barrel lengths and more than 40 standard chamberings. There were models with specific intended uses, such as the "Feather Weight", "Super Grade", "National Match" or "Varmint".
Collectors break up the pre-64 models into three "Types" each having some minor changes to parts or production methods.

There simply is not enough time to get into the weeds of all the different models, chamberings and styles of the model 70, so we will stick to the biggest change. 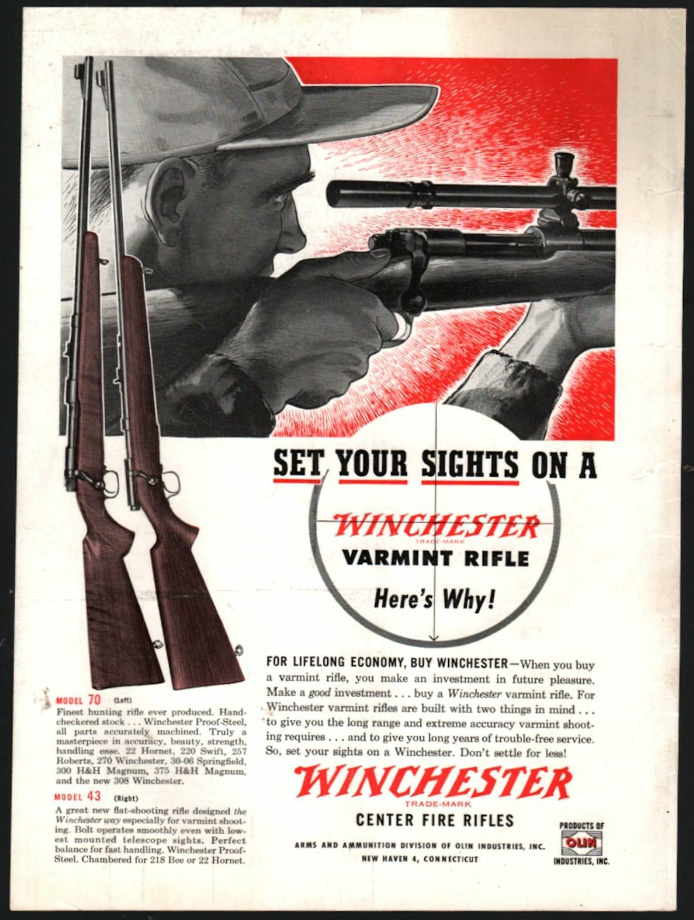 After WWII Winchester's competitor, Remington, began working on another bolt action rifle for commercial sales. From the beginning this rifle needed to be economical to produce. In 1948 Remington introduced the model 721.
The model 721/722 was refined further into the model 700, released in 1962, it changed the bolt action rifle market. When introduced the 700 sold for $114.95 for the ADL and $139.95 for the BDL. This was 10-15% less than the model 70, and at a time when production costs were rising steadily. 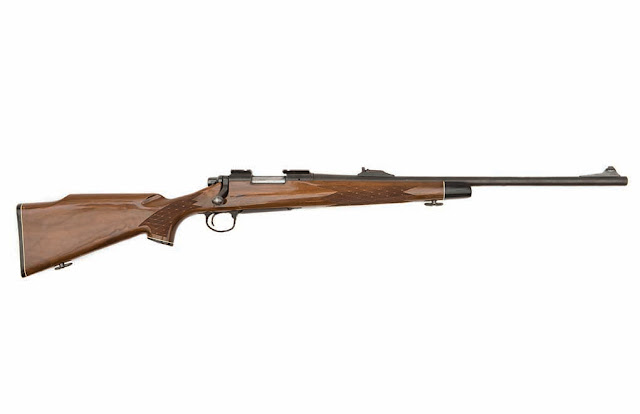 While Remington was working on the model 700's design, over at Savage a new bolt action rifle was being readied for the market. Introduced in 1958, the model 110 also used the push-feed bolt design and was very affordable, priced at $110 (thus its model designation).

Winchester knew they needed to find a way to compete with Remington and Savage on cost.

In 1963 Winchester began redesigning the model 70 so it could be built for less money. They mimicked the push feed bolt design of the Remington, they removed some features like the forward take down screw. They switched from hand cut checkering to machined, pressed checkering. The receivers were now being forged rather than milled from billet bar stock.

Many saw this as a horrible decision, Winchester took what many believed to be the best bolt action rifle ever made and made it a "me too" rifle.

There was one person who saw the markets disdain for the "new and improved" model 70 as an opportunity.
Bill Ruger decided to use his legendary manufacturing cost containment prowess to build a model 70 that was competitive on price. In 1968 Ruger introduced the model 77 (named for the models 70 and 700). The model 77 was basically a copy of the model 70/Mauser/M1903 but used some interesting advancements and Ruger's investment castings.

Some of the disliked changes to the model 70 were brought back. For instance the pressed checkering was dumped for cut checkering, but done by a machine (rather than by hand on the pre-64 models). Also the floor plate and trigger guard went back to machined steel.
In 1992 Winchester re-introduced the pre-'64 model, using most of the original design. 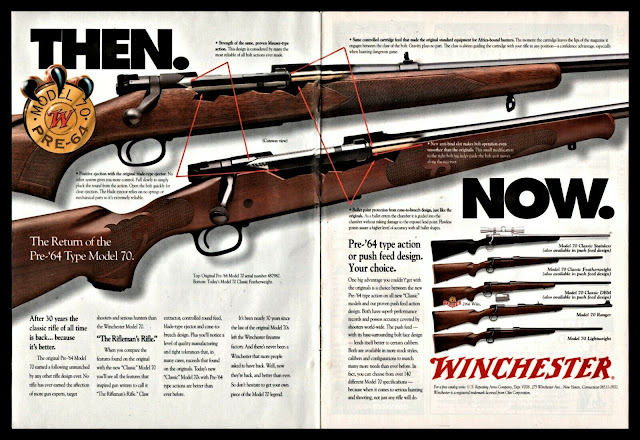 In 2006 Winchester announced that it was closing operations, the old New Haven factory would be shuttered.
A few months later it was announced that Browning would be building the Winchester rifles under a licensing agreement. The rifles were built by Browning/FN in their Columbia South Carolina plant.
Production was moved to Portugal in 2013.