A Pair of Revolvers

Next project, A guy brought me this Dan Wesson that someone had painted with Duracoat. Now Duracoat might be OK for some guns, but in my opinion, it doesn't work on revolvers.

Here is what it looked like when it arrived: 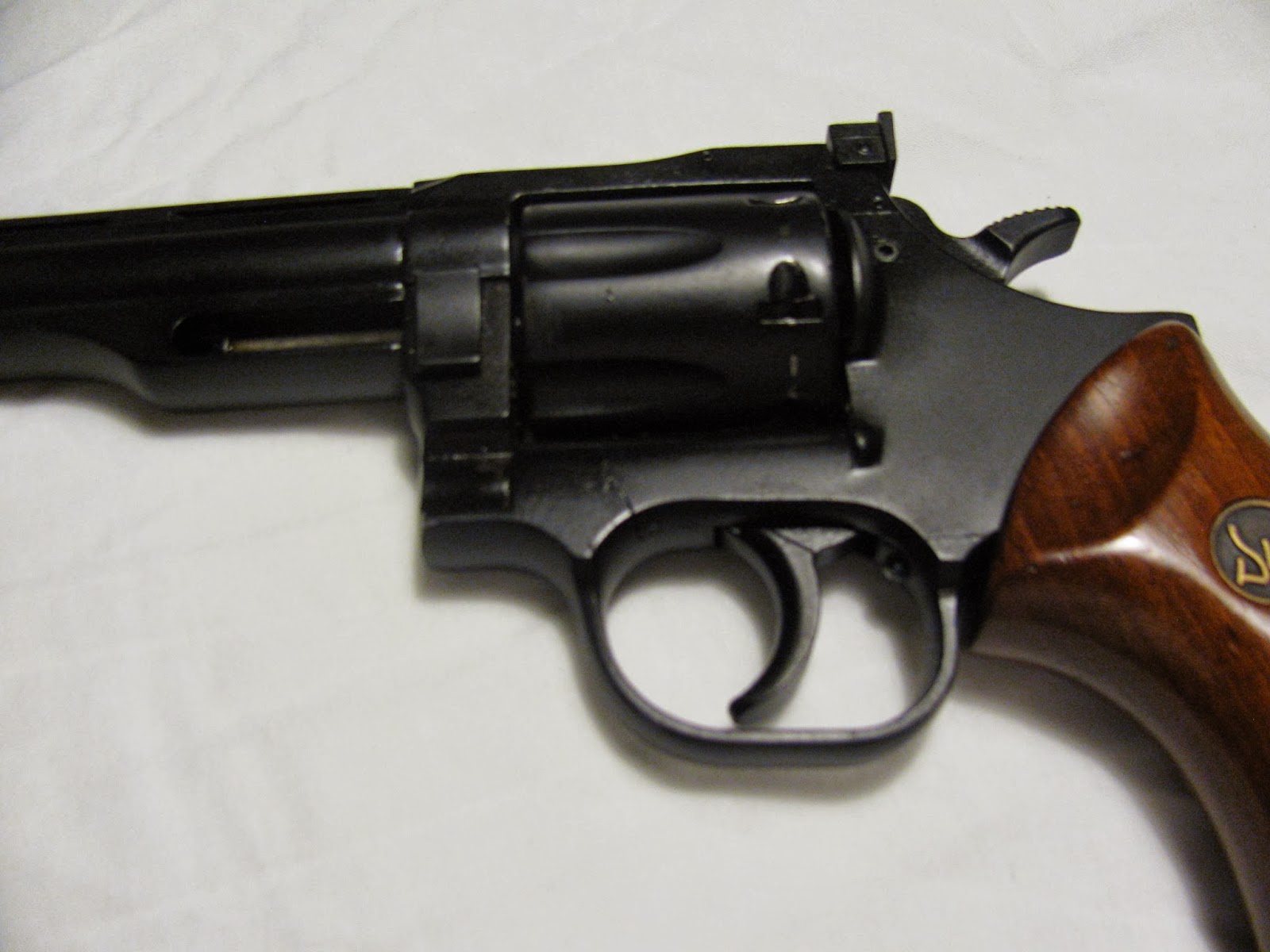 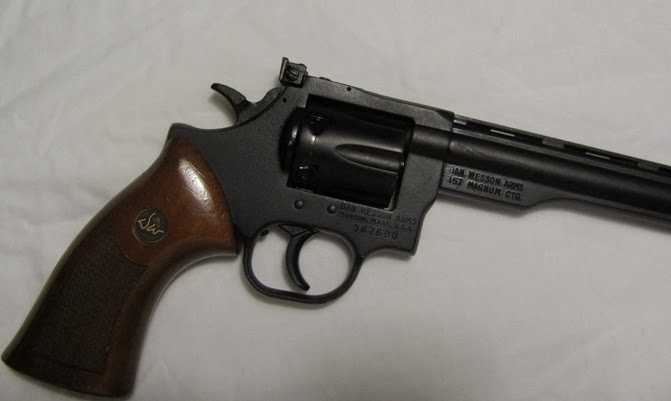 Dis-assembly, If you have ever wondered what the internal lockwork on a Dan Wesson looks like, feast your eyes: 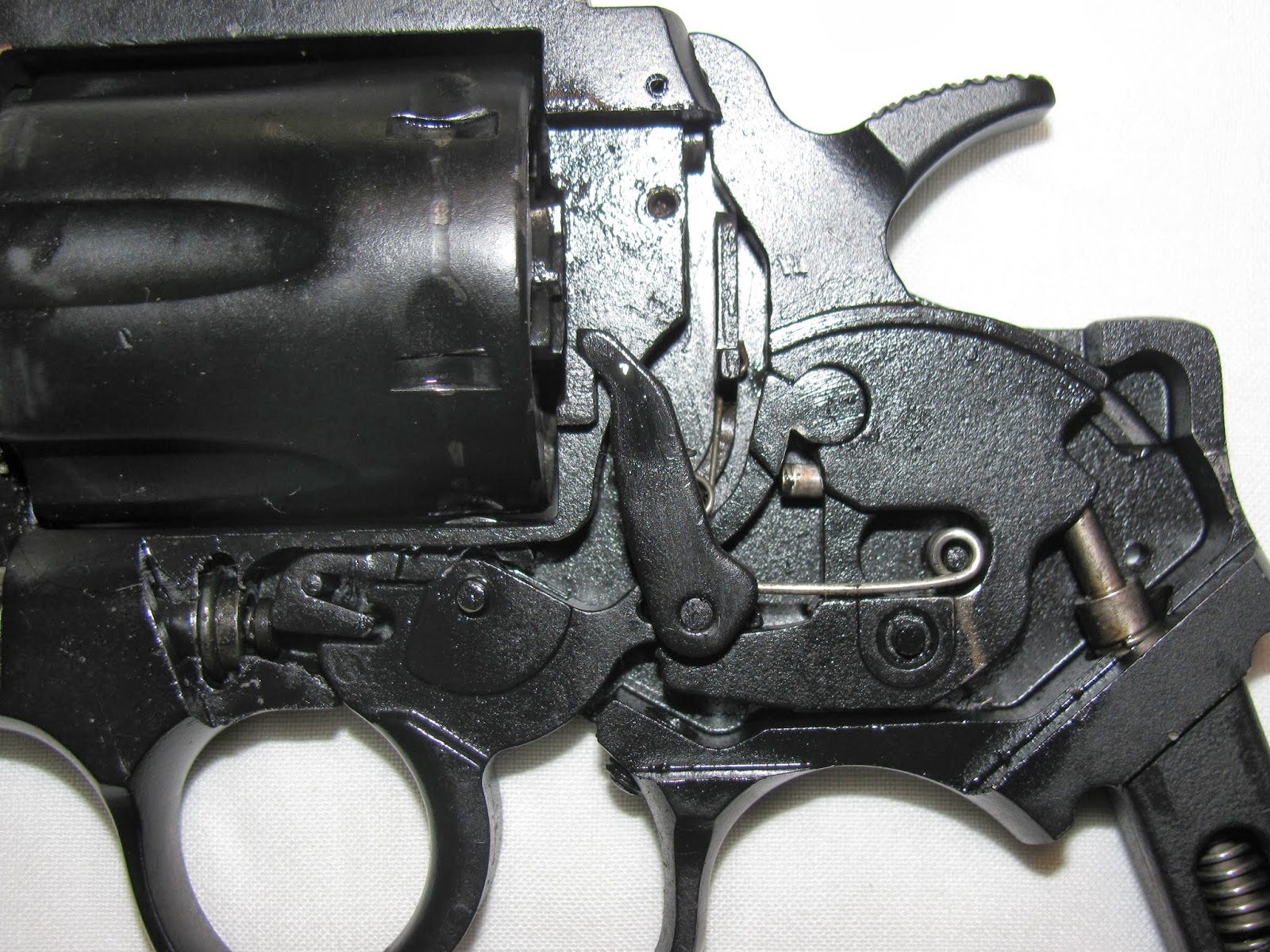 First step (after dis-assembly) was to remove the duracoat, I used the Aircraft Stripper brand, be sure to wear gloves, this stuff burns the skin. 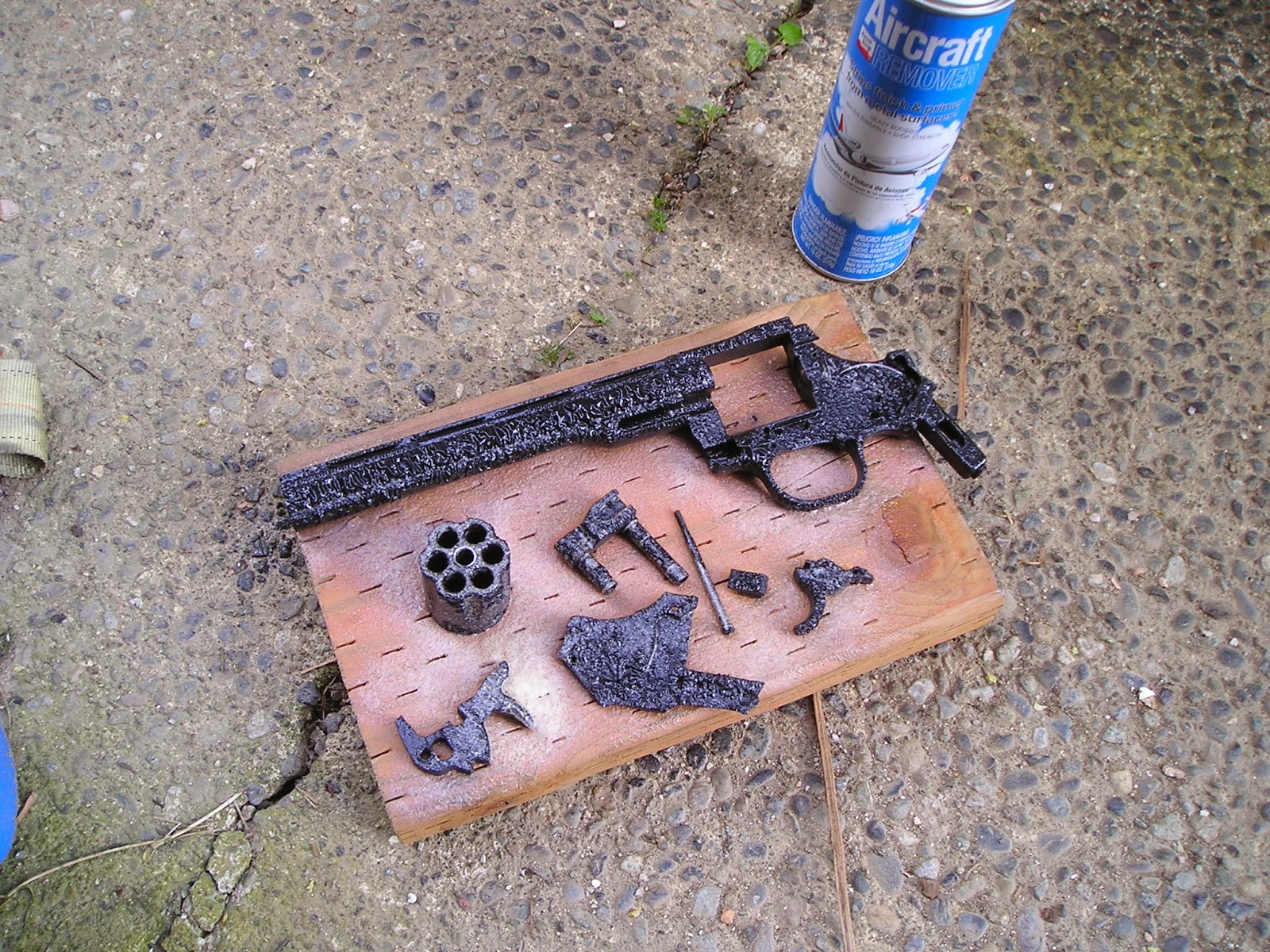 Then clean, to get the metal back to "in the white" 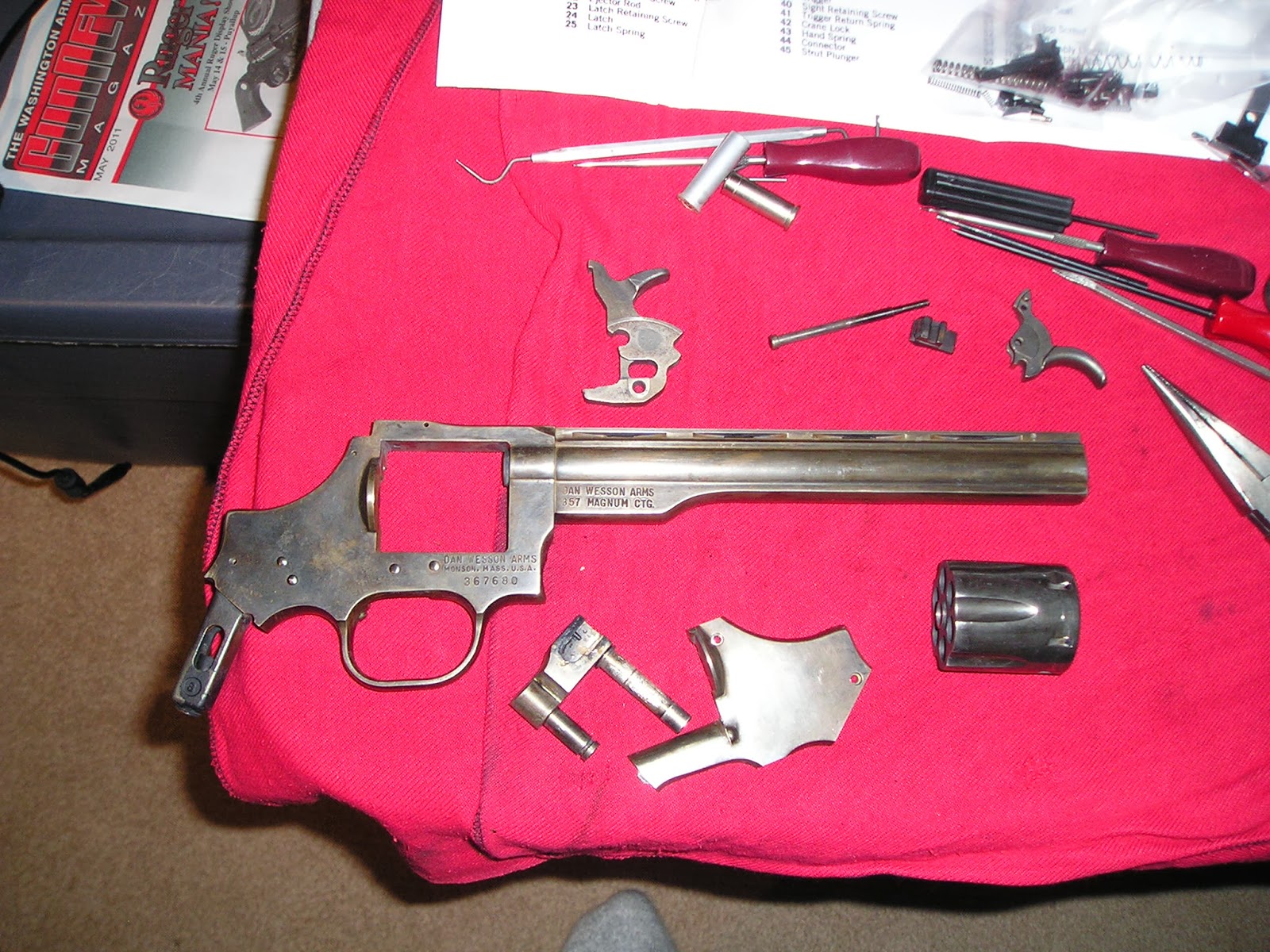 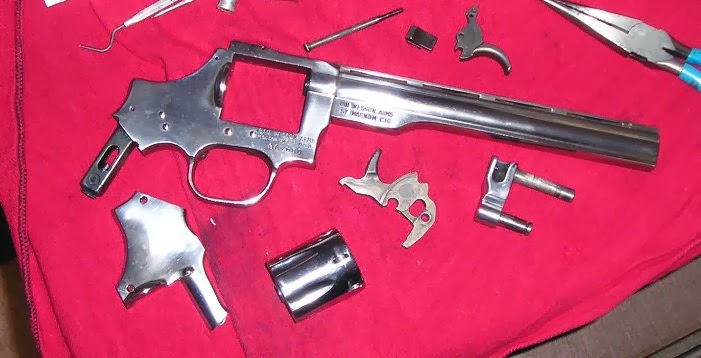 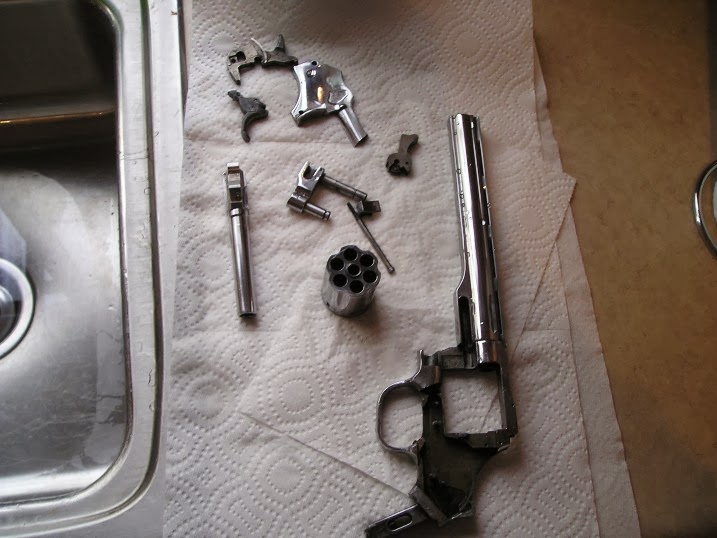 After bluing I noticed that some of the parts turned a slight plum color, this is normal on a Dan Wesson. This is a comparison shot of the customer's gun (bottom) along side my Father in-Laws gun (top) that has the factory finish on it. 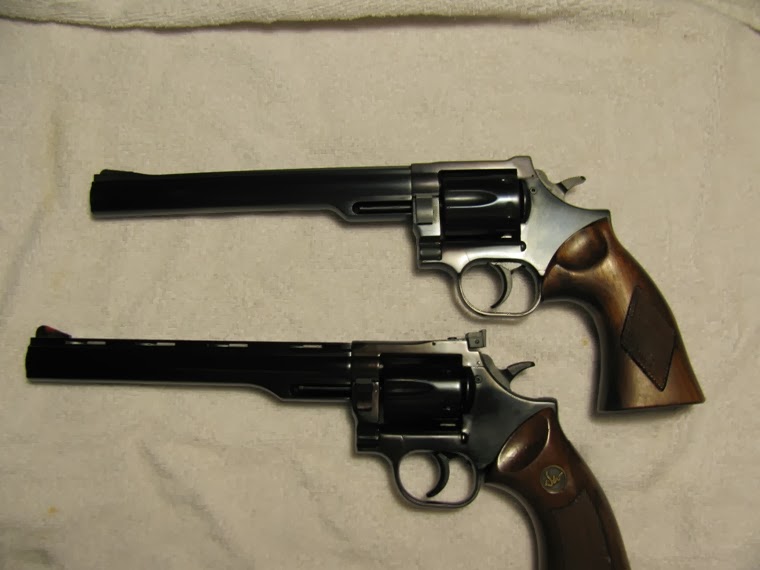 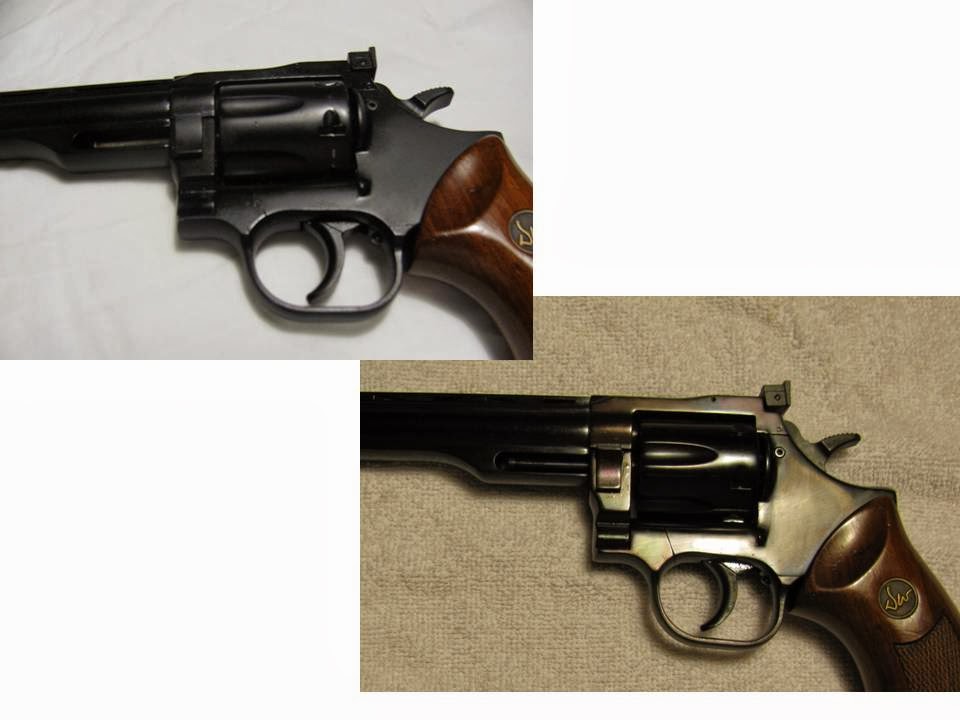 next project...another revolver! I think I might begin to loath refinishing revolvers (at least the really pitted ones), this one was ugly! A pencil barreled Colt Police Positive in .22 LR. Here are the before pics 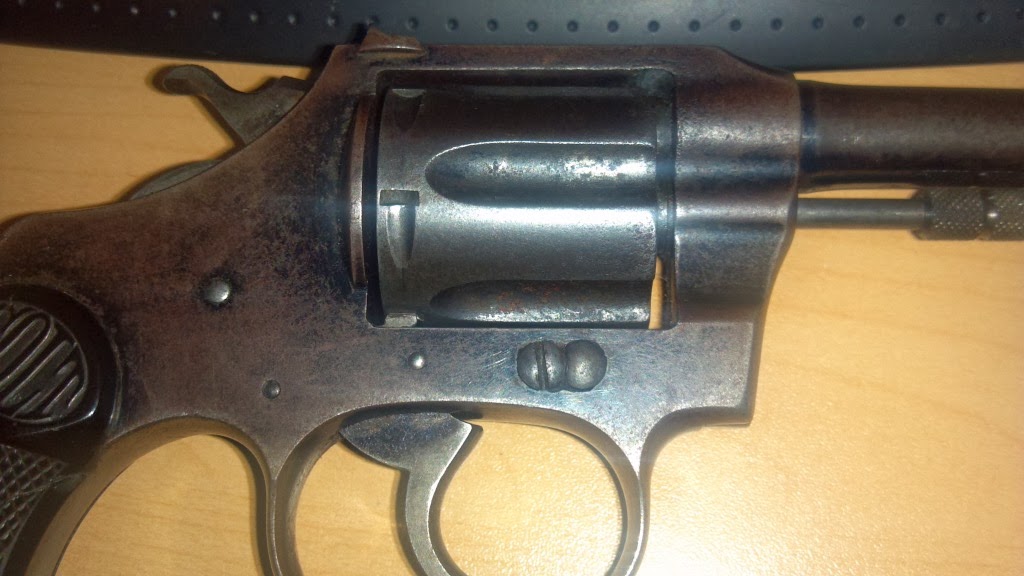 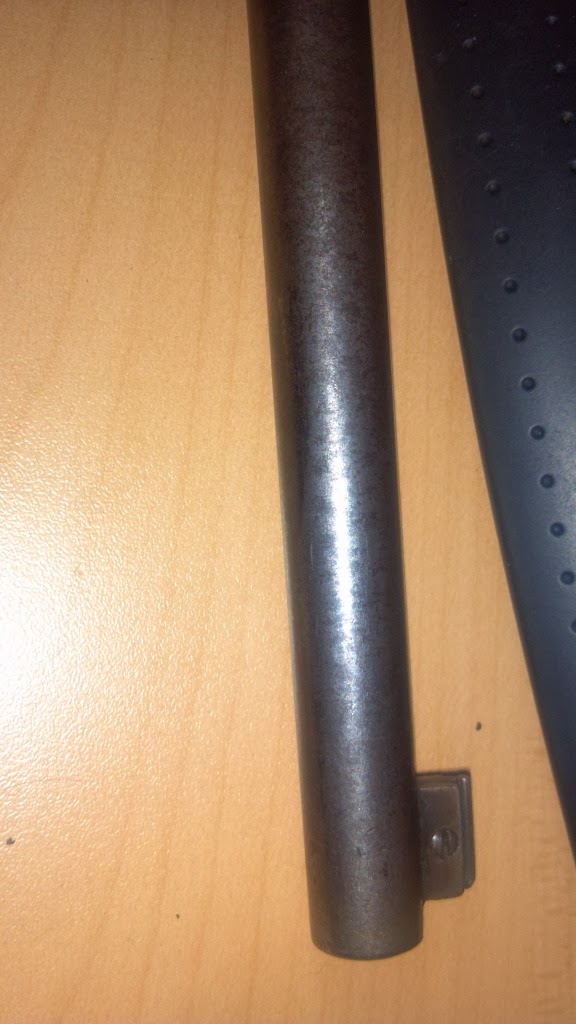 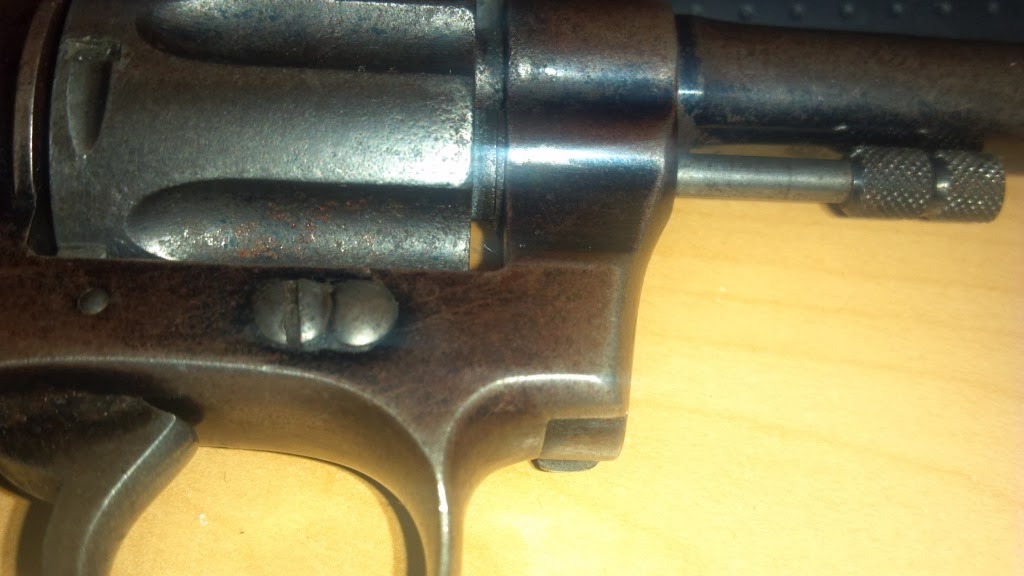 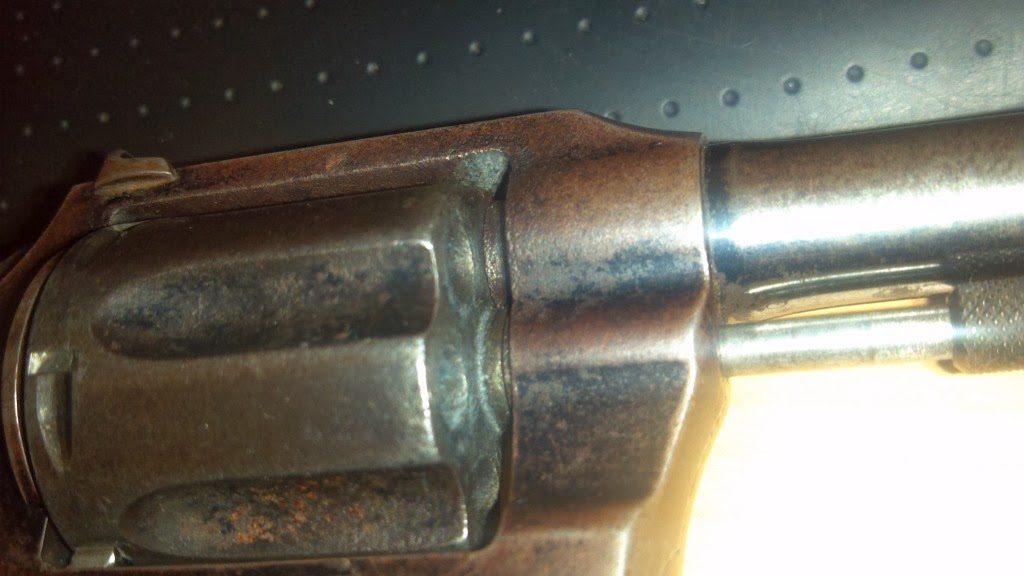 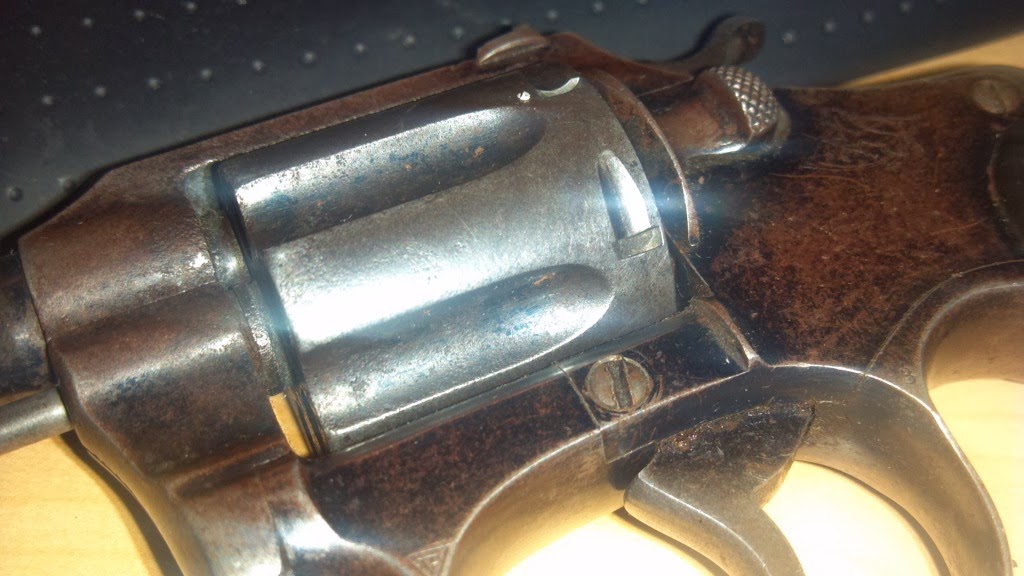 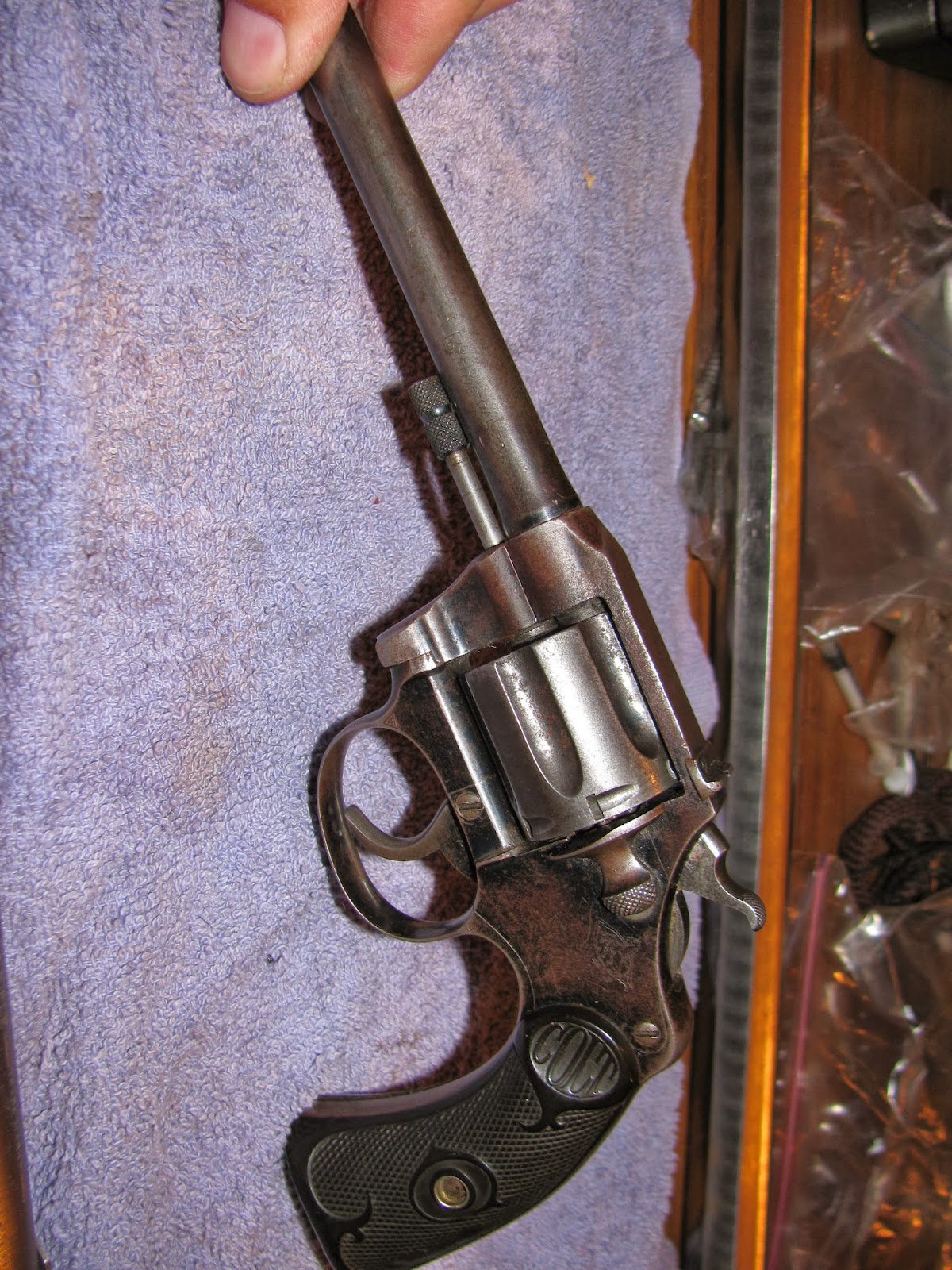 This one took a ton of sanding and polishing, I had to be really careful of the the Colt "Rampart" stamp as it was very faint 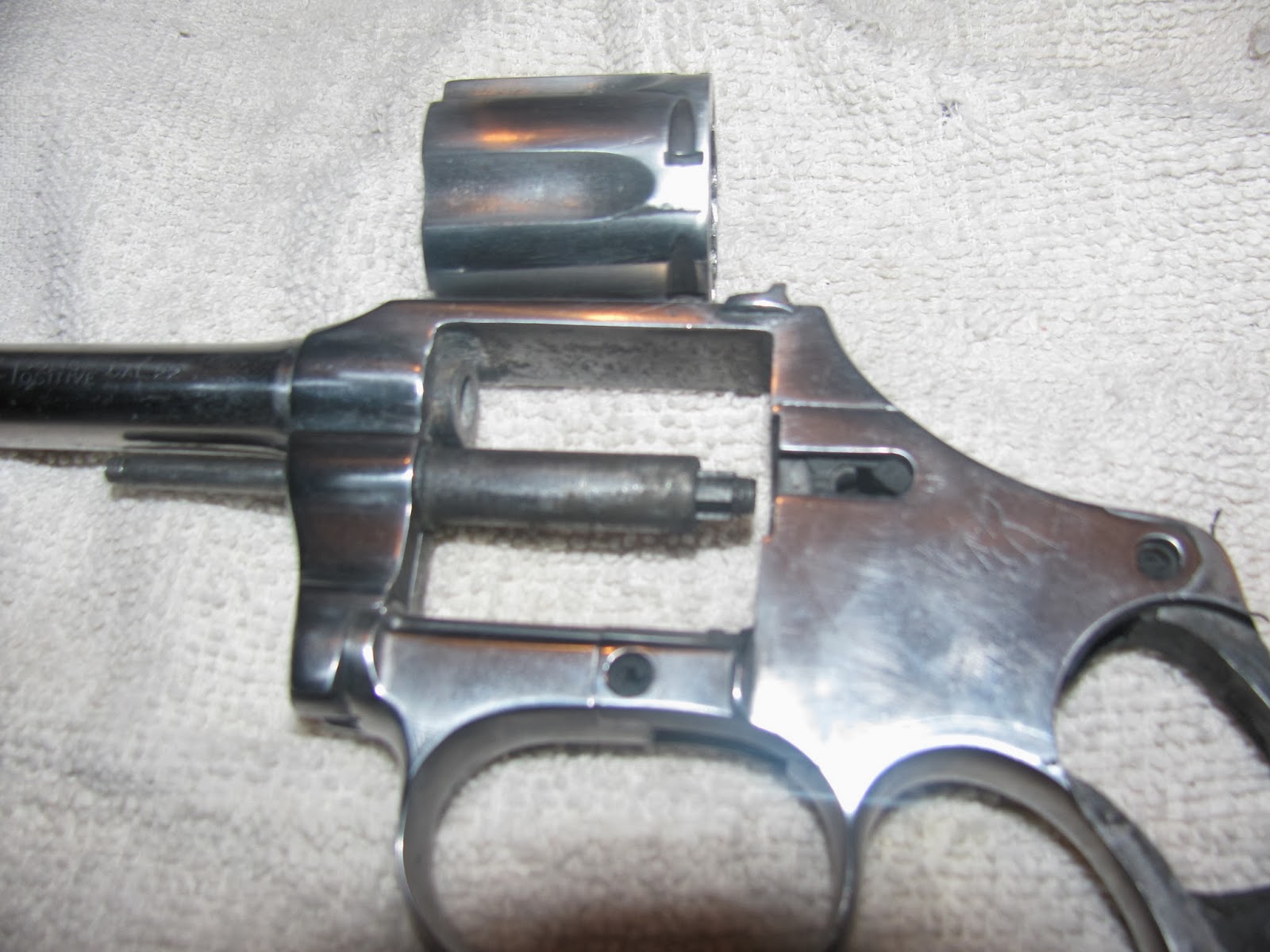 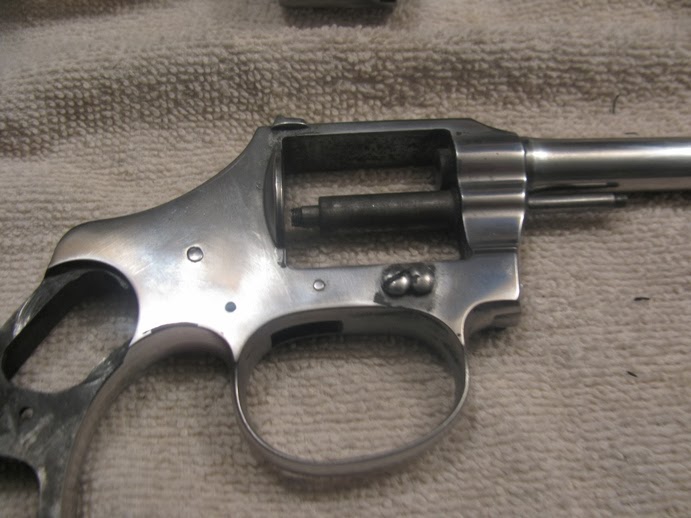 The bottom of the grip frame was beat to hell, looked like someone had used it to drive nails, I smoothed it with the file, then polished it on the buffer 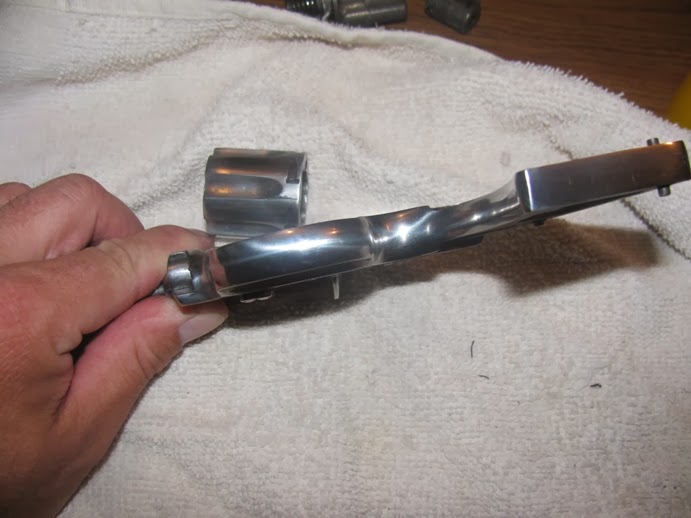 Revolvers present a different level of difficulty, you want to keep the round parts round and the square edges square...not always easy

The gun came out decent, you can see from the reflection here that the surface is nice and smooth, not perfect, but 100% better than before. 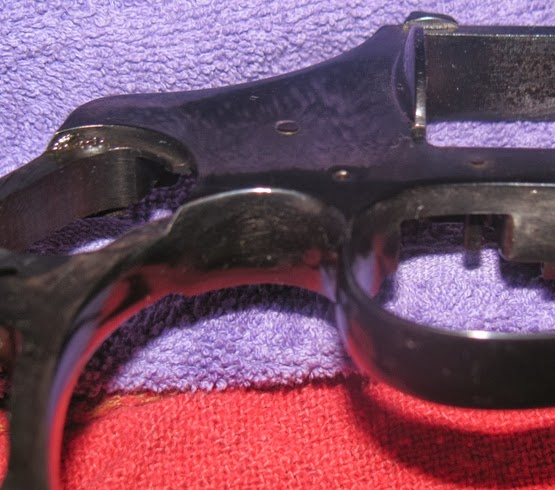 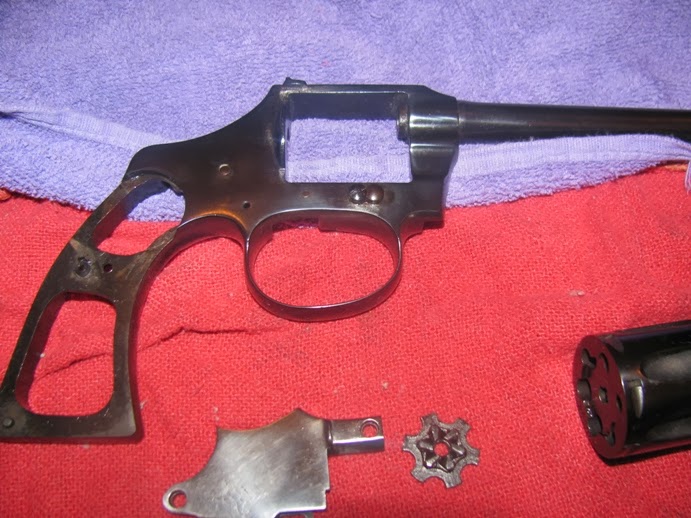 here is a before and after shot, hard to see the detail, but trust me, it looked much better! 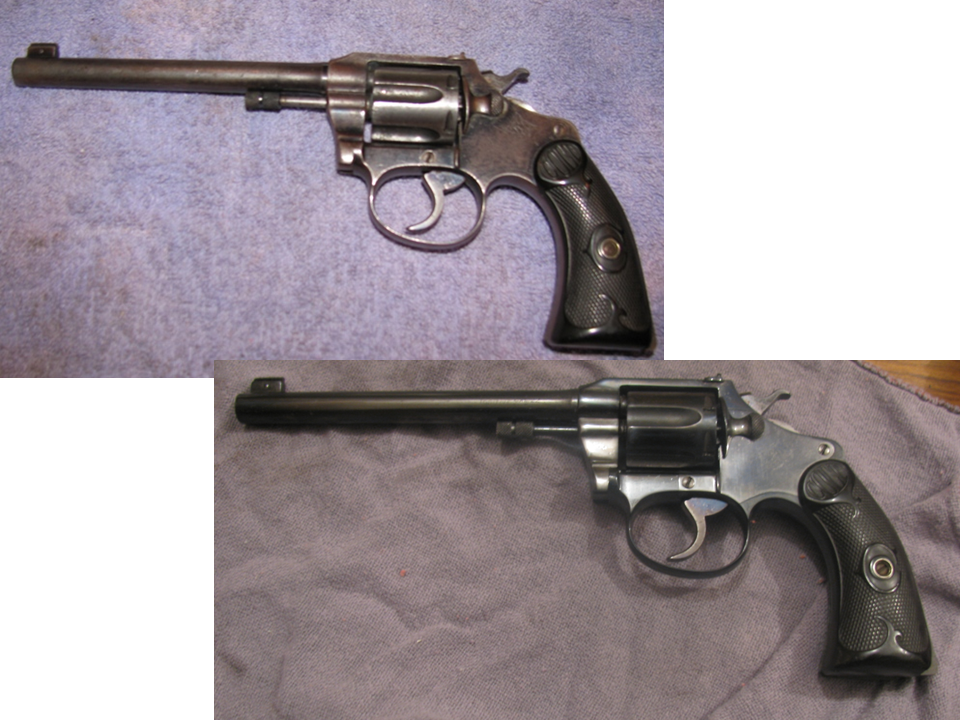