This month's guest post is by another member of my local gun forum (he goes by the name cruffler). He built a retro/classic AR.

Many older folks might find it interesting that the AR-15 has been around long enough, that the originals can be called "classics" now....


I received a $35 dollar price break for removal of the “evil bits” - Bolt Carrier, Trigger, Hammer, Dis-connector and Selector Lever 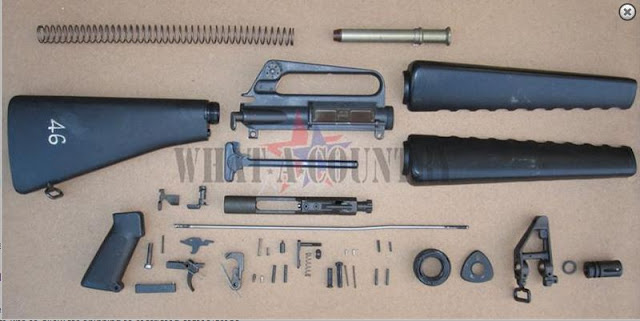 Of course it cost me more that that to replace them with the approved items. I got the bolt carrier from PSA (they are out of stock as of this writing, I don't recall the exact price, but it was around $50 IIRC 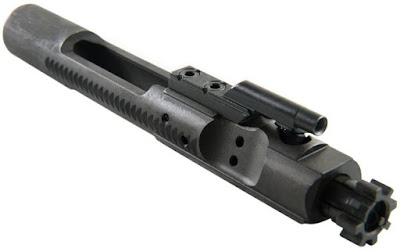 and the ALG, mil-spec trigger group from AIM for $45 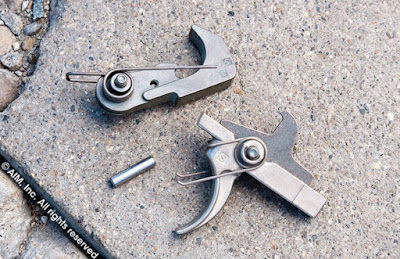 I also had to order a safety selector which was missing from the parts kit from PSA for $10 and an AR15 lost parts kit from Amazon with pins/springs to replace a few pins that were also AWOL from the original parts kit. 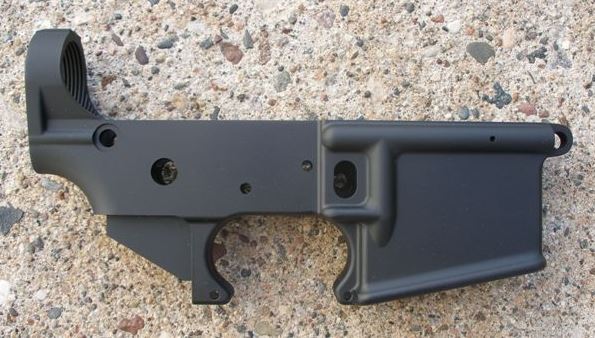 I went back and forth trying to decide to order a gray or black receiver, and decided to go with the black. It was probably almost six months from the time that I placed my order to when I received it. Some of the time was taken up by my choice to have a black finish instead of the standard gray. Maybe I should have gone with the gray, but I like the looks of the black lower with the buttstock and foreend that came with the parts kit, so I really don’t regret my choice. 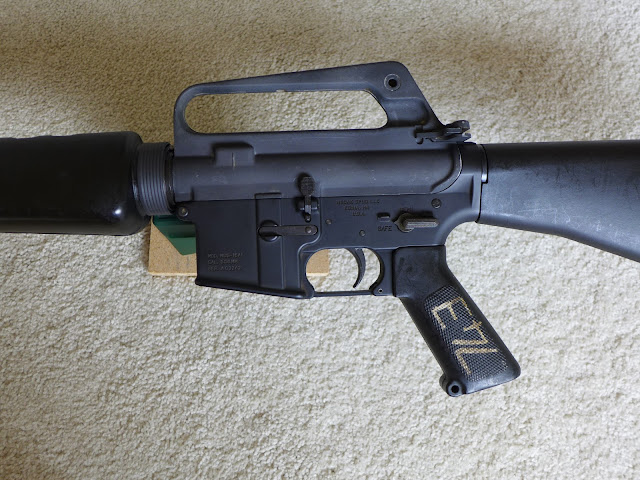 It’s not like I’m going to fool anyone into thinking that I have a real M16A1 anyway.  Especially with NODAKSPUD instead of a Colt or Armalite logo on the receiver.


A can of Brownells matte black Aluma-Hyde II to match the upper receiver to the black lower was $12. 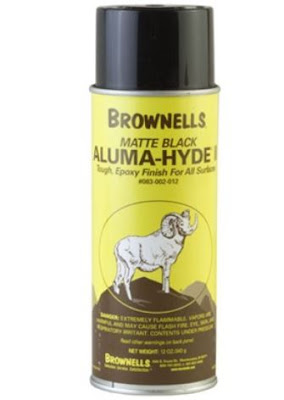 I also had to buy an armorer’s tool, and upper and lower receiver vice blocks for maybe $50.

Here is is finished, matching upper and lower and a period correct 20 round Colt magazine 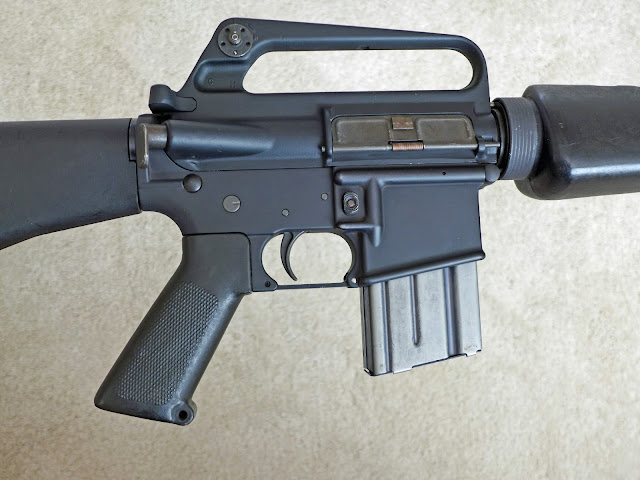 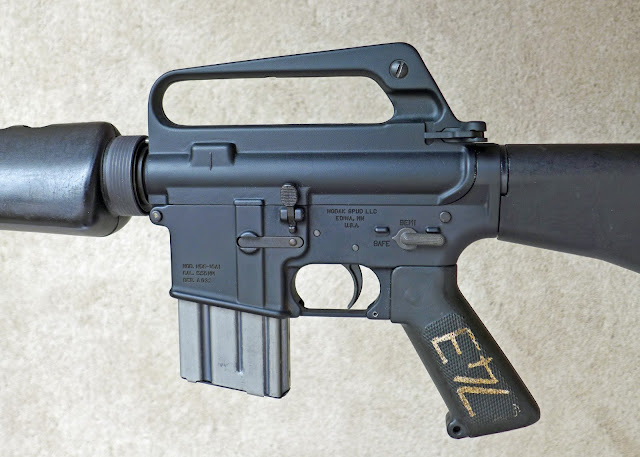 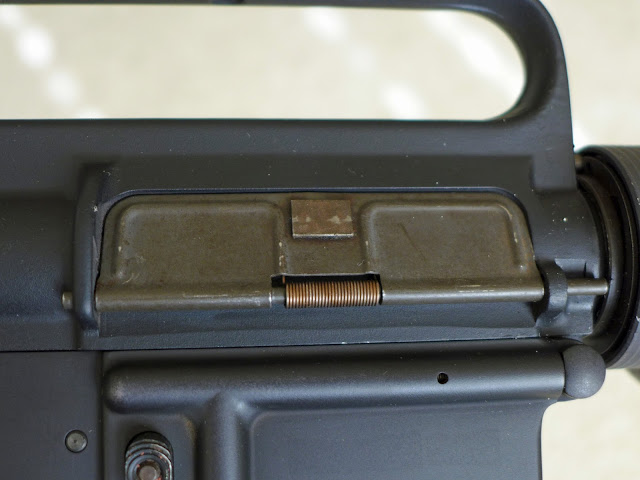 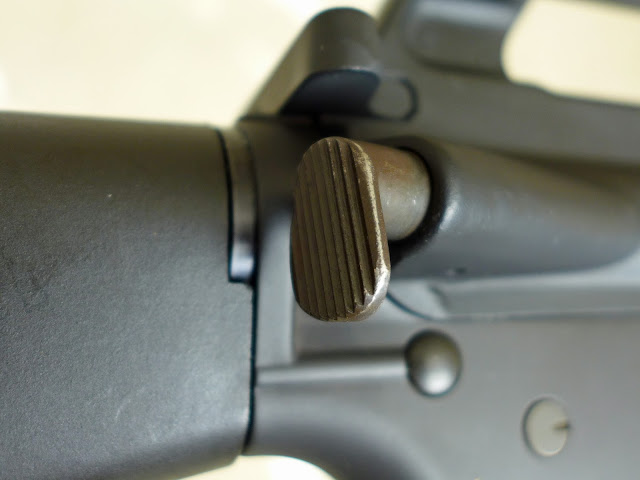 It turns out this sort of build is pretty popular. As I was preparing this post, Colt announced (at the NRA Annual Meetings) that they were bringing back the Colt M16A1 (in semi-auto of course). 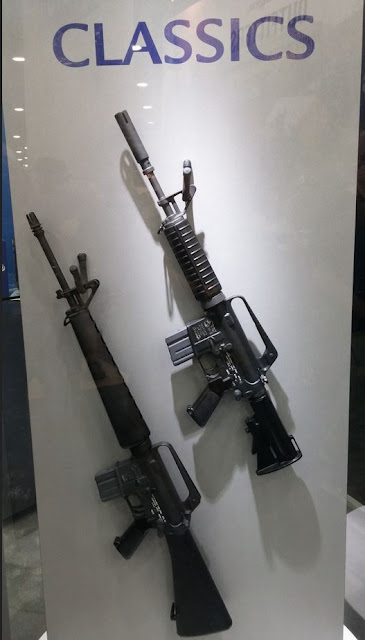 photo courtesy of The Firearm Blog